Having hired a new Sporting Director in the form of Luis Campos, there has been a noticeable change in the transfer policy of Paris Saint Germain this season. They have opted to sign youngsters with potential in the form of Vitinha from FC Porto and more recently, Hugo Ekitike from Stade de Reims. Les Parisiens have transfer listed as many as eight players, including the likes of Julian Draxler, Mauro Icardi, Rafinha, Ander Herrera and Idrissa Gueye, to name a few. But recent reports claim that Chelsea are interested in signing Presnel Kimpembe. 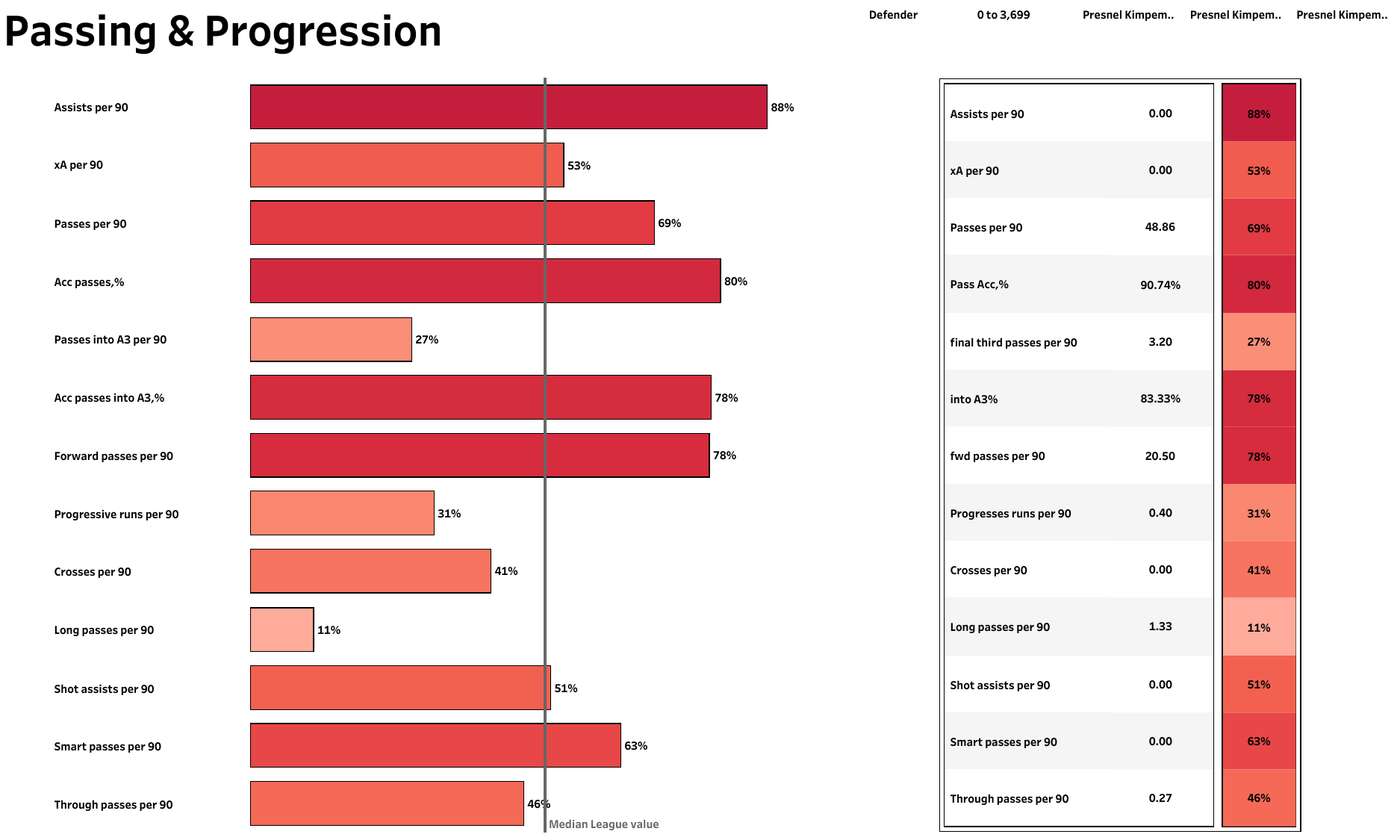 Kimpembe made 41 appearances for PSG last season, which included seven in the UEFA Champions League. He often instigated attacks from the back as he attempted 49 passes per 90 with 91% reliability. He did not pass the ball frequently into the final third but when he did, it was more accurate than 78% of the defenders. He made less than 0.5 progressive runs per 90, which was in the bottom third for defenders. He completed a pitiful 1.33 long balls per 90, which put him in the bottom 11% among defenders. 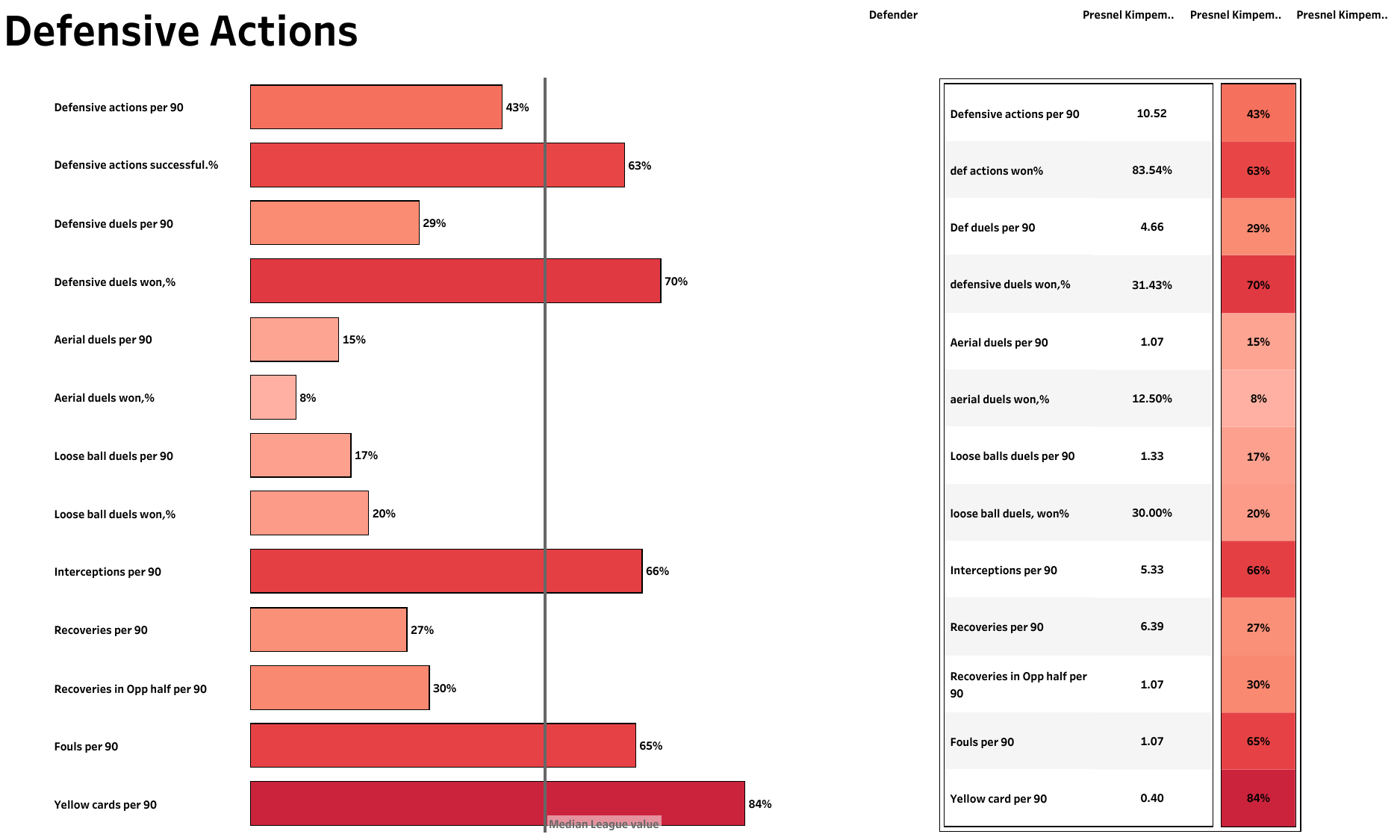 Kimpembe attempted only 10.5 defensive actions per 90 and had a success rate of 83.54%. Similarly, he attempted only 4.66 defensive duels per 90 but was relatively more successful than other defenders at 31.43%. However, the 28-capped French international’s biggest drawback is his aerial ability. Despite standing at 183 cm, he won only 12.5% of his aerial duels, which is atrocious for a centre-back, and he attempted only one per 90. He did not do much in loose ball recovery either, with just 30% of his loose ball duels being successful. He made 5.33 interceptions, which put him in the upper third, but he had only 6.39 recoveries per 90, good enough only for the bottom 27%. 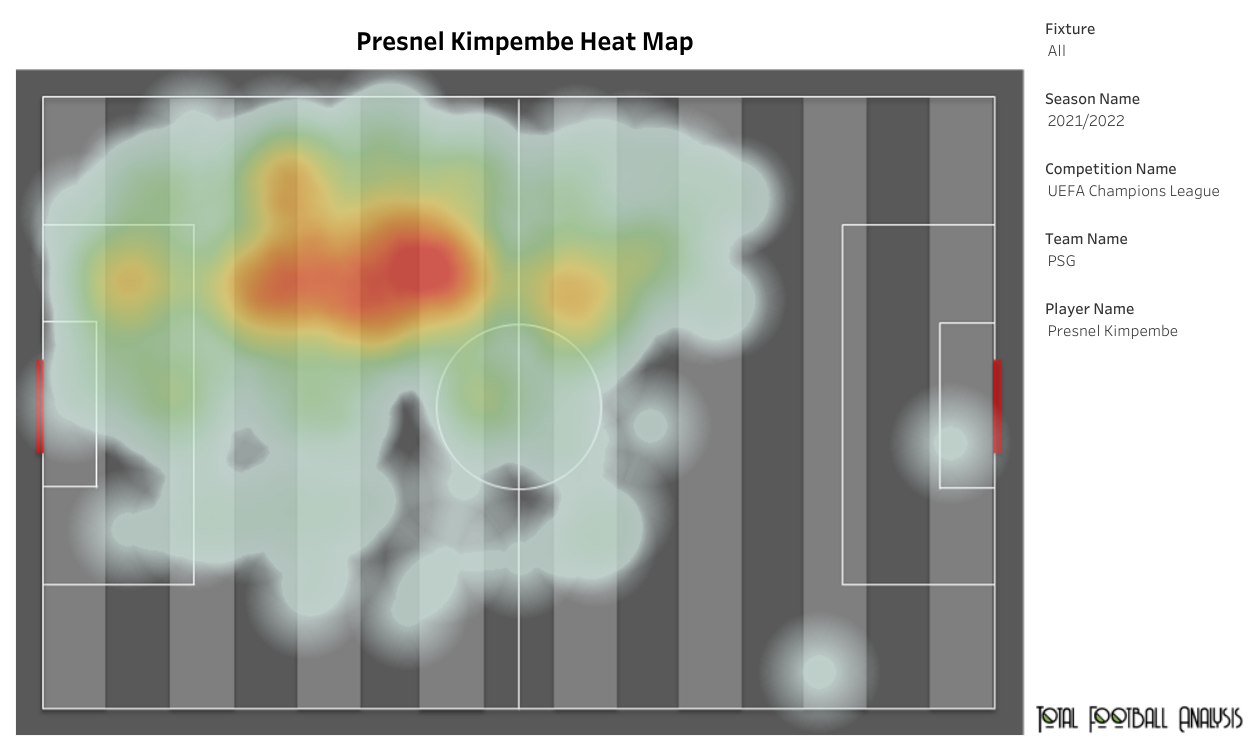 As a left-footed and left-sided centre-back, Kimpembe was mostly involved in the defensive third of the pitch. He provided cover for the left-back whenever the latter made advancing and overlapping runs into the final third. He contested only 7.43 pressures per 90, 3.43 tackles & interceptions per 90, 3.29 clearances per 90 and 1.86 blocks per 90. 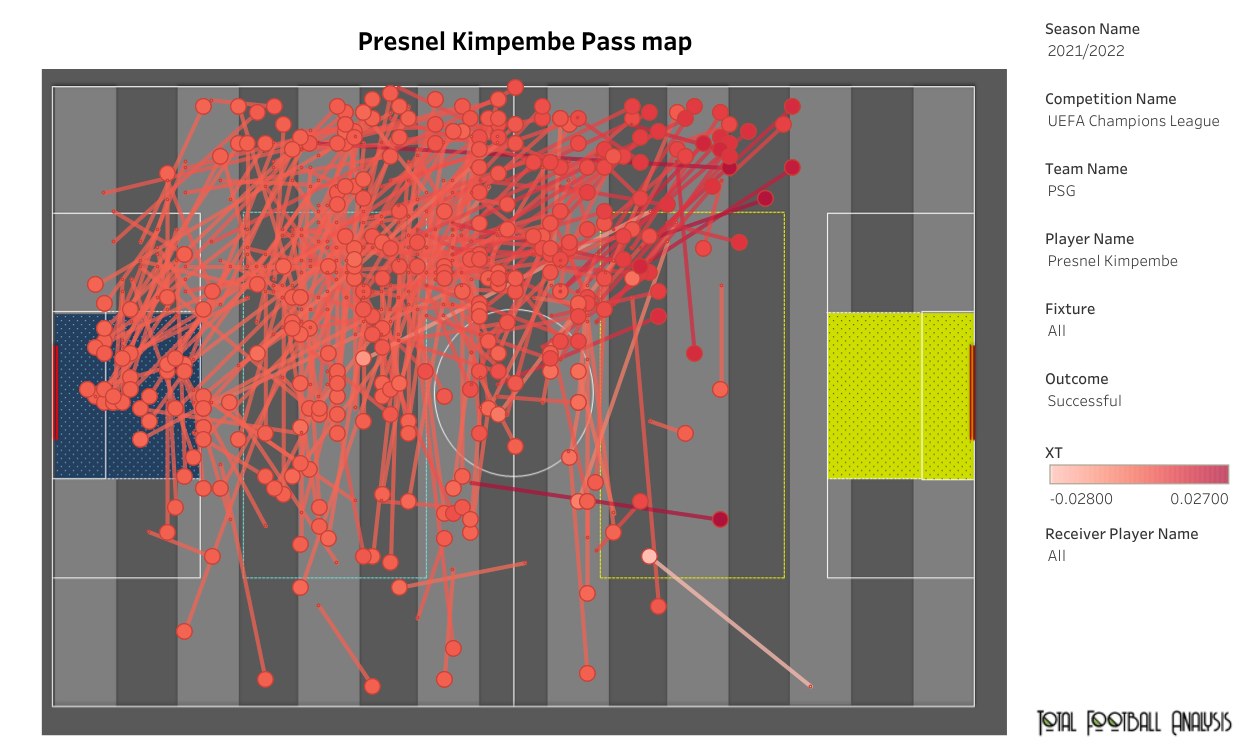 While Kimpembe was good in his passing, he did not possess much of a range as most of his passes went either sideways or backwards. He completed only 2.86 passes into the final third per 90, less than one progressive pass per 90 and 2.14 progressive carries per 90.

With Presnel Kimpembe’s contract expiring in the summer of 2024, PSG are in no real hurry to sell the World Cup winner. But with Chelsea desperate for centre-backs, having lost both Christensen and Rüdiger, a big enough bid from the West London club might be accepted by the French Champions.