Transfer Talk: Vitinha – The Porto midfielder being linked with a move to PSG

Paris Saint Germain won their 10th league title in history and their 8th since their takeover by the Qatar Sports Investment (QSI). However, they once again failed to meet expectations in the Champions League as they crashed out of the Round of 16 to eventual winners Real Madrid. Ahead of the next season, the French Champions will look to strengthen their squad, particularly in midfield. With Ander Herrera and Idrissa Gueye turning 33 later this year, some fresh legs are needed in the centre of the park. One such option could be FC Porto and Portugal midfielder, Vitinha. 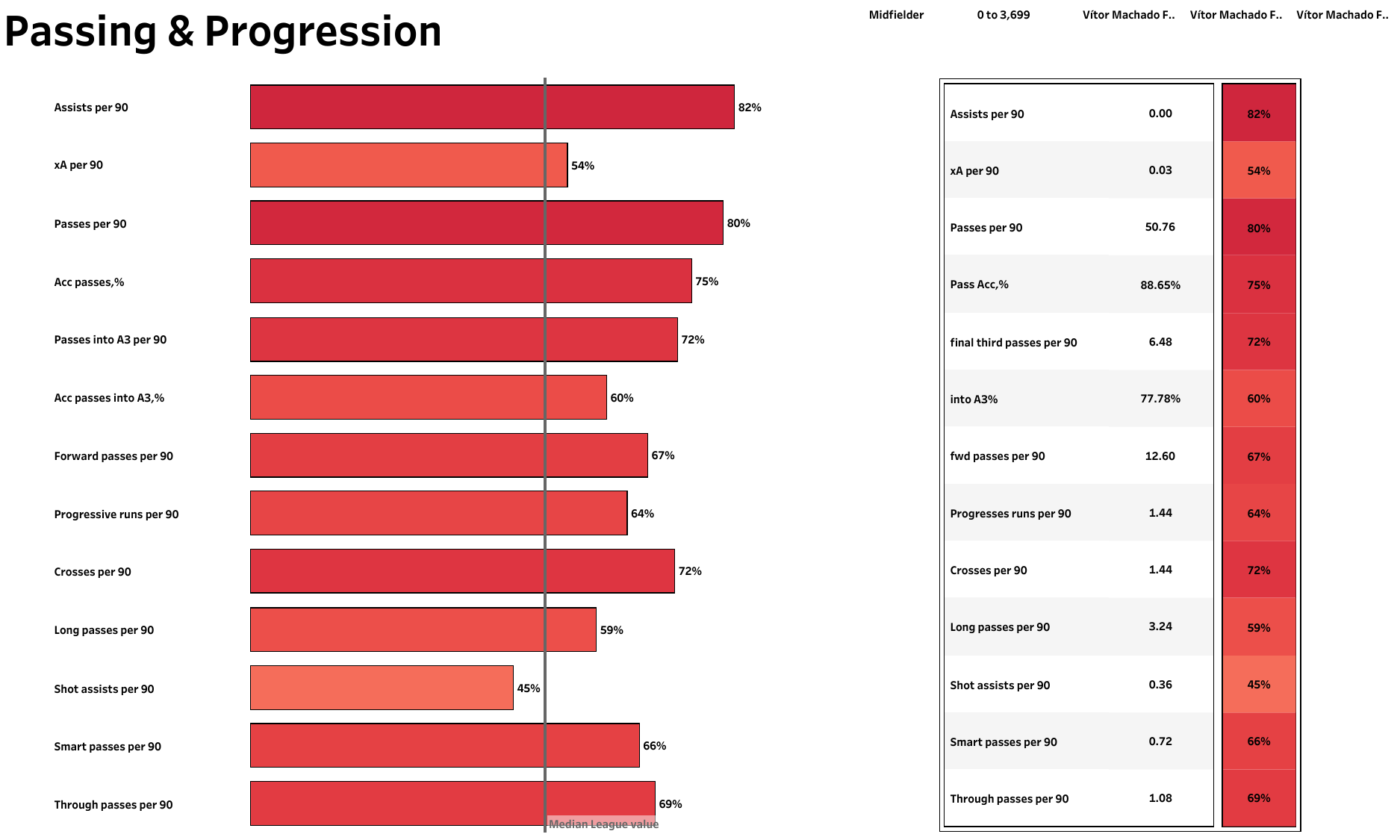 Vitinha played in all six games for FC Porto in the 2021-22 UEFA Champions League, though he made only one start and was on the pitch for 223 minutes. The Portuguese may not have scored or assisted for the Dragons, but he was very much an active man during the build-up play by the team. The midfielder averaged just over 50 pass attempts per 90 at a respectable 88.65%. Vitinha was also more than up for it when it came to progressing the ball up the pitch as he averaged just under six and a half pass attempts into the attacking third per 90 at an accuracy of 77.78%. The 22-year-old also ranked above the median for midfielders in progressive runs per 90, crosses per 90, smart passes per 90 and through balls per 90. 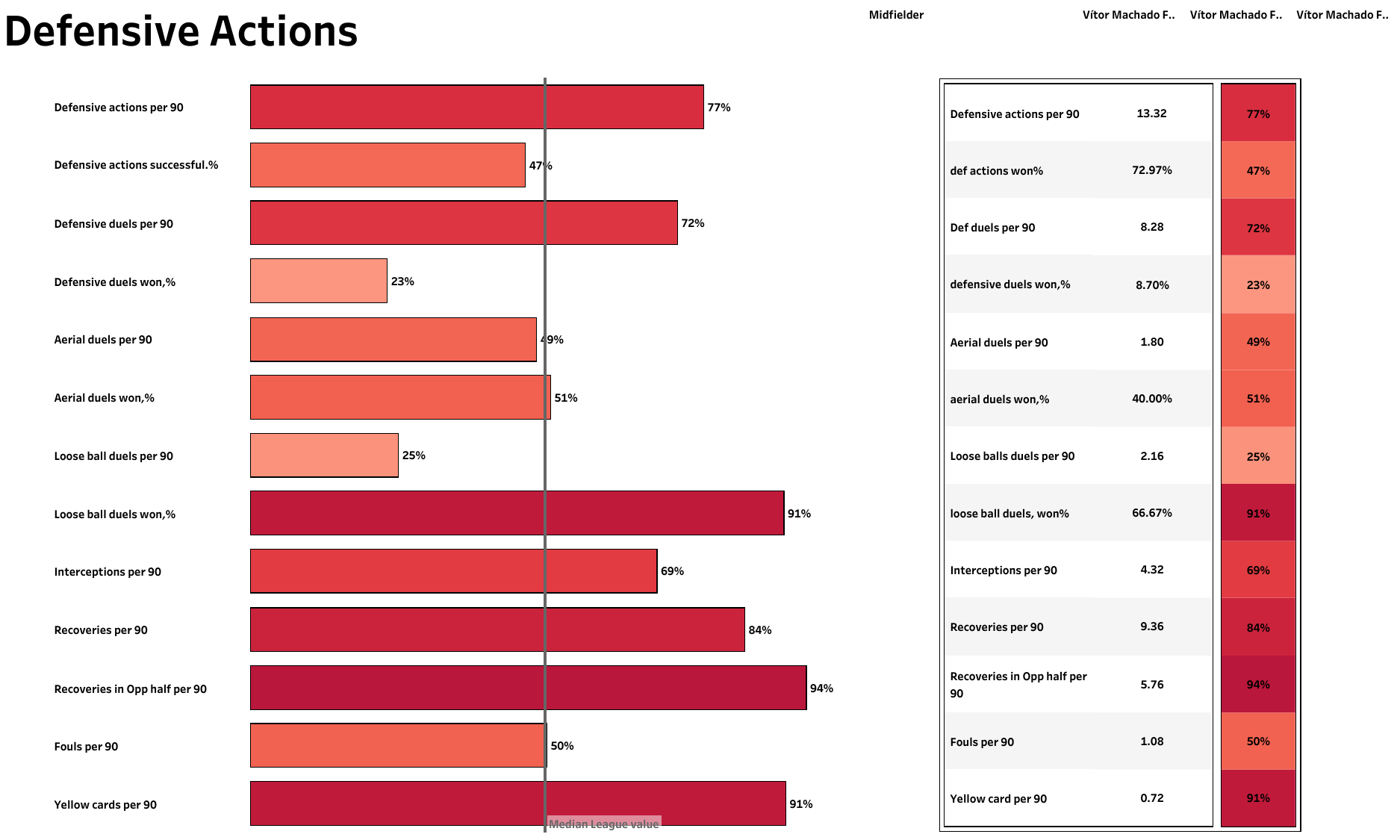 Vitinha attempted over 13 defensive actions per 90 in the UEFA Champions League campaign just gone by and had a win rate of close to 73%. The 22-year-old was able to recover two-thirds of the loose ball duels he conteste, which was in the upper decile among midfielders. Vitinha made 4.32 interceptions per 90, 9.36 recoveries per 90 and 5.76 recoveries in the opposition’s half per 90. In the latter two categories, the Portuguese international ranked in the 84th and 94th percentiles, respectively, for midfielders. However, the main drawback of the former Wolves player is the lack of temperament or discipline as he picked up two yellow cards in the time spent on the pitch. This translates to roughly 0.72 yellow cards per 90. 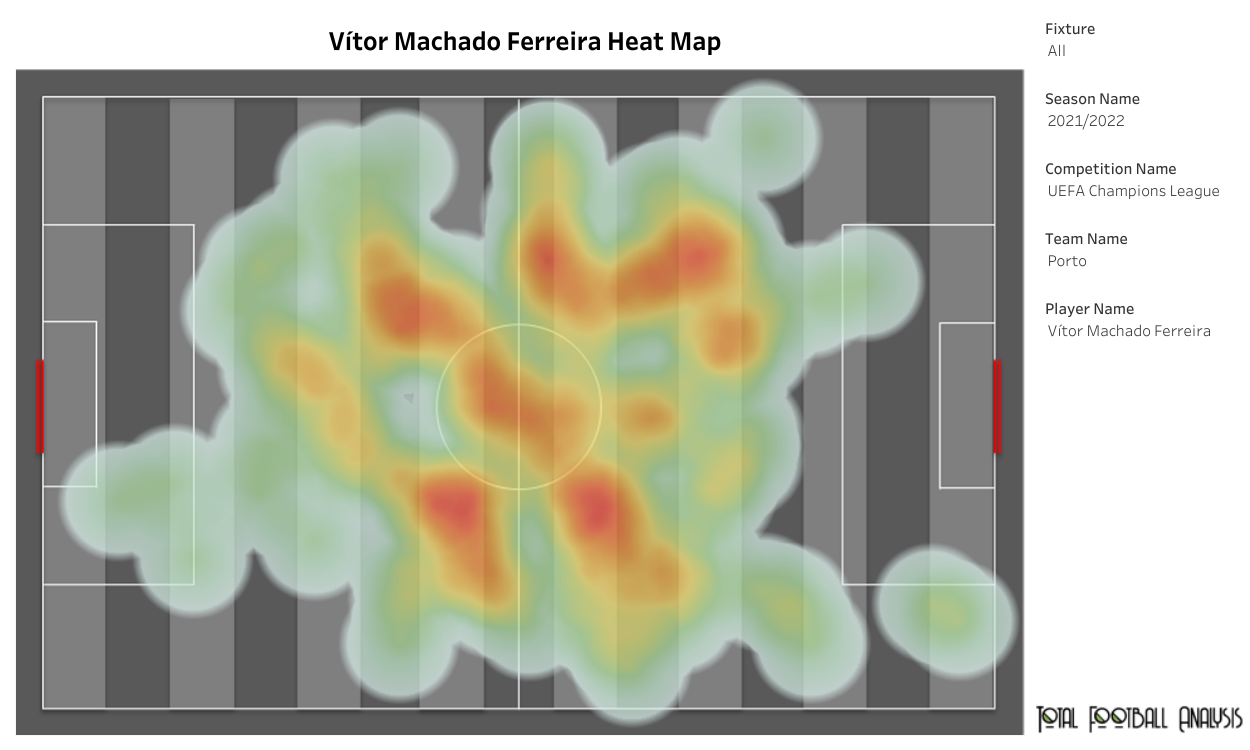 Displayed above is Vitinha’s heat map from the 2021-22 UEFA Champions League. Whenever the Portuguese was out there on the pitch, he was most influential in the midfield, which should come as no surprise. The 22-year-old completed 4.4 progressive passes per 90, 5.2 balls into the final third per 90, 6.4 progressive carries per 90 and 2.8 carries into the final third per 90. The former Wolves man worked very hard off the ball as he attempted 29.2 pressures per 90 and 6.4 tackles and interceptions per 90.

PSG have an aging midfield with the likes of Ander Herrera, Idrissa Gueye, Georginio Wijnaldum and Danilo Pereira, all 31 or above by the end of the calendar year. PSG could do worse than adding a youthful look to the midfield ahead of the next season in the form of Vitinha.

Previous articleTransfer Talk: Milan Škriniar – The Inter Milan centre-back in demand by PSG
Next articleUnder the microscope: What should be Lionel Messi’s role for PSG in the next season?