When Paris Saint Germain triggered the 222 million clause of Neymar, who was at Barcelona in the summer of 2017, they not only broke the transfer record but did so spectacularly as the record more than doubled what Manchester United paid for Paul Pogba in 2016. When Neymar signed for PSG, they had an objective of winning the UEFA Champions League within the next few years. However, Le Parisien failed to lift the UCL, and the Brazilian has missed a whopping 104 matches through injuries since his move from Barcelona. Since Luis Campos’ appointment as the sporting director, reports have claimed that Neymar would be on the list of players to be sold. 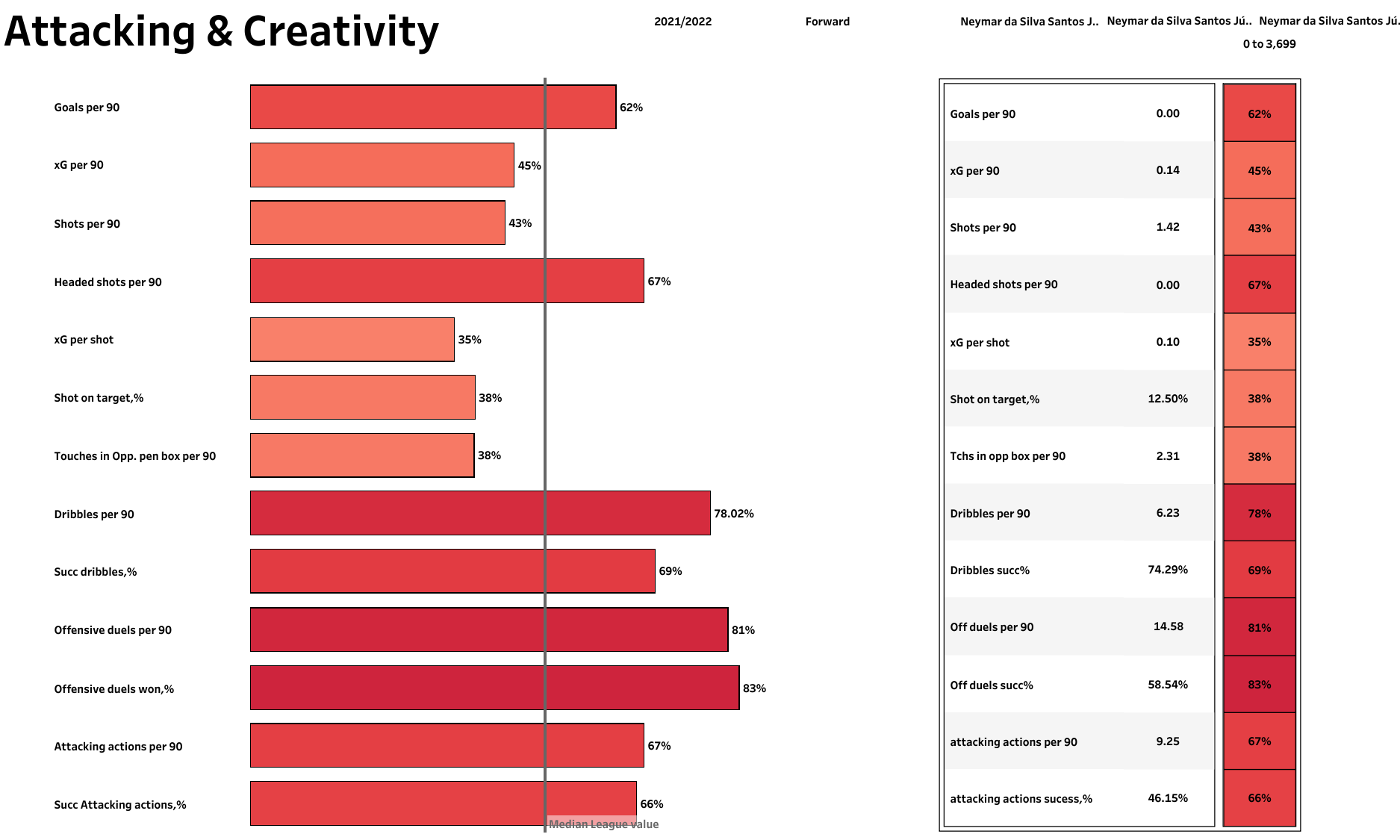 Neymar featured in six games for PSG in the 2021-22 UEFA Champions League, playing for 469 minutes. He failed to score even once during the competition. What’s worse, his xG per 90 of 0.14 put him in the bottom half for forwards. In fact, the Brazilian ranked in the bottom half for shots per 90, xG per shot, percentage of shots on target and touches in the opposition’s penalty area per 90, all key indicators of an attackers ability and impact. What Neymar does have is his dribbling ability as he attempted 6.23 dribbles per 90 with a success rate of a shade under 75%. He also contested 14.58 offensive duels per 90 and won 58.5% of them. 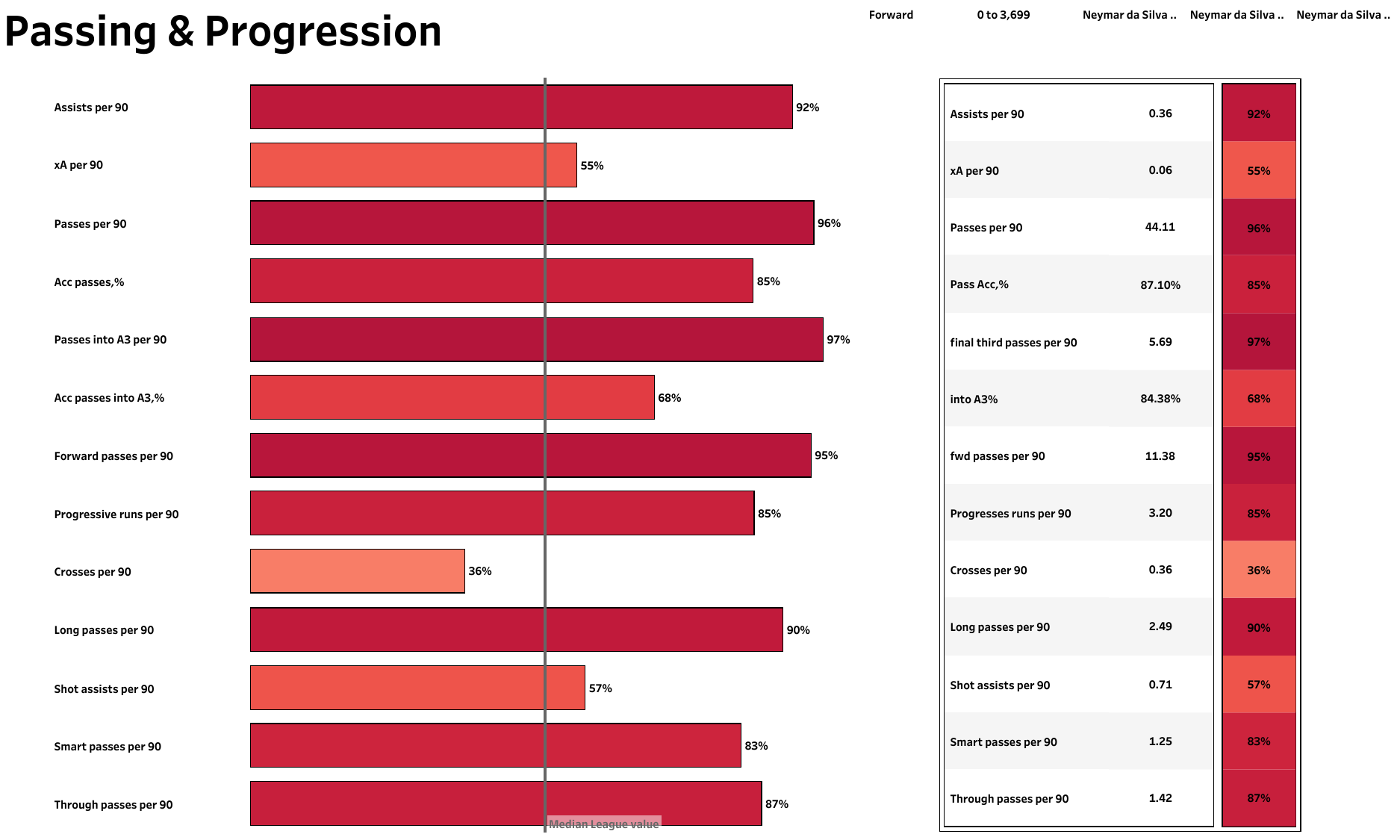 Neymar provided two assists for the team and did so at a rate of 0.36 per 90, putting him in the top 8% of forwards. This is far higher than the 0.06 xA per 90 estimated. The Brazilian superstar was very much an active player for PSG in build-up play as he attempted over 44 passes per 90 at an accuracy of 87.1%. He also attempted 5.69 balls into the final third per 90. Neymar made 3.2 progressive runs per 90 and 2.49 long balls per 90, the latter of which ranked him in the topmost decile among forwards. He also generated 1.25 smart passes per 90 and 1.42 through passes per 90. 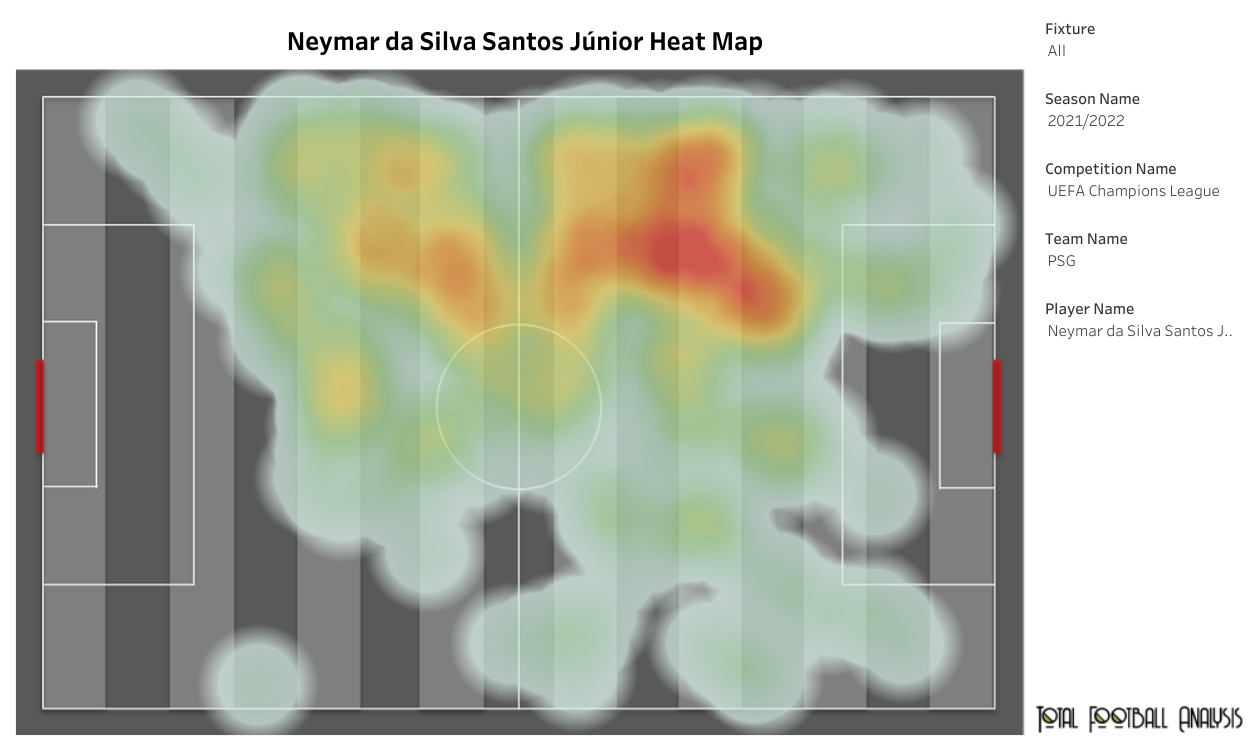 Neymar frequently started on the left wing for PSG in a front three alongside Messi and Mbappe. Among the trio, it was Neymar who worked the hardest off the ball as he attempted 18.5 pressures per 90 (of which 4.23 were successful) and 2.5 tackles & interceptions per 90. He also occasionally tracked back, as seen in the above heat map. 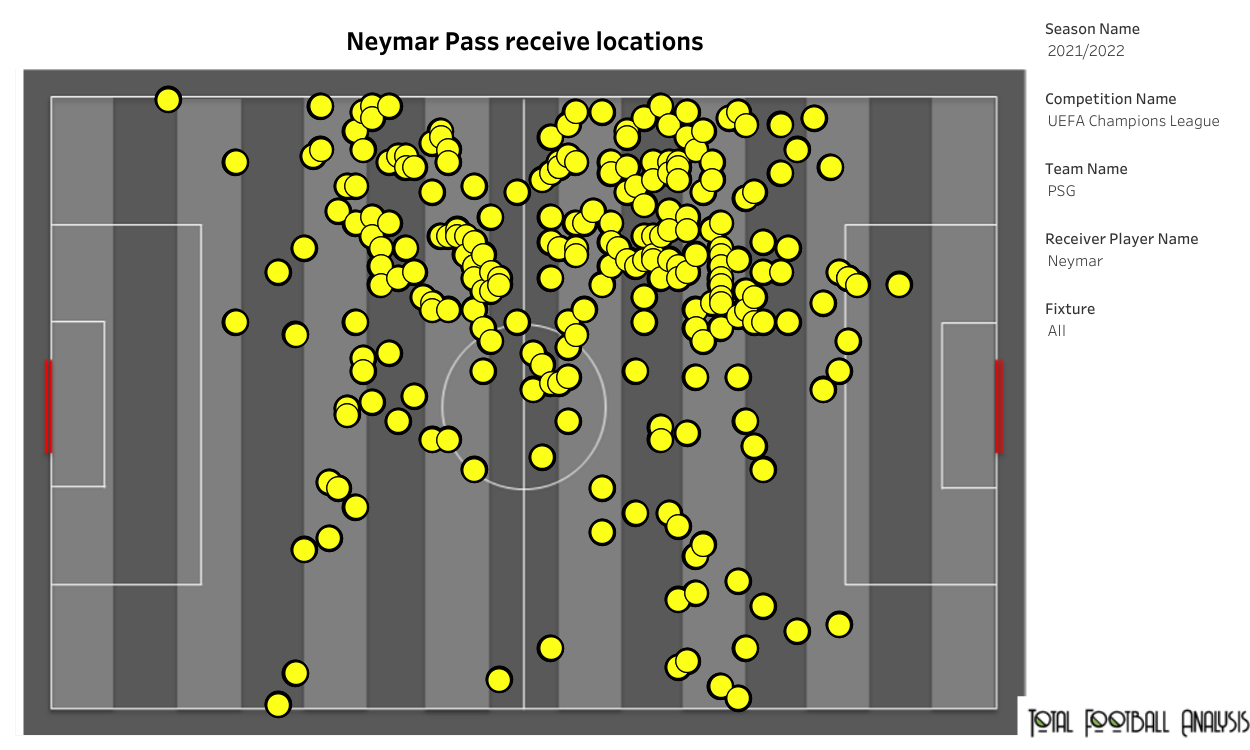 Initially, Neymar thought he would be the undisputed star at Parc des Princes, but he has been surpassed by Kylian Mbappe and even Lionel Messi since his arrival from Barcelona. While the new sporting director, Luis Campos, declared his intention to listen to offers for the Brazilian superstar, the exorbitant wages might put off potential suitors for sure.