When Lionel Messi signed for Paris Saint Germain on a free transfer from Barcelona on 10th August 2021, it sent shockwaves across the sporting world, not just the football. Bookmakers made PSG the favourites to win the UEFA Champions League after Messi’s signature. However, what followed was one of the biggest disappointments as Les Parisiens were knocked out of the UCL in the Round of 16 by eventual winners Real Madrid. The Argentine was a bit of a hit-and-miss as he did well in the group stages before missing a penalty against Thibaut Courtois in the first leg of the Round of 16. 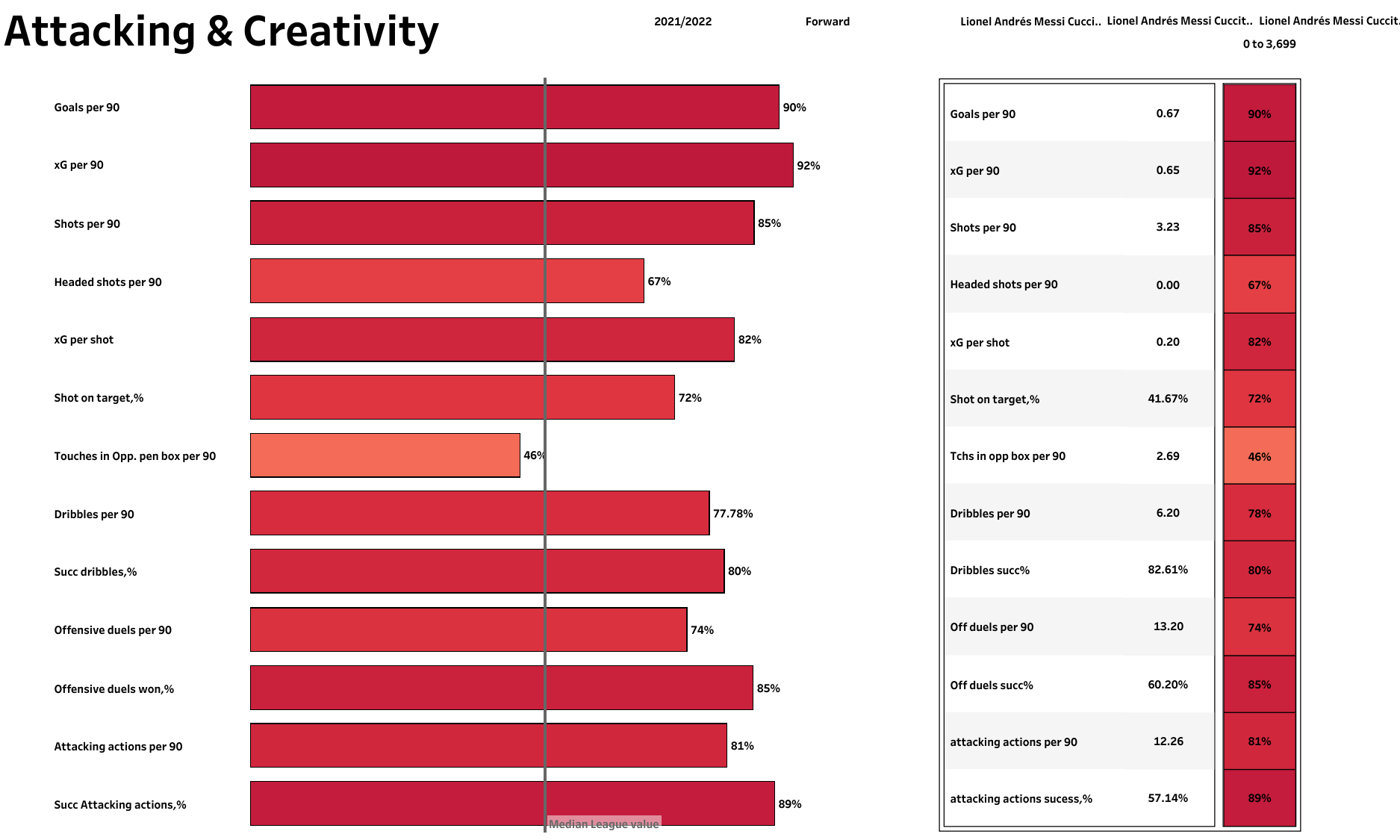 Messi played in seven out of the eight games that PSG featured in the UEFA Champions League last season. The diminutive Argentine scored five times or one every 126 minutes and did so at a rate of 0.67 goals per 90, slightly higher than what xG per 90 estimated. The Albiceleste skipper fired off 3.23 shots per 90 and generated an xG per shot of 0.2 in the process. Despite turning 35, Messi continued to be a highly successful dribbler of the ball, completing well over four-fifths of his attempted take-ons. 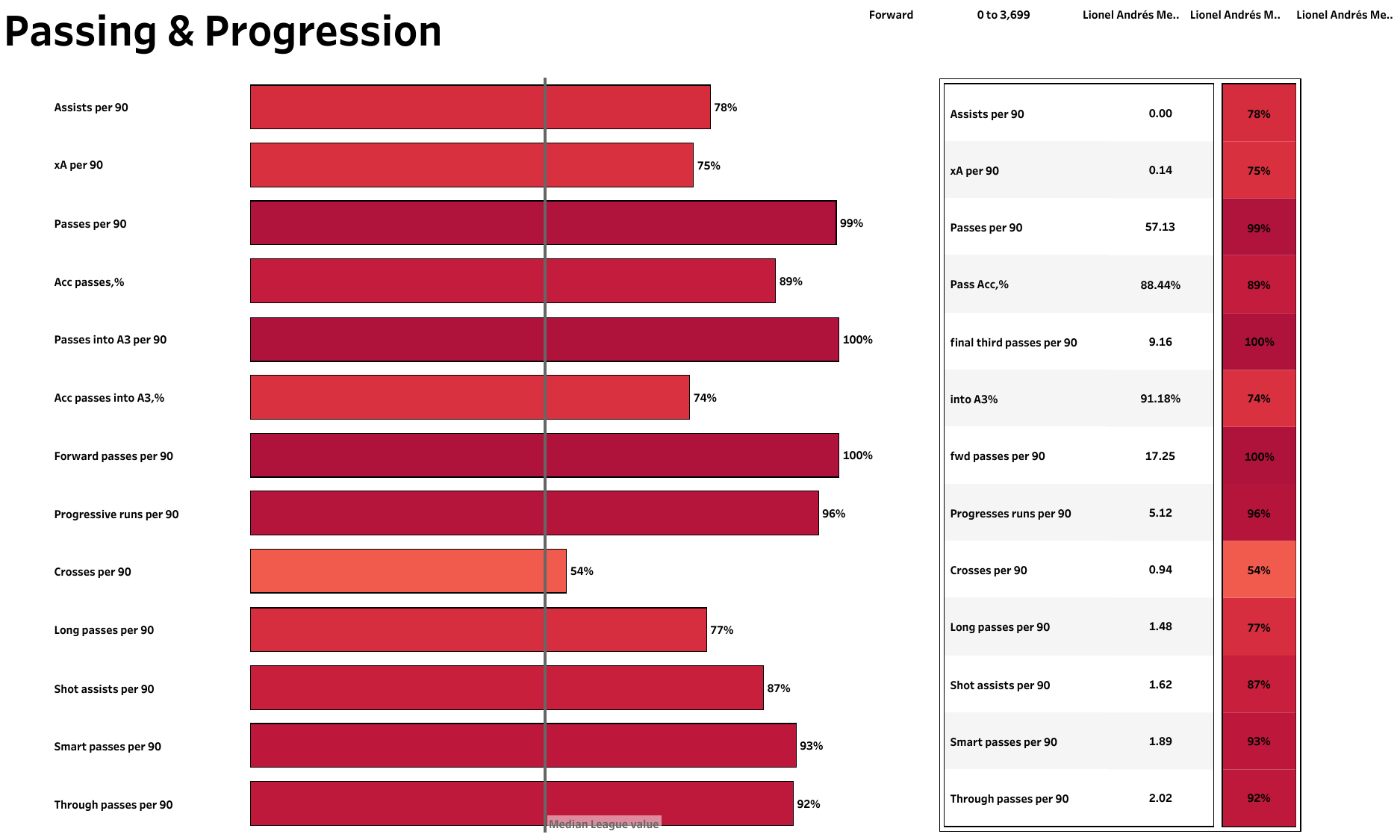 Messi may not have provided an assist in the recent UEFA Champions League, but he generated an xA per 90 of 0.14. Having evolved into a playmaker/goalscorer hybrid in the latter years with Barcelona, Messi continued to be involved in the build-up, averaging 57 pass attempts per 90 at an accuracy of 88.44%. The Rosario-born attacker was even more impressive in ball progression, averaging 9.16 balls into the final third per 90, with 91.18% of his passes finding a teammate in the attacking third. With over five progressive runs per 90, the former Barcelona man ranked in the top 4% of forwards in this category. 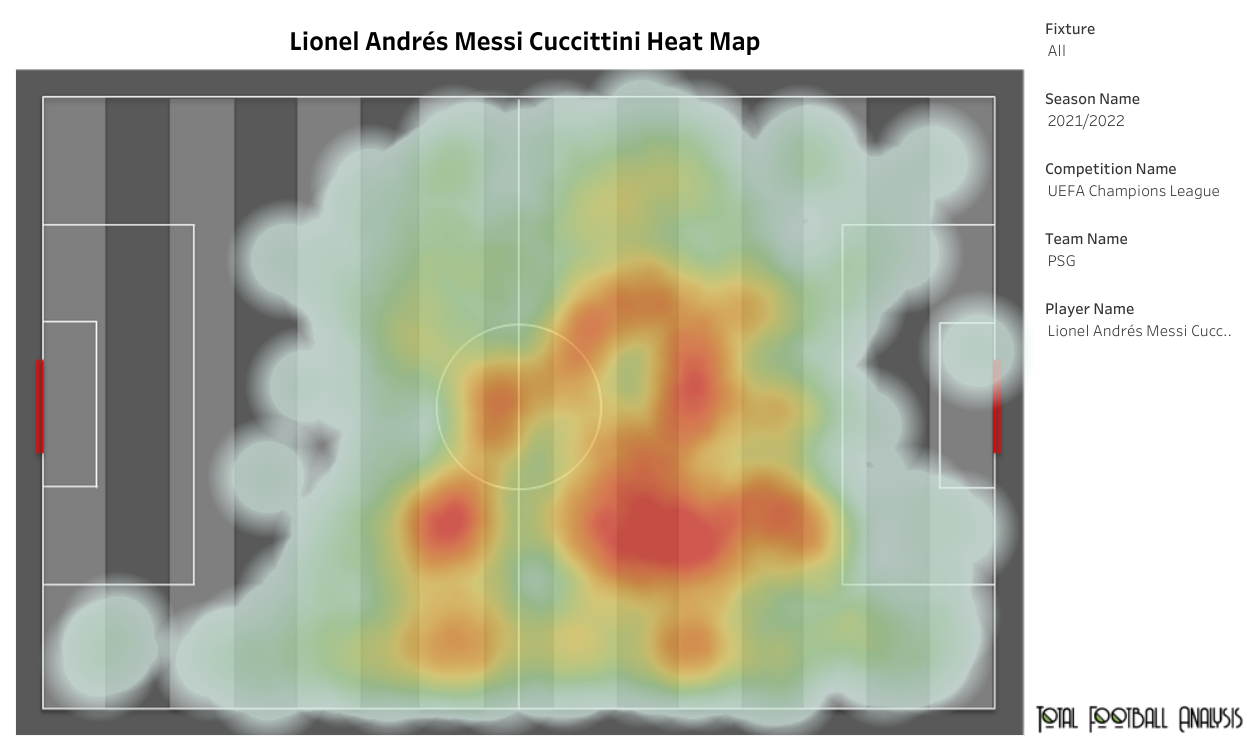 Messi frequently started on the right wing in the UEFA Champions League but drifted towards the centre where he had more influence on the game – dictating the tempo and allowing Achraf Hakimi to make advancing and overlapping runs from the right-back position. The Argentine maestro completed 6.86 progressive passes per 90, 5.86 passes into the attacking third per 90, 2.43 passes into the opposition’s penalty box per 90, 13.3 progressive carries per 90 and 4.86 carries into the final third per 90. 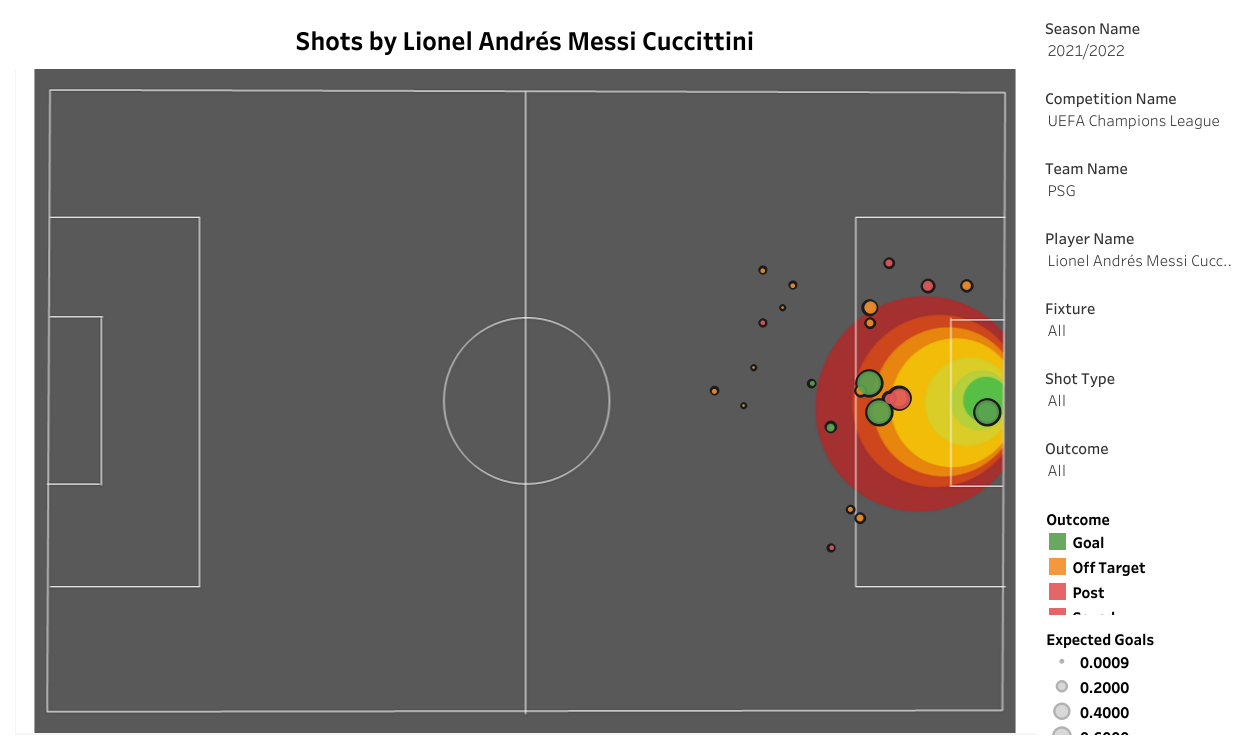 As seen from the above shot map, Messi made use of almost every big goalscoring opportunity that he received, except the penalty miss against Real Madrid in the first leg of the Round of 16. The Argentine registered seven shots on target and scored five times for Les Parisiens in the competition.

Lionel Messi has, at best, endured a mixed debut campaign for PSG, underperforming in Ligue 1 but shining in the Champions League despite the elimination at the hands of Real Madrid. Next season, the French Champions should use the diminutive Argentine in the number 10 role and allow the right wing to be occupied by Hakimi. That will allow Messi to be at his best through the middle with his playmaking.