When Paris Saint Germain signed Georginio Wijnaldum from Liverpool on a free transfer in the summer of 2021, it was expected that the 31-year-old would bolster the midfield by adding the engine in the centre of the park. However, he has been nothing short of disappointing at best and disaster at worst. Just 12 months on from his transfer, the French Champions are apparently willing to let go of the 86-capped Dutch international. According to some news outlets, the former PSV Eindhoven man wants to reunite with Jurgen Klopp at Liverpool. 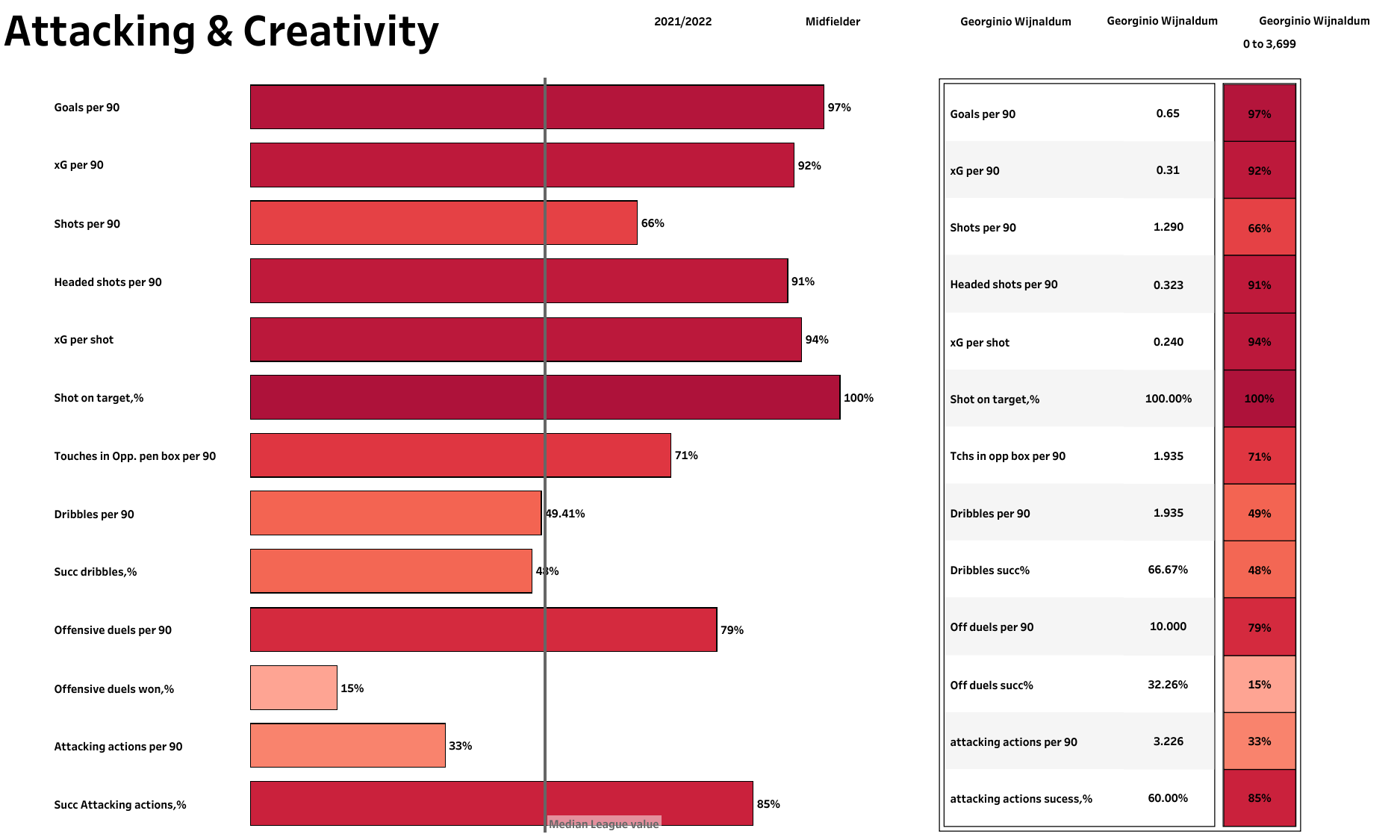 Wijnaldum featured for PSG in 38 matches across all competitions, including five in the UEFA Champions League. He scored twice in the competition at a rate of 0.65 per 90, far higher than the 0.31 xG per 90 predicted. Still, he ranked in the upper decile for both categories. He attempted a total of four shots, and all of them hit the target generating an xG per shot of 0.24 in the process. The Dutchman ranked in the 100th percentile for shots on target and in the 94th percentile for xG per shot. However, these would not be sustained had he played more. 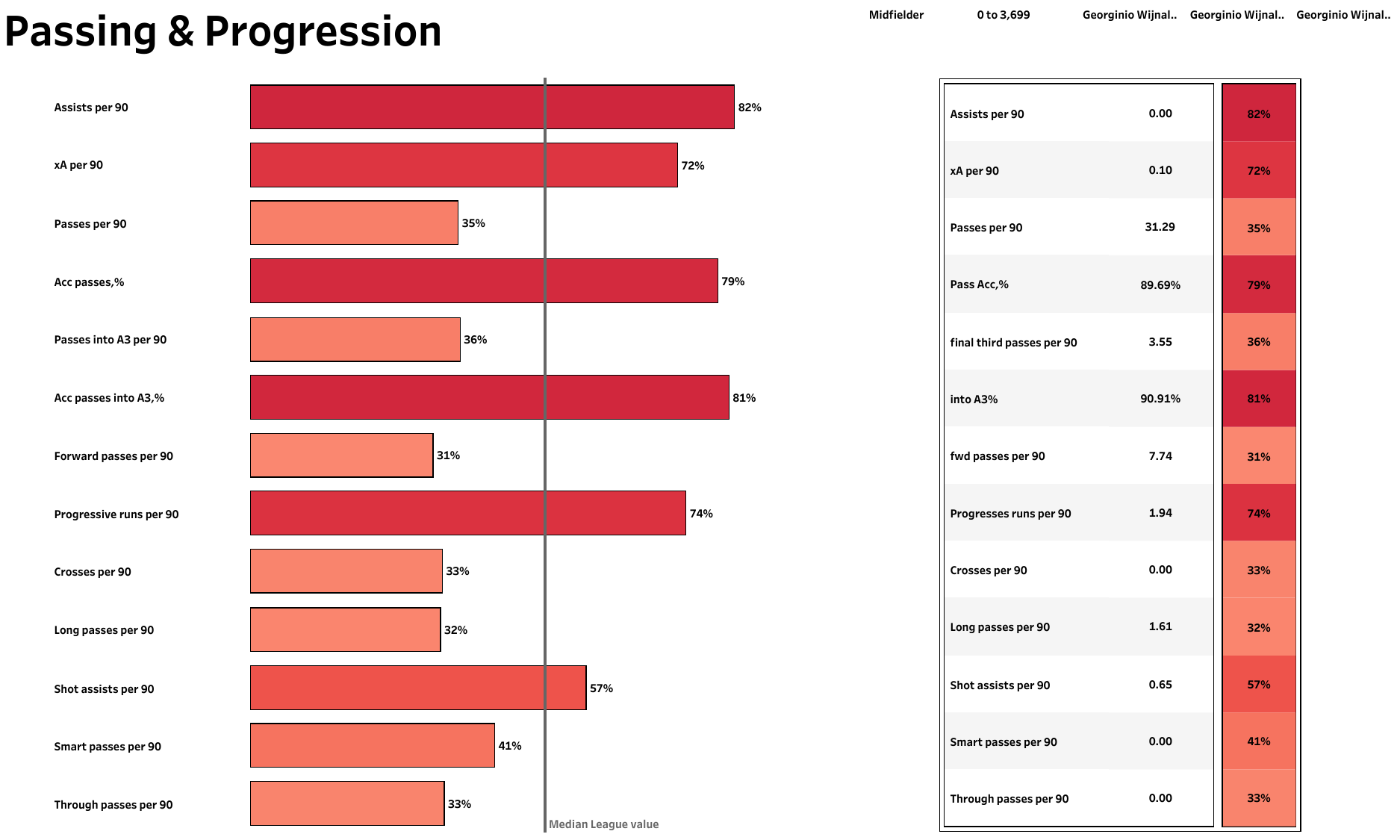 Wijnaldum generated 0.1 xA per 90 whenever he was on the field. Despite his pass accuracy of nearly 90%, he rarely made them, as he averaged only 31 pass attempts per 90, the latter of which ranked him in the bottom 35%. It is a similar trend in passes into the final third; he averaged only 3.55 per 90 but completed close to 91% of them. The former Liverpool midfielder opted to play it safe as he made only 7.74 forward passes per 90. But he did make a respectable 1.94 progressive runs per 90, placing him close to the upper quartile. 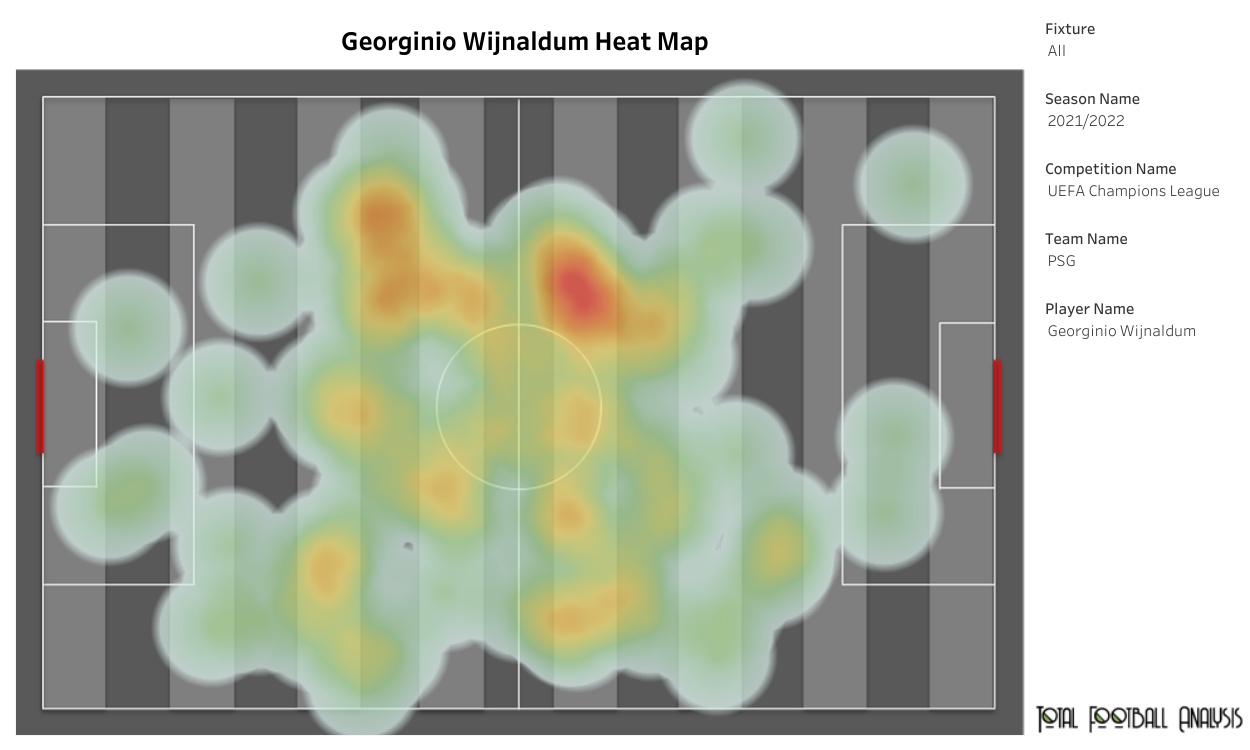 Wijnaldum was most active in the midfield areas, particularly on the left centre of the midfield. With the ball at his feet, he made five progressive carries, one carry into the final third and one carry into the penalty box in the limited game time received. Defensively, he attempted 37 pressures, nine recoveries, three tackles and interceptions, and three blocks and clearances each in total. 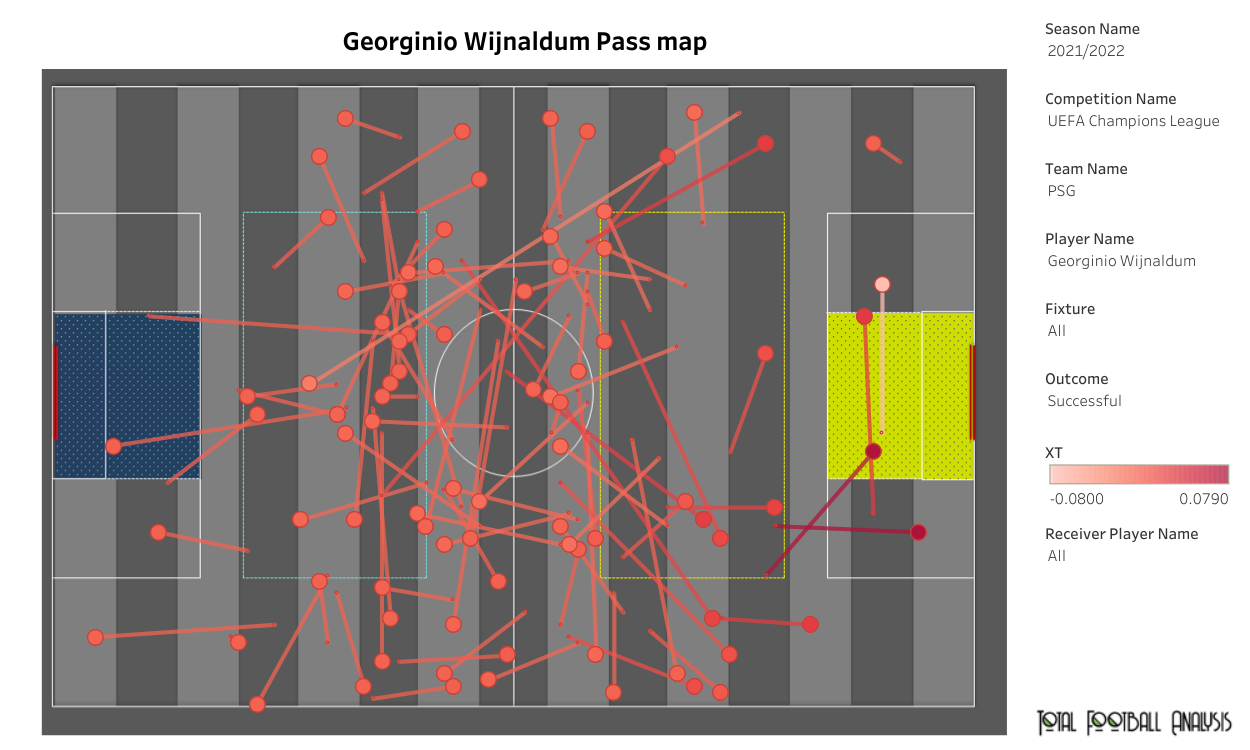 Wijnaldum completed 93 passes of the 103 he attempted, according to FBREF. He made three progressive passes, four balls into the final third, two key passes and one pass into the penalty area during his time on the pitch.

Georginio Wijnaldum was actually not bad whenever he played on the pitch. However, he was rarely trusted by Mauricio Pochettino and as a result, wants to leave Les Parisiens this summer, at least on a loan deal.