After the appointment of Luis Campos as the Football Advisor, who replaced Leonardo, there has been a change in the transfer policy of Paris Saint Germain. They have opted to sign younger players with a high potential in the forms of Vitinha from FC Porto, Hugo Ekitiké from Stade de Reims and most recently, Nordi Mukiele from RB Leipzig. The likes of Julian Draxler, Mauro Icardi and a few other deadwood players are up for sale. If they are sold successfully, there needs to be a young player replacing them. One such young man could be Chelsea’s Callum Hudson-Odoi. 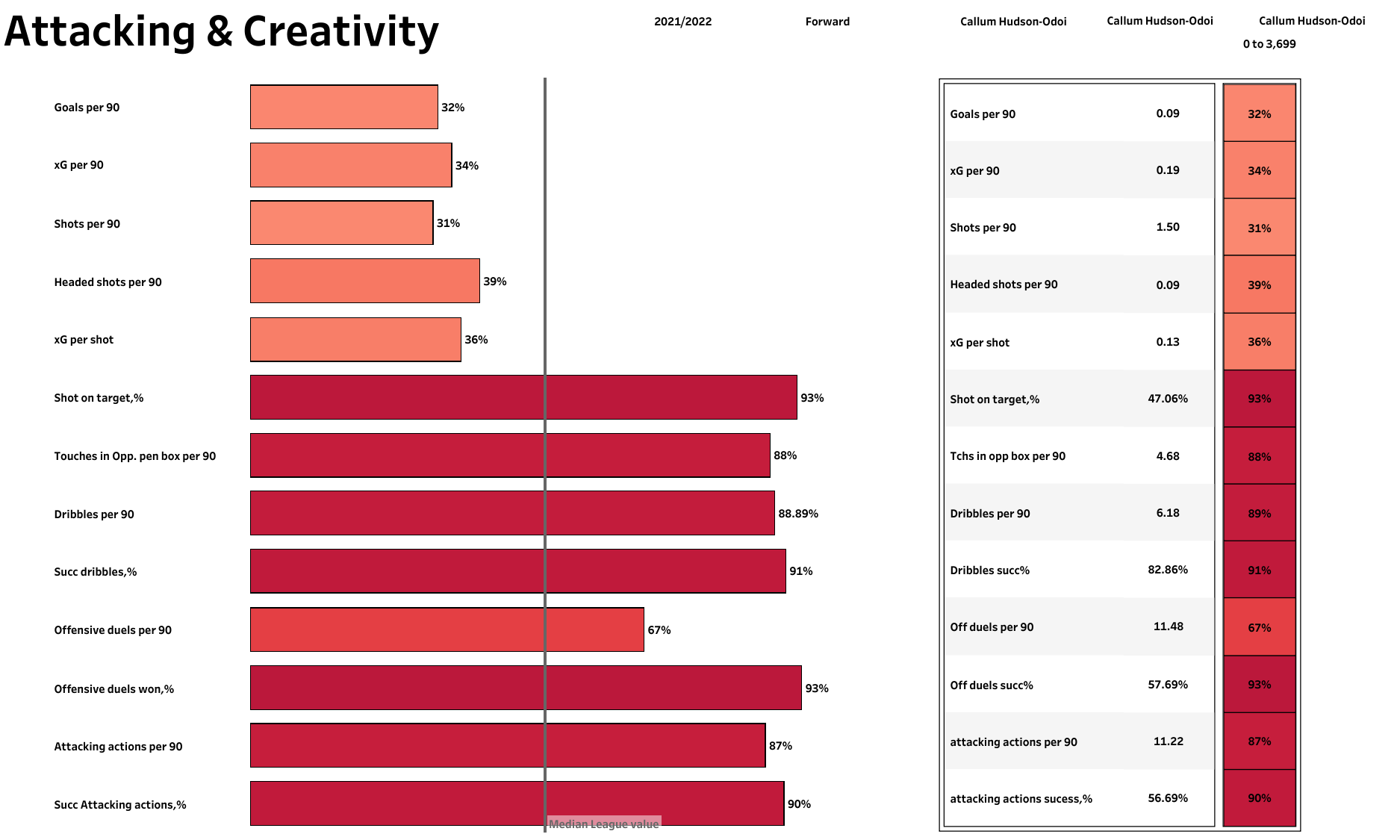 Hudson-Odoi featured in 28 matches for Chelsea in all competitions last season, which included 15 in the Premier League. He spent 966 minutes on the pitch in the league campaign, during which he scored only once. He had a low xG per 90 of 0.19. Even then, he underperformed on it by as much as half. He fired off only 1.5 shots per 90 and generated an xG per shot of just 0.13. But the Englishman tested the opponent goalkeepers more often than not, with his accuracy being more than 47%. This shot accuracy ranked him in the top 7% of forwards. He registered 4.68 touches in the attacking penalty area per 90, good enough for the upper 12%. He also completed 5.15 dribbles per 90 at an astounding success rate of just under 83%. 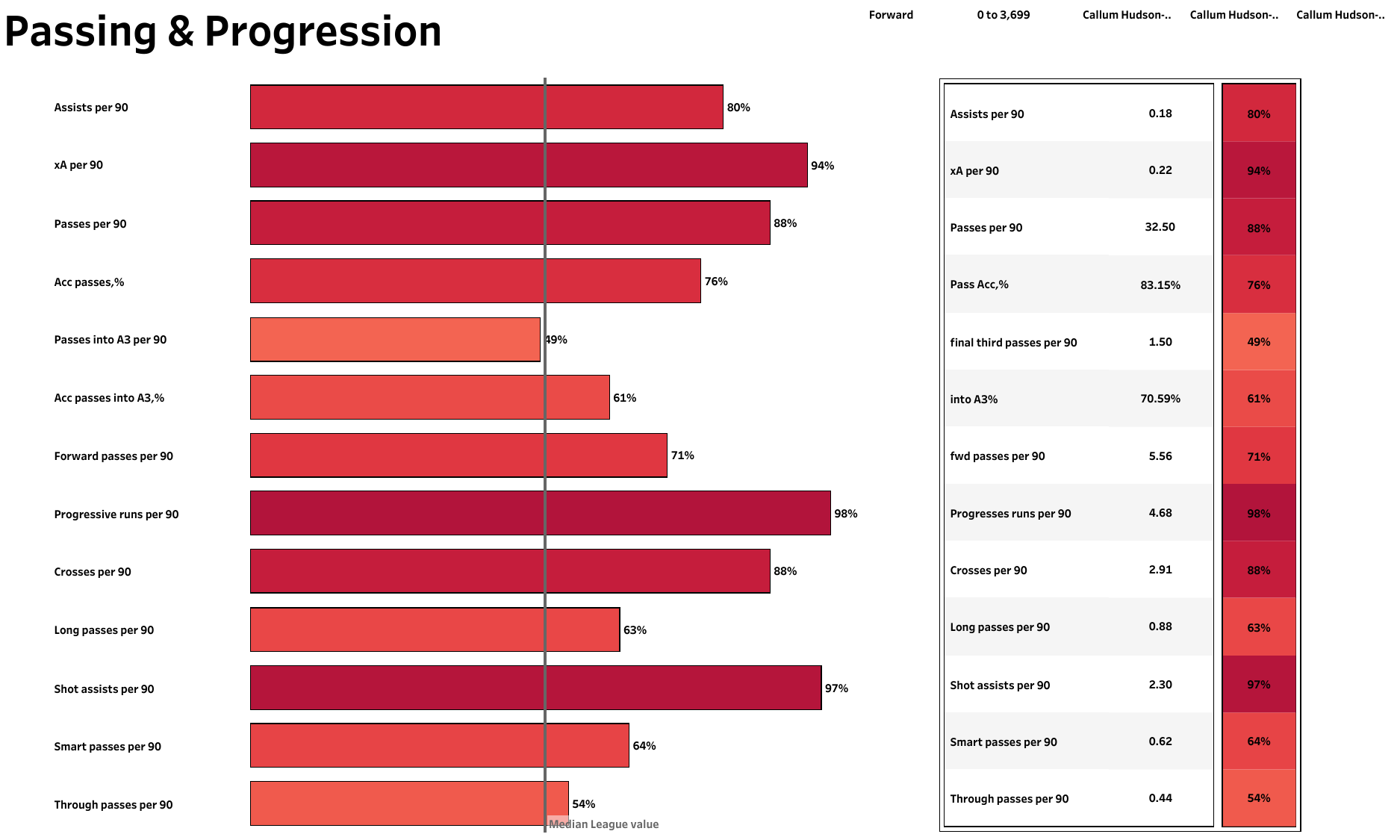 In addition to his one goal, Hudson-Odoi assisted his teammates three times. His rate of 0.18 assists per 90 was slightly lower than the xA per 90 value of 0.22, but in the latter, he was placed in the upper 6%. He completed 27 out of 32.5 attempted passes per 90. The Englishman was excellent with his progressive running, making 4.68 such actions per 90, which ranked him in the 98th percentile. With 2.3 shot assists per 90, he put himself in the top 3% of forwards in this category. He also delivered 2.91 crosses per 90, being in the top 12% for the same. 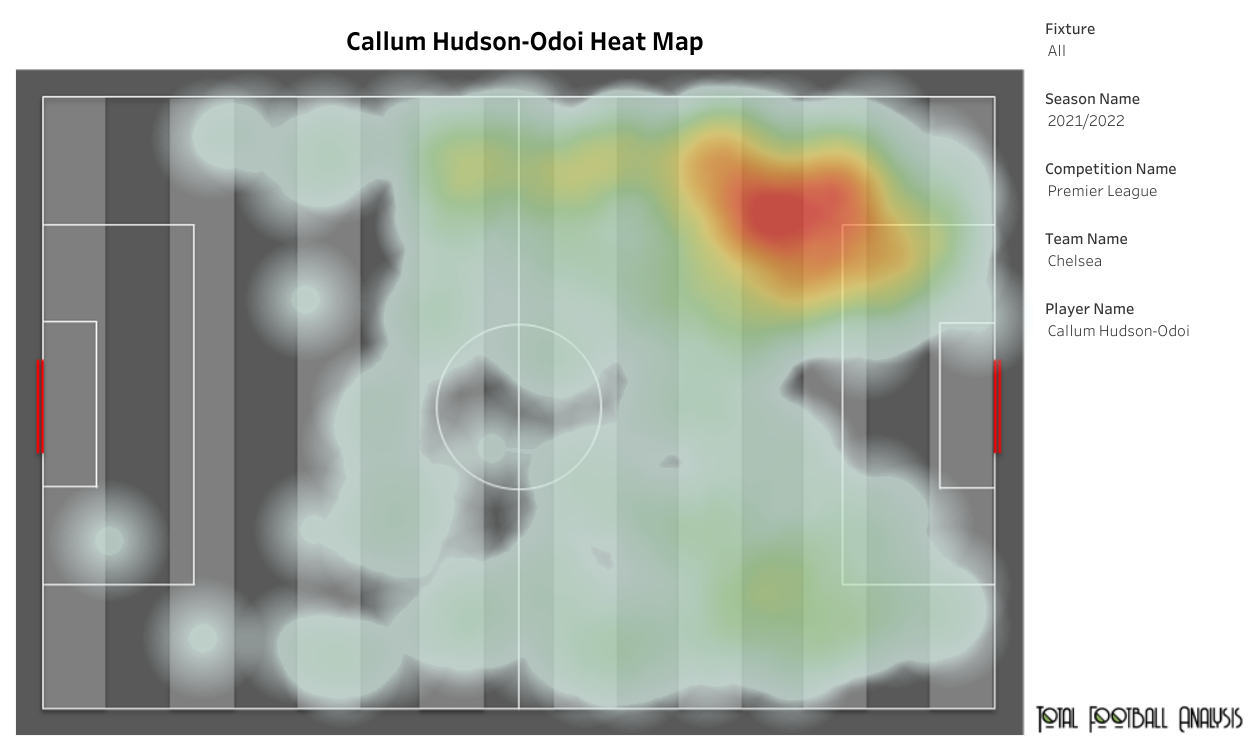 Hudson-Odoi is a versatile man who can play across the front line just behind the striker. But he mostly played as a left-winger last season for Thomas Tuchel’s side. He has the ability to stick to the flank and put balls into the box as well as to cut inside with his stronger right foot and generate threats for himself as well as his teammates. He produced 2.24 key passes per 90, 1.87 passes into the penalty area per 90, 9.81 progressive carries per 90 and 3.18 carries into the penalty area per 90. He also received 6.82 progressive passes per 90.

If PSG successfully shift the unwanted deadwood at the club and need a replacement in the attacking department, then Callum Hudson-Odoi might be a good choice. He is only aged 22 and playing lots of football against weaker opposition in Ligue 1 can do wonders for his confidence, which has taken a hit due to his limited game-time.