Nuno Mendes rose through the youth ranks at Sporting CP before making his debut for the club during the 2019-20 campaign. He became a key member of the club’s starting XI the following season. Mendes’ impressive performances earned him a place in Portugal’s squad for Euro 2020 and caught the attention of several of Europe’s top clubs.

At the beginning of the season, it was clear that the left-back position was an issue for PSG. Layvin Kurzawa was struggling to perform well while dealing with injuries, and Juan Bernat missed the opening games with a ruptured cruciate ligament, meaning centre-back Abdou Diallo was filling in at full-back. PSG signed Nuno Mendes on a season-long loan from Sporting CP last summer with an option to buy. He has gone on to make 32 appearances for the Ligue 1 giants in all competitions this season. Nuno Mendes is turning into one of the better signings of the summer, and he continues to show confidence, which reflects in his performances on the pitch. 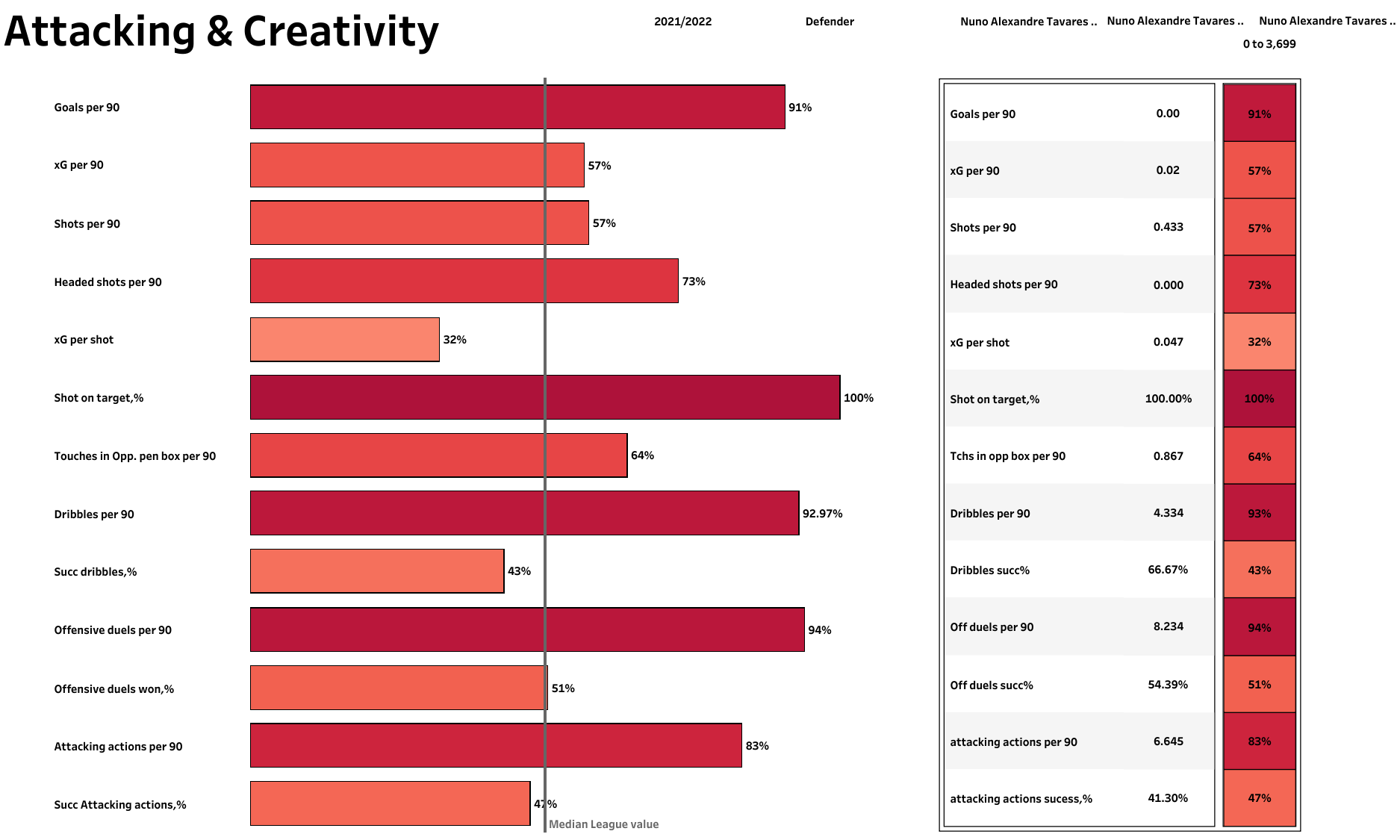 Mendes has everything that a manager needs from a modern-day full-back. He has strength, speed, defensive solidity, ability to attack with purpose and is a tireless engine that enables him to dominate the entire left flank from the first to the 90th minute. The 19-year-old has started the 2021/22 season strongly but does not have enough goal contributions to show for the performances he has put up so far. He only has three assists so far in all competitions. The above visual shows us the attacking and creativity metrics for Mendes from the UEFA Champions League. The left-back has attempted 6.645 attacking actions per 90 minutes and has been able to complete 41% of these actions. He has been ranked highly for the number of dribbles he attempted down the left flank and also has a high success rate of 66.67%. 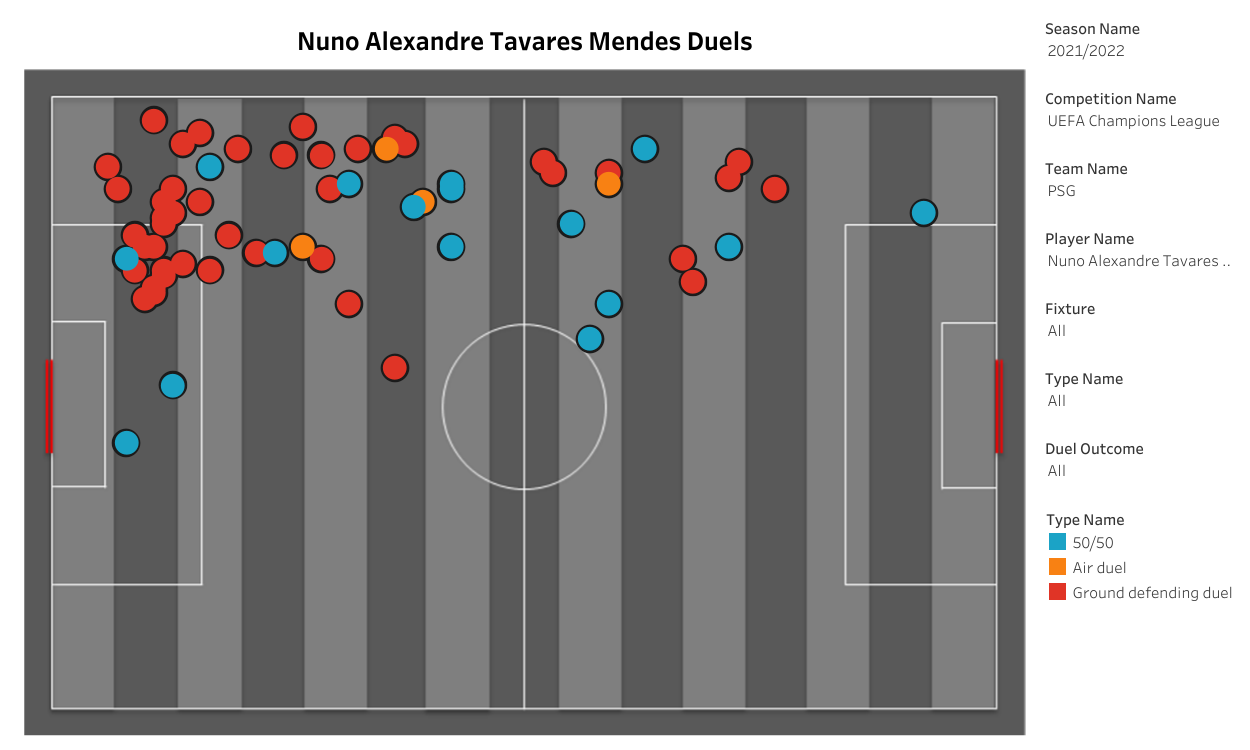 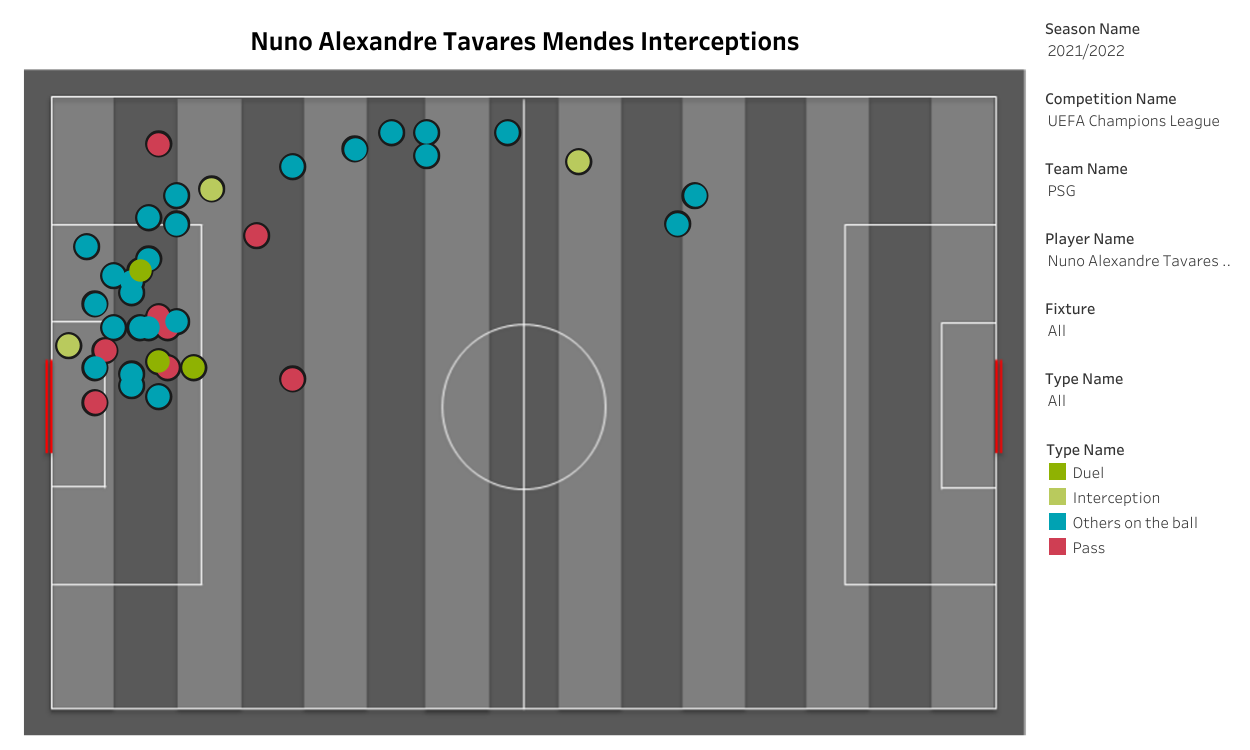 Mendes has great awareness and positioning when the opposition team has possession of the ball. He positions himself well to intercept the passes as well as runs attempted by his opponents. He has 39 interceptions in the Champions League and has completed 5.63 interceptions per 90 minutes. 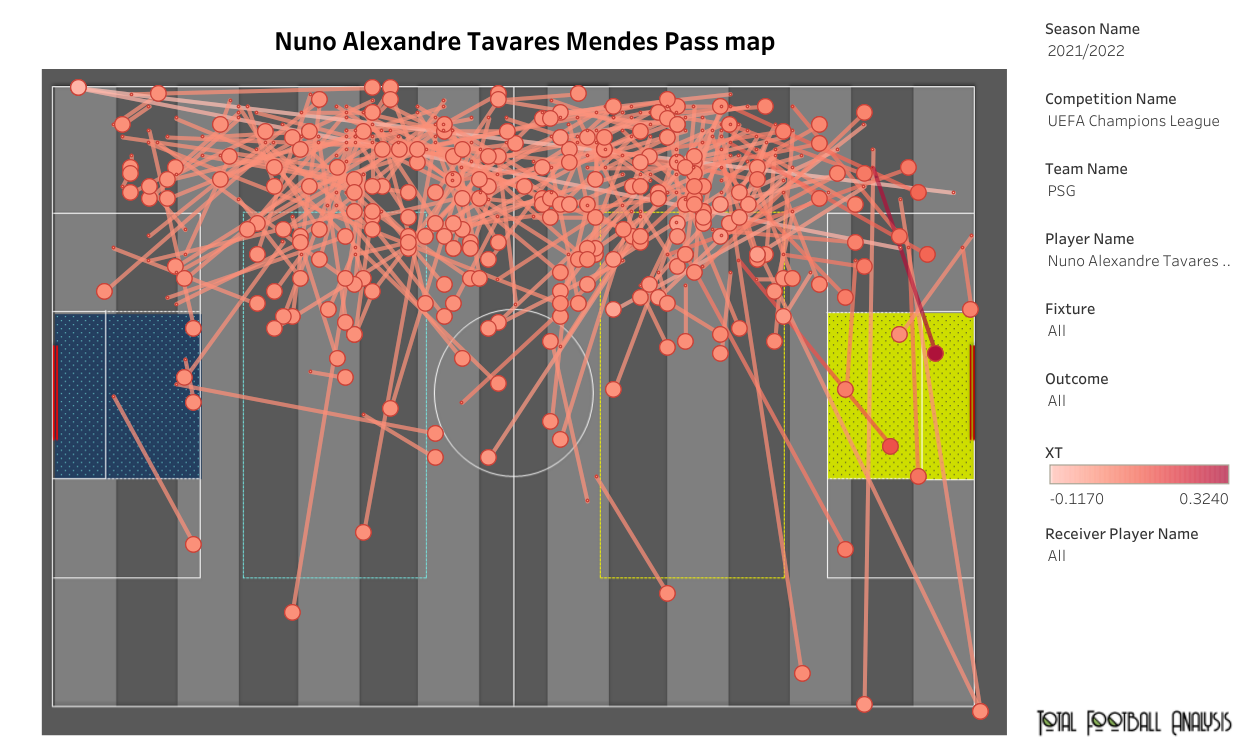 Apart from his dribbling, Mendes boasts an excellent crossing ability, whether tightly marked or open in space, and his physical prowess allows him to beat out opponents to the ball either with his speed or strength. He has attempted 38.28 passes per 90 minutes with a pass accuracy of 83.77%. Nuno has put in 1.59 crosses into the box and also has 0.29 shot assists per 90 minutes. As seen in the above visual, his crosses into the penalty area have generated a high xT.

The player has impressed during his time at the Parc de Princes and has been tipped to become one of the best full-backs in the world in the future. The permanent addition of Nuno Mendes is likely to be a major boost for the Parisians as they will then possess two of the brightest young full-backs in Europe.