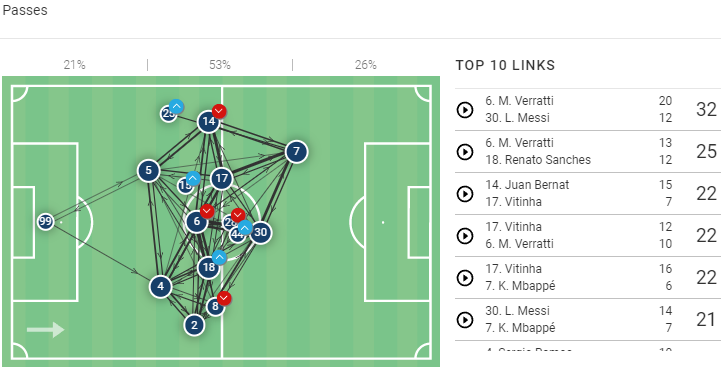 PSG made a total of 605 passes, of which they were successful in making 564. They had a pass% of 93.2%. Veratti was in the centre of the attack, as he was in the midst of the action. Veratti created a few pass networks, distributing play in the middle with Messi, Renato Sanches, and Vitinha. He exchanged most passes with Messi and was a contributor to Mbappe’s first goal. His smart pass to Messi made him assist Mbappe in scoring a goal. The Italian had a pass% of 94.1.