On Wednesday night, there was a match between PSG and Juventus in the UEFA Champions League. Juventus, who had already been eliminated and dropped down to the Europa League, faced the Parisians at their home stadium, the Allianz Arena. PSG, who were tied with Benfica at 14 points, were looking to win by a comfortable margin so they could top the league on goal margin.

Manager Christophe Galtier lined up a strong formation of 4-3-1-2, with Mbappe and Messi starting in the lineup. Neymar was out of the match due to an injury.

We’ve broken down all the key stats for you to digest, including;

* average positions and much more!

We also try to answer some questions for you with the visuals;

How many shots were attempted by PSG? Which Inter Milan player won the most duels for his side?

To navigate the stats gallery simply click on the numbers to move through the pages. 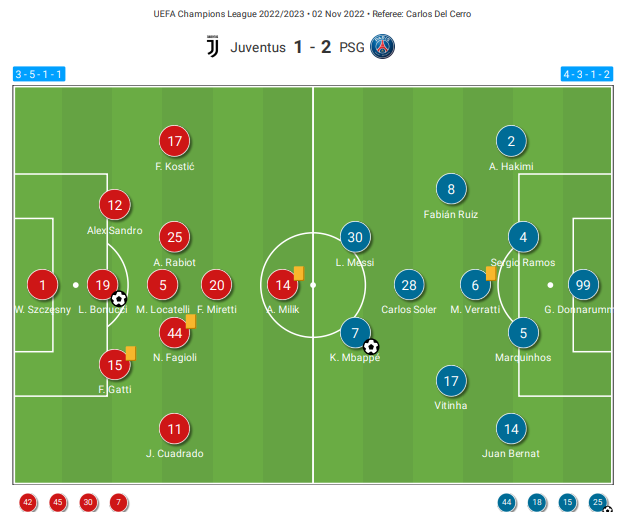