When Renato Sanches signed for Bayern Munich in the summer of 2016 after being part of the victorious Portugal squad in Euro 2016, many expected the then-teenager to take a leap. However, a disappointing first campaign at the Allianz Arena was followed by an equally disappointing loan spell at Swansea City, and it looked like Sanches’s career would stall. But since signing for French club Lille in the summer of 2019, the Portuguese midfielder revived his career and even helped Les Dogues to an unlikely Ligue 1 title in 2020-21. The former Benfica man’s revival at Stade Pierre-Mauroy has caught the eyes of many of Europe’s elite, including Paris Saint Germain. 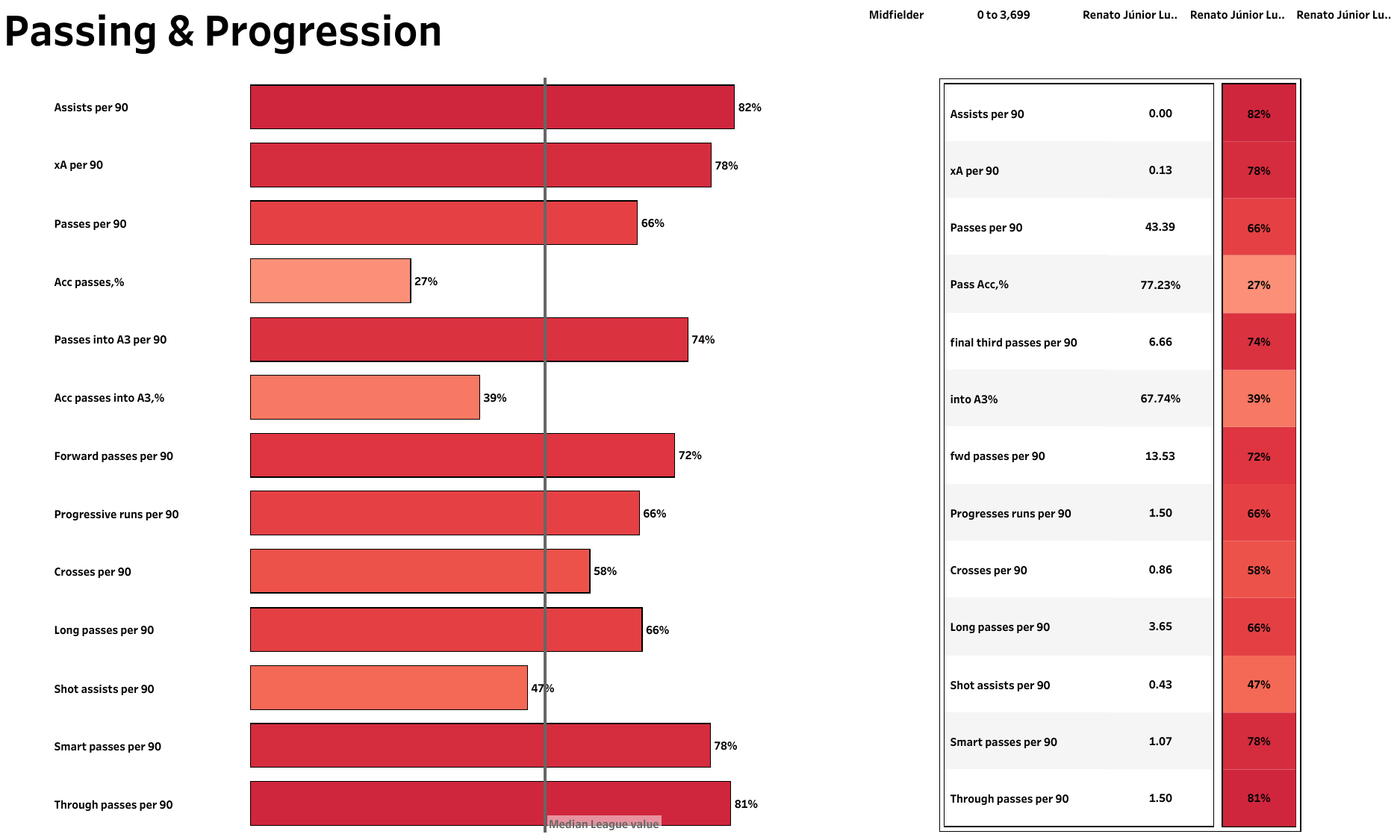 Sanches made five appearances for Lille in the recently concluded 2021-22 UEFA Champions League season as he missed the first two group games and the second leg of the Round of 16 against Chelsea due to injury. The Portuguese midfielder did not score or assist for Les Dogues even once but was an active member in the Lille’s build-up play, averaging over 43 pass attempts per 90. Sanches’ pass accuracy of only 77.23% left a lot to be desired, ranking him in the bottom-third among midfielders. The former Bayern Munich man completed 1.07 smart passes per 90 and 1.5 through balls per 90, which put him in the upper quartile and upper quintile, respectively, for midfielders in these categories. 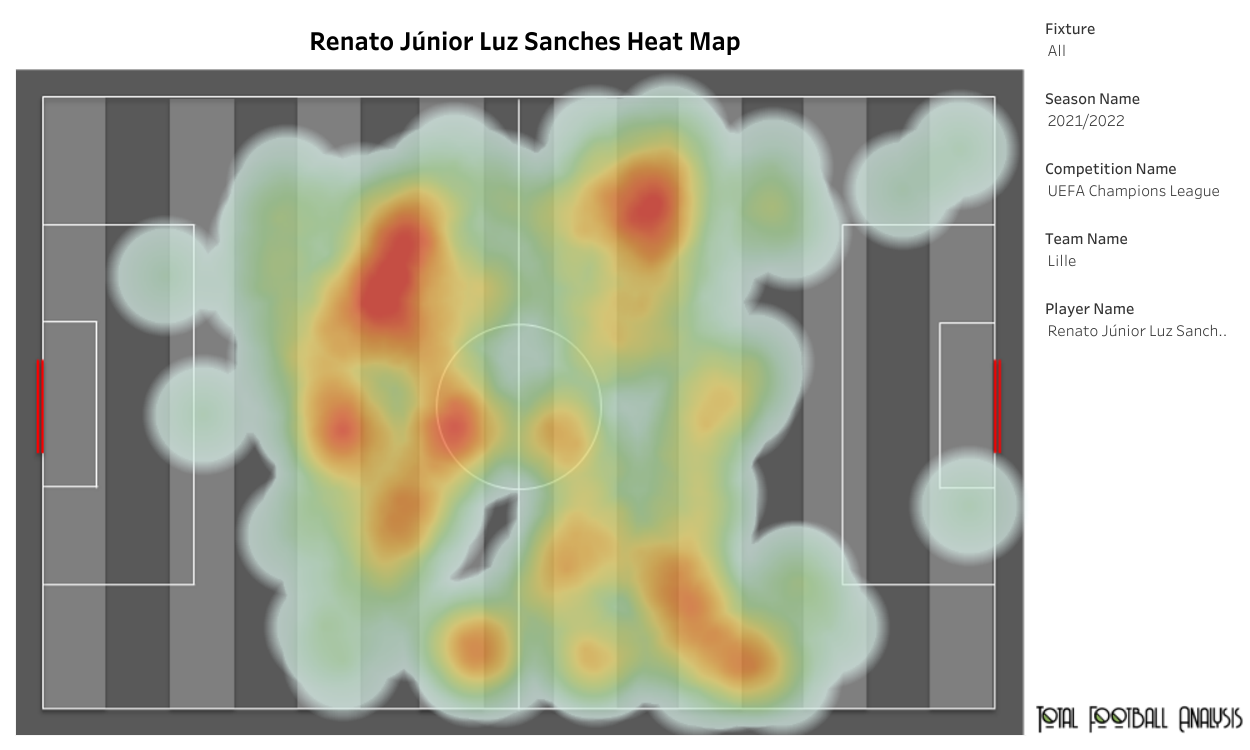 Shown in the above visual is the heat map of Sanches for Lille in the 2021-22 UEFA Champions League campaign. Unsurprisingly, the Portuguese was most comfortable and involved in the centre of the park. From midfield and with the ball at his feet, he completed 3.78 progressive passes per 90, the same 3.78 balls into the final third per 90, 5.56 progressive carries per 90 and 1.78 carries into the final third per 90. Sanches also generated 2.45 shot-creating actions per 90. On the defensive end, the Euro 2016-winner attempted 15.1 pressures per 90, 3.33 tackles and interceptions per 90 and 1.11 blocks per 90.

Many fans of the sport wrote off Renato Sanches after his failure at Bayern Munich made him switch to Lille in the summer of 2019. But the then sporting director of Lille, Luis Campos, saw something in the Portuguese midfielder that was missing at the Allianz Arena. While the 24-year-old was a key man for Lille in their triumphant 2020-21 Ligue 1 campaign on the pitch, it was Luis Campos’ work off the field that helped Les Dogues do the unthinkable. As a result, PSG have hired Campos as the Football advisor, replacing Leonardo. The French Champions may have to face competition from the Serie A winners, AC Milan, for Renato Sanches’ services.