Paul Pogba‘s time at Manchester United may be coming to an end in the next few months. Pogba’s contract with Manchester United expires in June, and he is yet to sign a new deal with the Premier League club. The 28-year-old has been linked with a move away from Old Trafford, with clubs such as PSG, Juventus, and Real Madrid all interested in signing him. However, recent rumors suggest that Pogba might pick Paris as his preferred destination. Furthermore, reports indicate that the two parties share a common interest. PSG had expressed interest in Pogba over the summer, but the deal did not take place back then. PSG will try to lure him back given that he is six months away from departing on a free transfer.

The World Cup winner started the season off in incredible form, registering seven assists in the club’s first few Premier League matches of the campaign. But since then, Pogba has struggled for match fitness after suffering a thigh injury while away with France. He has not played for the Red Devils since the 0-5 humiliation at the hands of Liverpool back in October due to a combination of suspension and injury. 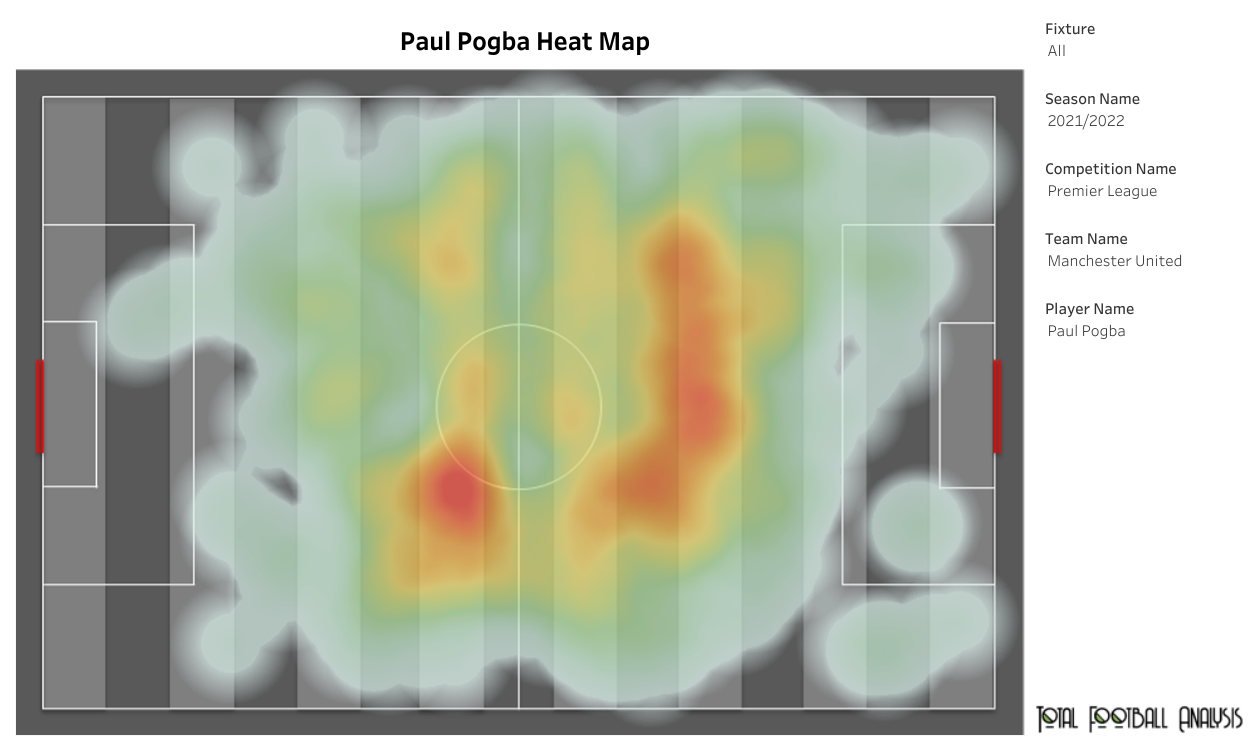 Pogba is a very versatile midfielder and can play in any position in the midfield, but his preferred position is playing as an attacking midfielder. As seen in the above visual, Pogba has been deployed in various positions and is very good at any position he was put in. He is at his best when he can get into the opposition’s half and can provide great passes. At United, there were times when he had to play a deeper role, which restricts his capabilities and has to play in a more conserved manner. PSG have great holding midfielders and need an attacking midfielder who can create chances for their front three. 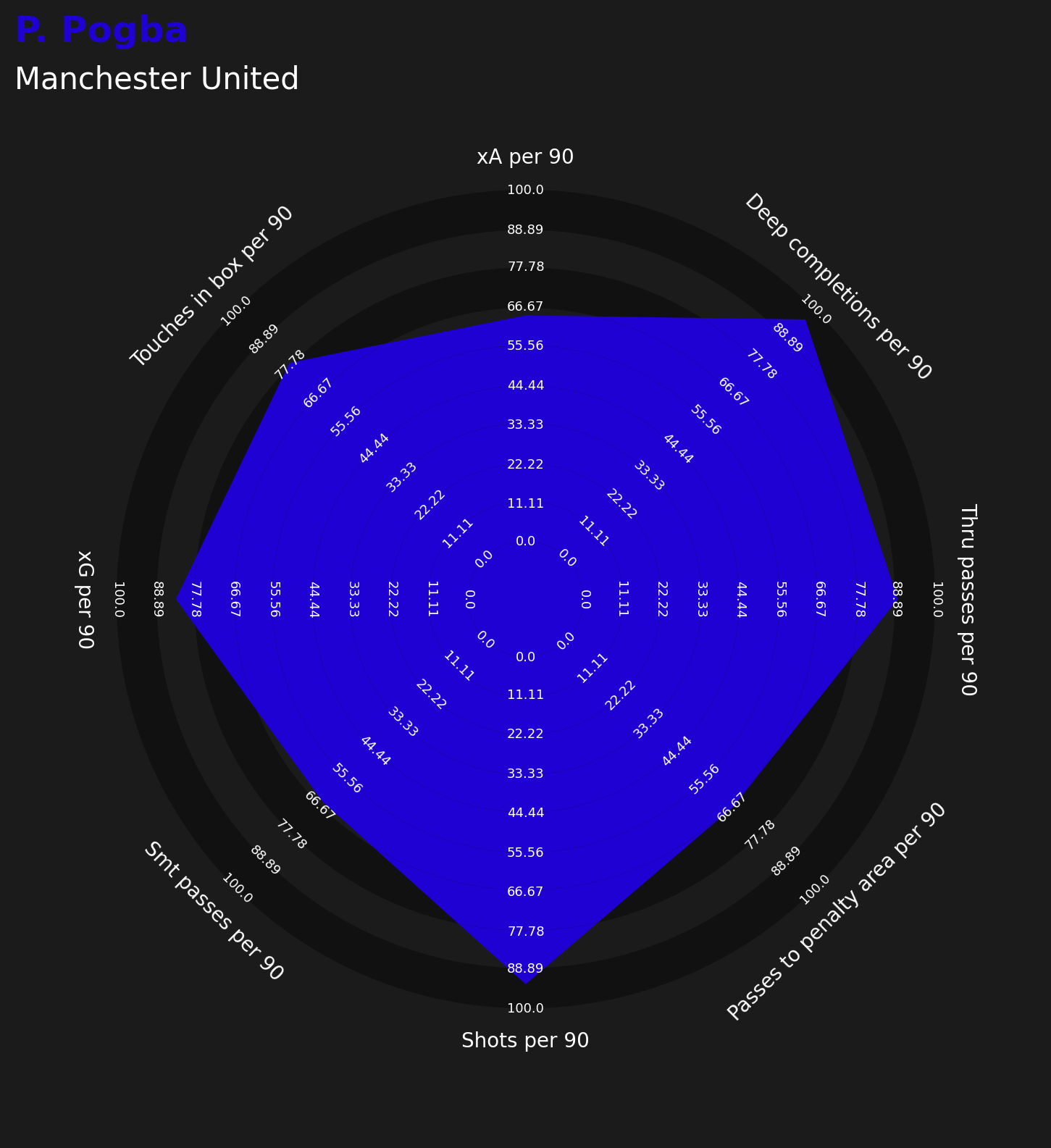 The above visual shows us the radar for the attacking and creativity metrics for Pogba in the Premier League. All the data above is in percentile values calculated for the player within his league. In this case, 50th percentile is the league median of the selected player’s position. The radar indicates that Pogba is significantly better than the median league value for all the above stats that are considered in the visual. He ranks highly in shots per 90 as well as through passes per 90. 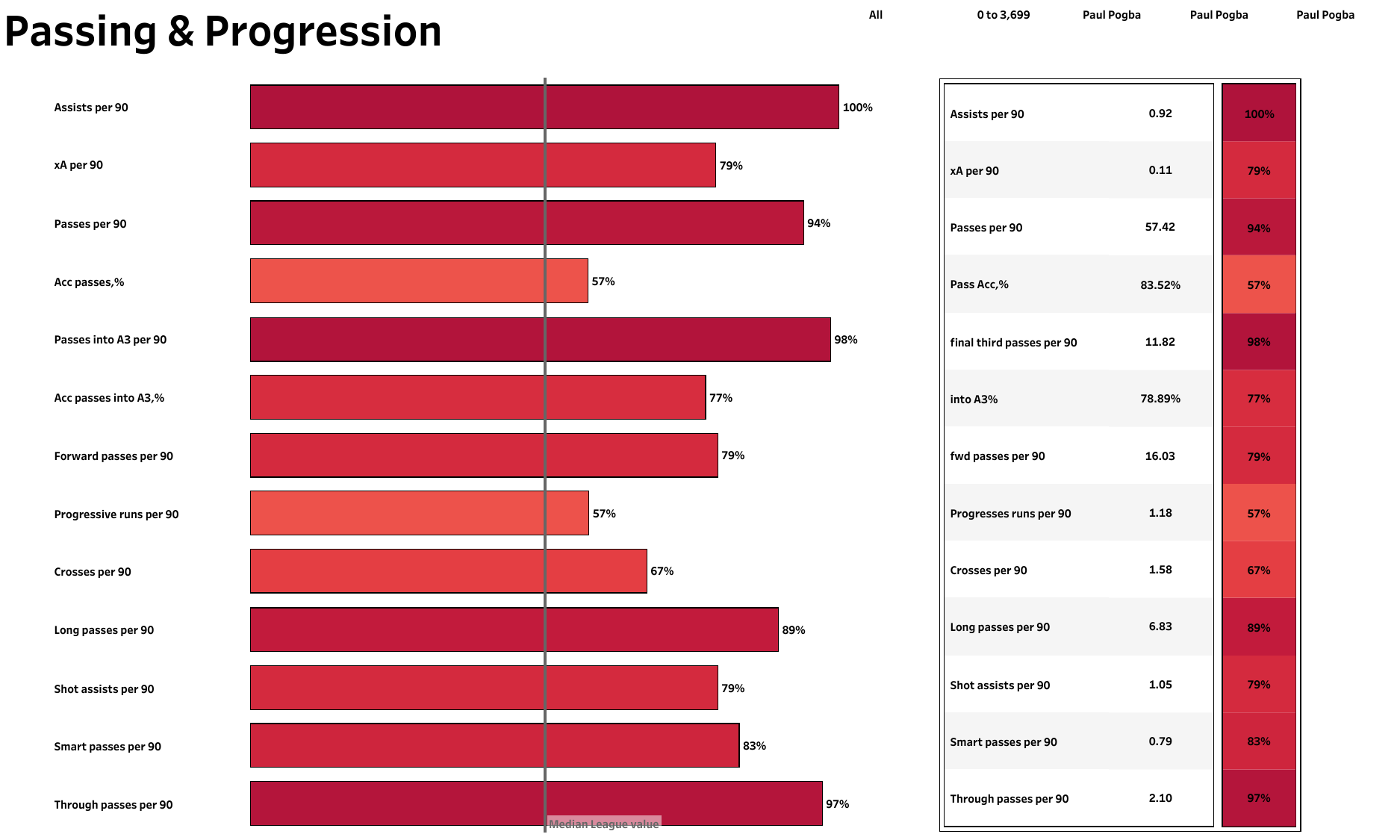 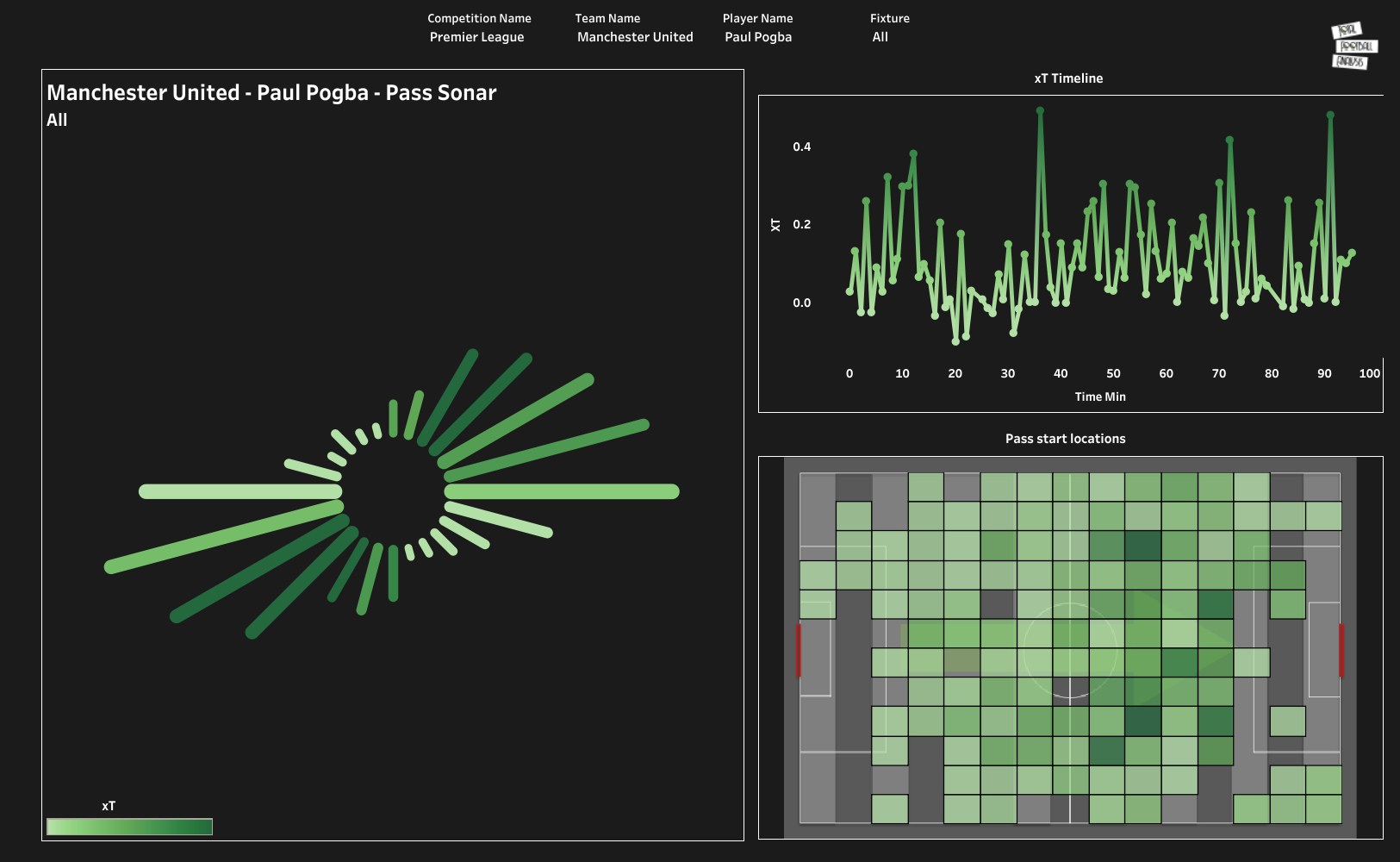 The pass start location visual indicates Pogba likes playing centrally and can find great passes to the wider areas of the pitch as well as through the lines. He has played passes towards both sides of the pitch and has also generated a high xT from his passes to the left. The xT timeline indicates that Pogba is a constant threat throughout the game. 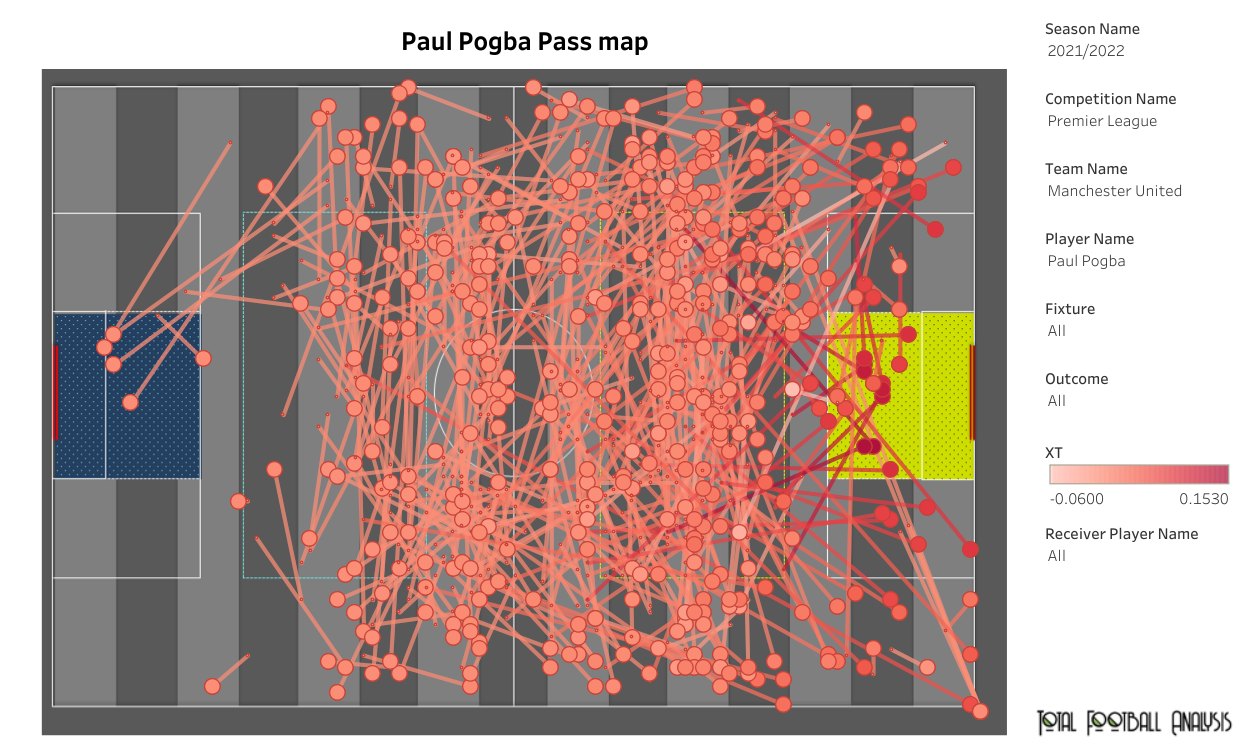 Pogba has failed to score in his 13 appearances at club level this season but has provided seven assists, with all seven coming in Man United’s first four Premier League games of the campaign. His pass map indicates that most of the passes he has played into the final third have generated a very high xT. He gets into brilliant positions in the final third and plays the perfect pass for his teammates in the penalty area. Pogba will thrive in the PSG midfield with the likes of Messi, Neymar, and Mbappe ahead of him. He has proved himself at the big stage and is one of the best midfielders on the planet currently. Only if he can keep himself fit throughout the season, he can have a huge impact on the team’s performance.

The 28-year-old is still believed to have a contract offer on the table from the 20-time English champions but is widely expected to leave Old Trafford on a free transfer for the second time in his career. Considering all the clubs that are in the race to sign the midfielder, PSG will be the best option for him currently as he can fit into their system and can be a vital part of the squad.