Paris Saint Germain have a phenomenal front three of Lionel Messi, Kylian Mbappe and Neymar Jr. Last season, it may have taken a few months longer than expected for the superstar trio to click on the pitch, but by that point, Les Parisiens were knocked out of the UEFA Champions League Round of 16 by eventual winners, Real Madrid. But they do not have a reliable back up, especially after Ángel Di María was released by the club. Here is why returnee Pablo Sarabia could be an effective replacement for Di María. 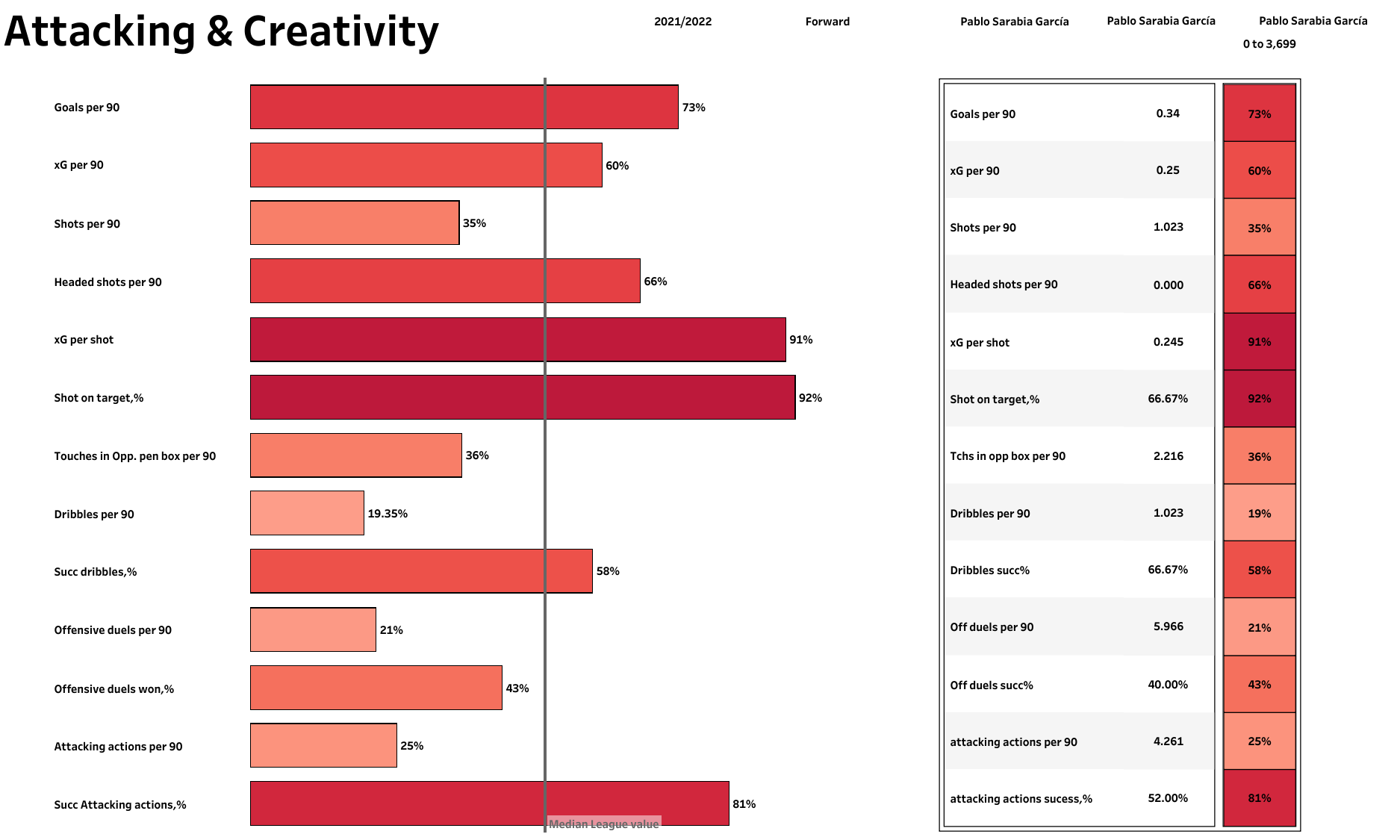 Pablo Sarabia spent the majority of the 2021-22 season on loan at Sporting Clube de Portugal, where he appeared 45 times across all competitions, including in all eight of the team’s UEFA Champions League matches. He was there on the pitch for 510 minutes, where he scored twice and did so at a rate of 0.34 per 90, which was higher than the 0.25 xG per 90 predicted. He may have taken only one shot per 90, but he generated an xG of 0.245, which was good enough for the top 9% of forwards. Due to this high xG per shot, the Spaniard hit a ridiculous two-thirds of his shots on target. However, he could register only 2.2 touches in the opponents’ penalty area per 90, firmly placing him in the bottom 40%. 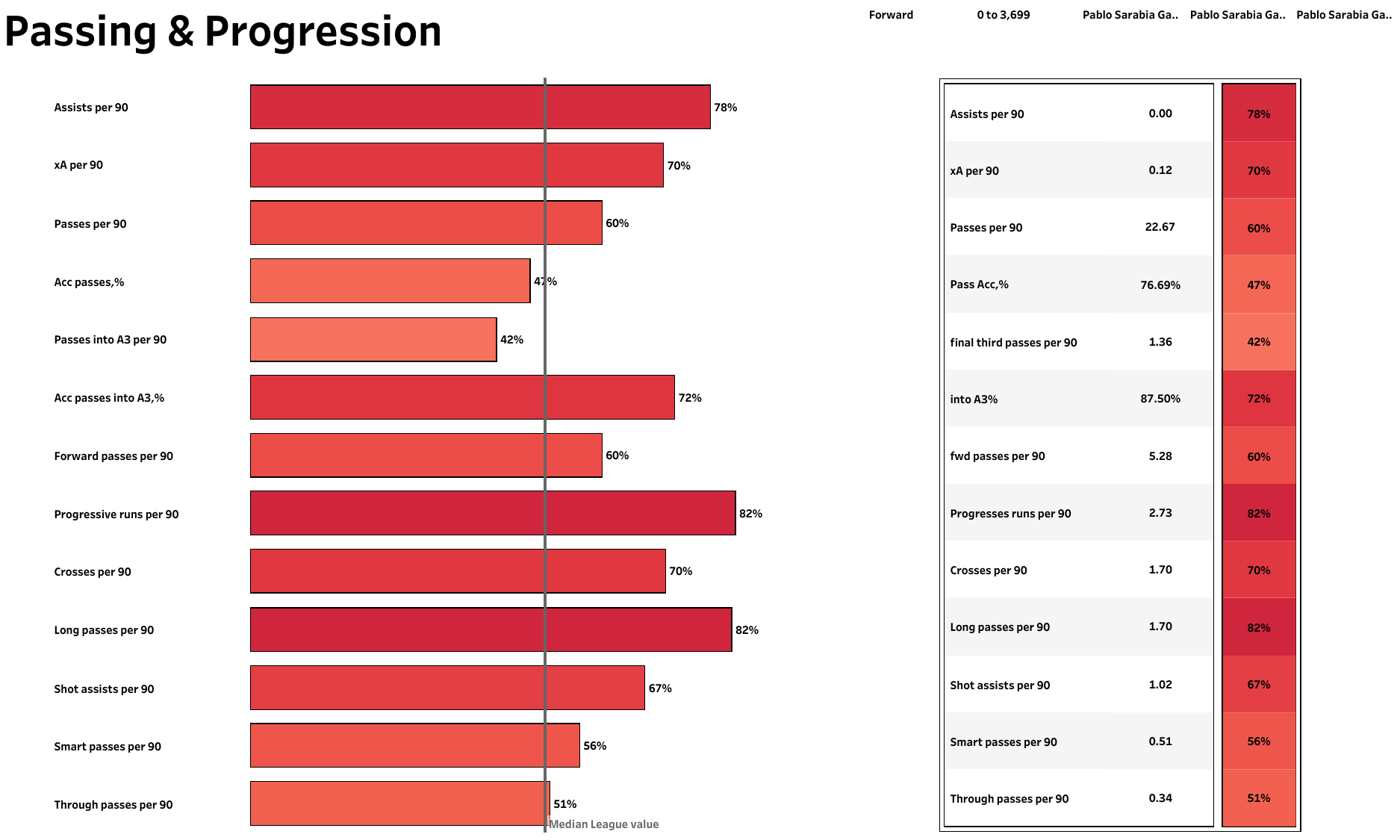 In addition to his two goals, Sarabia also provided one assist, which meant that he had a goal involvement every 170 minutes. He was fairly involved in the build-up play of his team, averaging just under 23 pass attempts per 90, though his overall pass accuracy of 76.7% put him in the bottom half of forwards. His overall pass accuracy may have been low, but he found his teammates in the attacking third better, as it stood at 87.5%. The former Sevilla man made 2.73 progressive runs per 90, which was good enough for the top 18%. His 1.7 long balls per 90 was also in the top 18% of attackers. 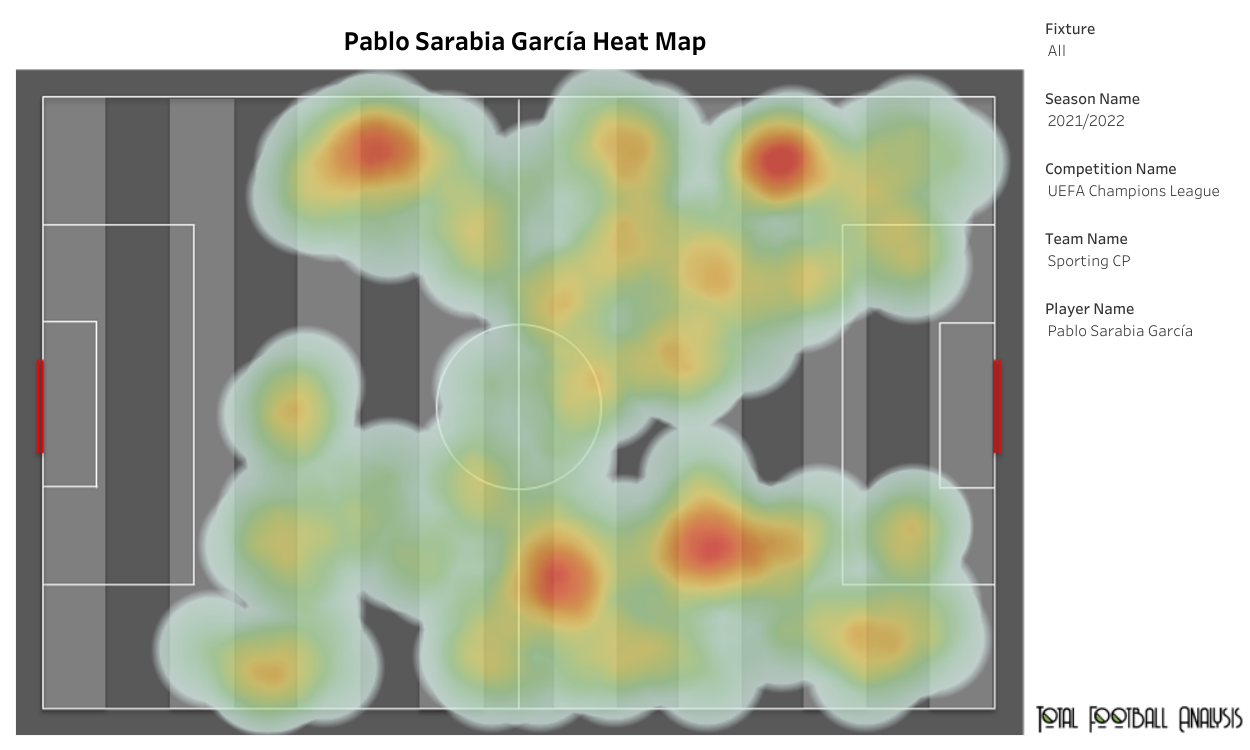 Sarabia was an active and hardworking man on both the wings. Even though he started the majority of the games on the right wing, he switched to the left flank depending on the opponent and situation. He completed 2.14 key passes per 90, 4.29 progressive carries per 90 and 1.25 carries into the penalty box per 90. Additionally, he received 6.25 progressive passes per 90 and generated 3.38 shot creating actions per 90. The Spaniard also worked hard off the ball, attempting 19.6 pressures per 90, 1.96 tackles & interceptions per 90 and 1.25 blocks per 90.

Pablo Sarabia enjoyed a productive campaign with Sporting Clube de Portugal last season on loan. PSG do not need to bring in a replacement for the Juventus-bound Ángel Di María as they already have Sarabia.