When Paris Saint Germain signed Sergio Ramos from Real Madrid on a free transfer in the summer of 2021, it was meant to take PSG’s backline to the next level, particularly in the UEFA Champions League. However, the Spanish veteran did not play a single minute in the UCL campaign that saw Les Parisiens get knocked out in the Round of 16 by eventual winners Real Madrid. This failure means the French Champions have to delve into the market for a reliable centre-back. In the past few weeks, they have been linked to bringing in Milan Škriniar from Inter Milan. Here, we will explore what the Slovakian centre-half would bring to the PSG backline. 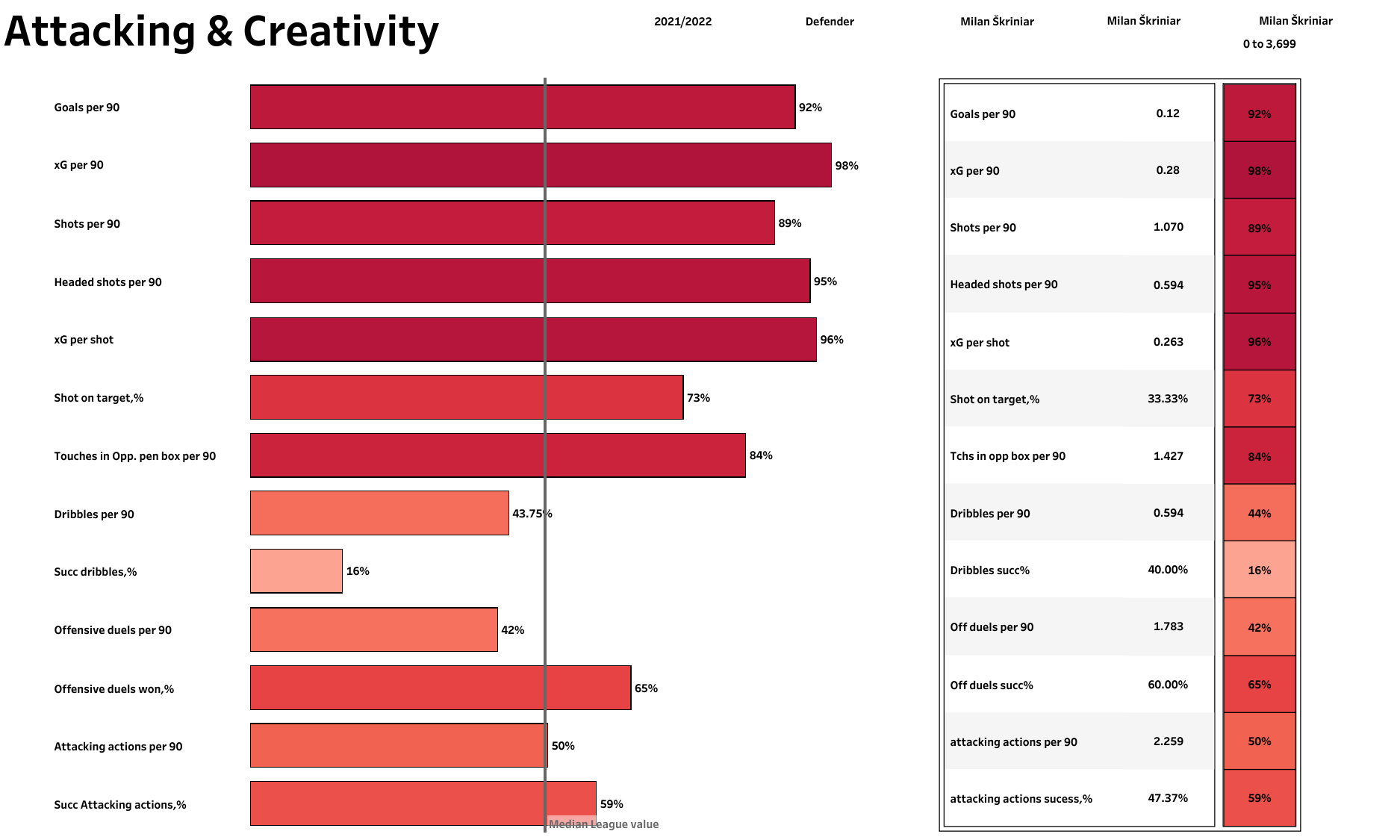 Škriniar played in all eight games for Inter Milan in the 2021-22 UEFA Champions League. In fact, he played every minute available in the UCL this season. The Slovakian scored once in the tournament at the rate of 0.12 goals per 90, which was in the 92nd percentile for defenders. However, xG suggests that he should have netted at a rate of 0.28 per 90. Škriniar attempted 1.07 shots per 90, with 0.59 coming from the head. Additionally, he generated an xG per shot of 0.263, which was in the top 4% among defenders. He also put himself in the upper quintile of defenders for touches in the opposition box, with 1.4 per 90. 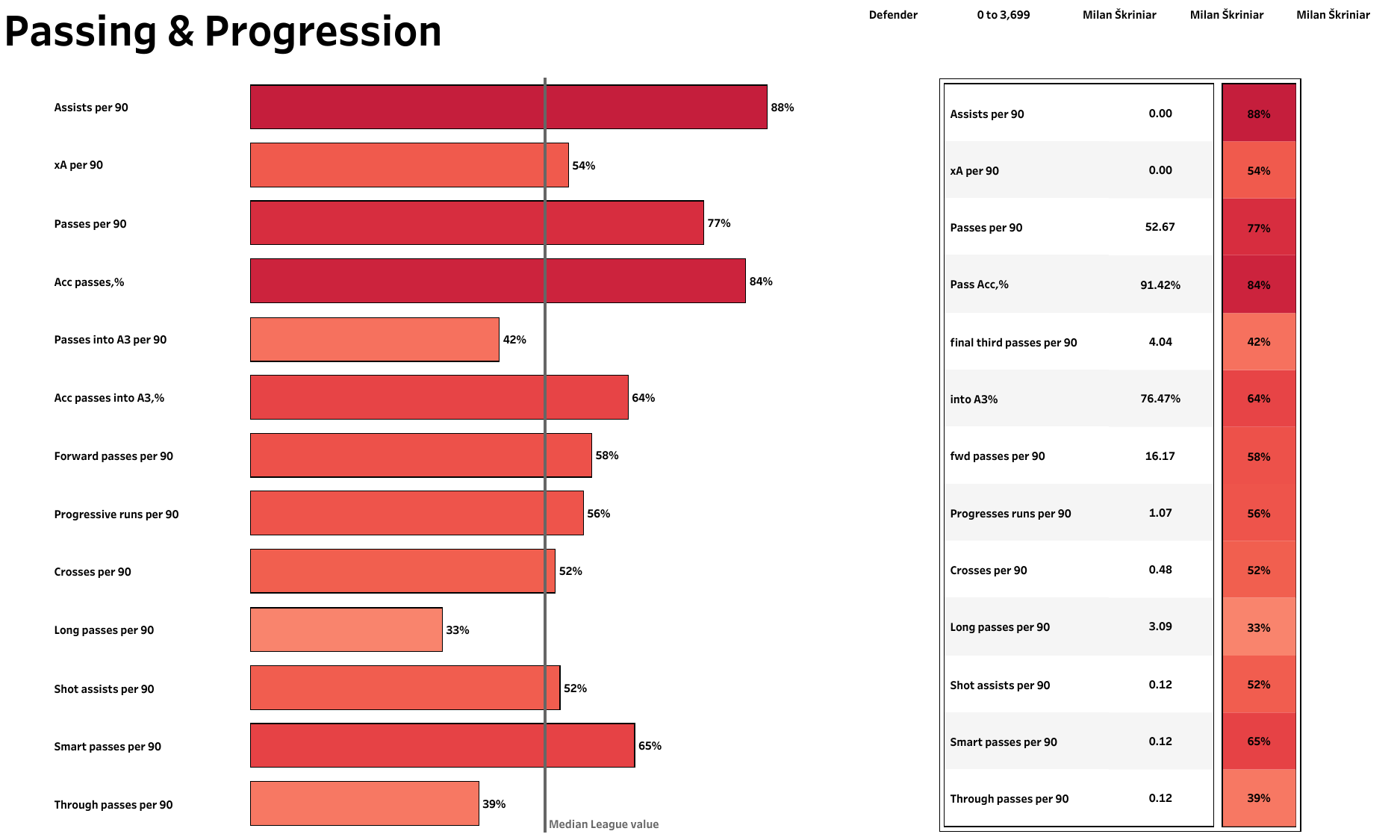 Škriniar attempted just under 53 passes per 90 at an astonishing pass accuracy of 91.42%, meaning he rarely misplaced a pass in dangerous positions on the pitch. This ranked him in the top 16% of defenders in this category. The Slovakian was also decent in progressing the ball upfield as his passes into the final third found a teammate on 76.47% of the occasions. The 27-year-old also ranked in the upper half of defenders in smart passes completed, with 0.12 to his name. 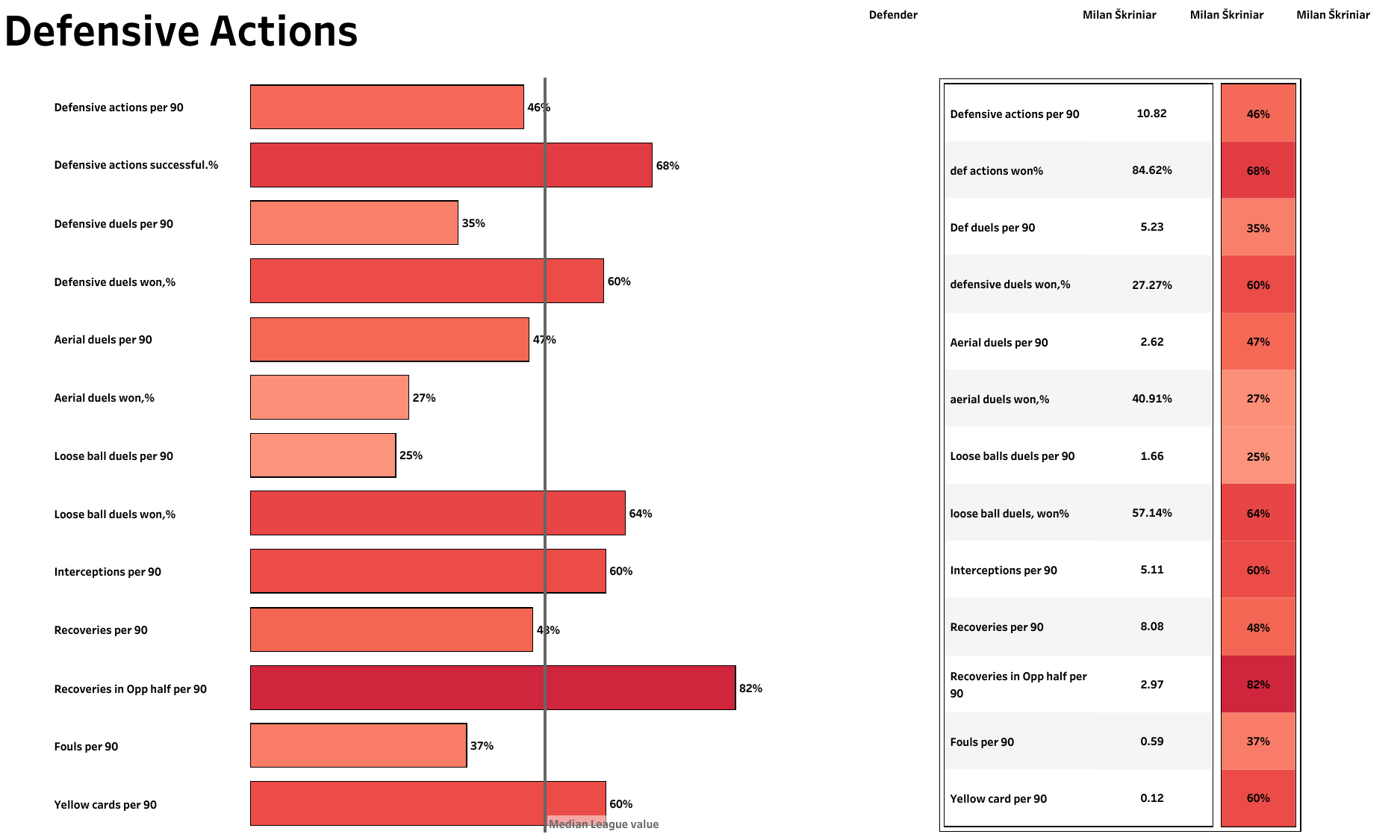 Škriniar attempted 10.82 defensive actions per 90 for Inter Milan in the recent UEFA Champions League campaign. He had a success rate of 84.62%. In addition to this, the 27-year-old attempted 5.23 defensive duels per 90, with a win rate of 27.27%. But given his height of 187 cm, the Slovakian centre-half is surprisingly weak in the air as his aerial duel success rate stood at only 40.91%. Škriniar made 5.11 interceptions per 90 and 8.08 recoveries per 90. With 2.97 recoveries of those 8.08 coming in the opposition’s half, he ranked in the highest quintile for defenders. 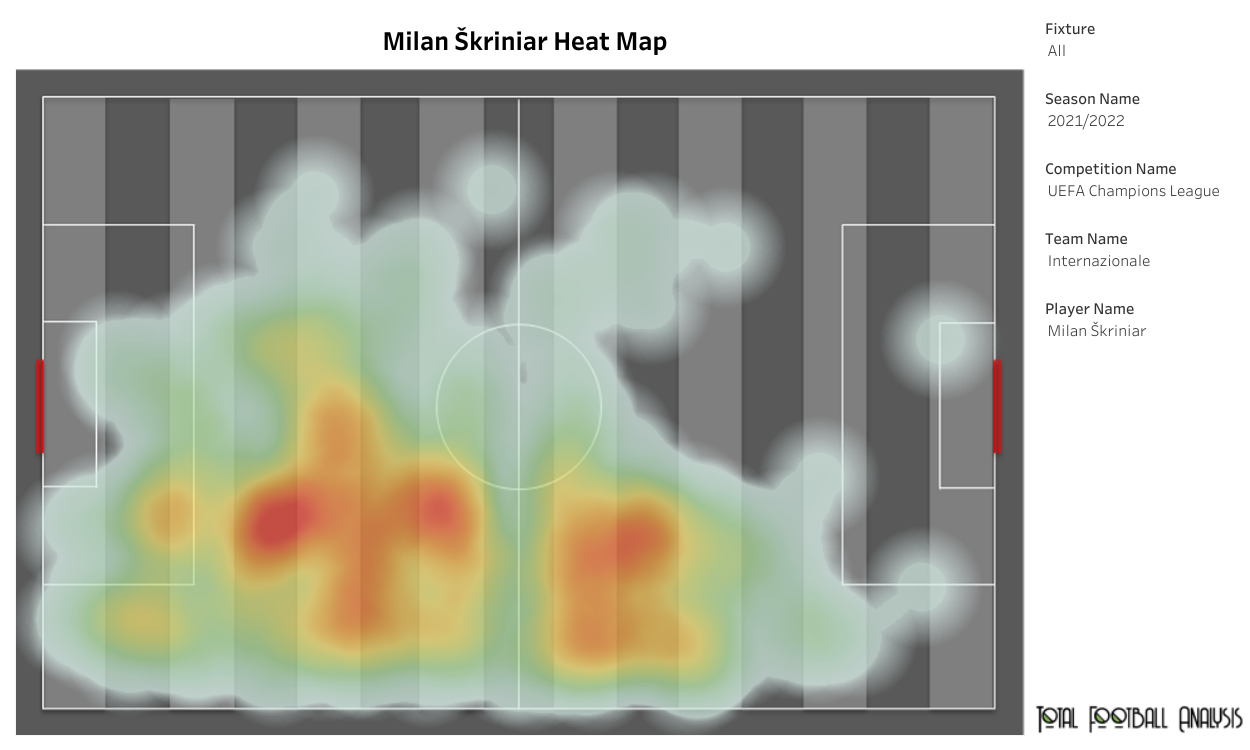 Milan Škriniar has been an integral member of the Inter Milan team since his arrival from Sampdoria in the summer of 2017. However, it would be very difficult for PSG to lure him to the French capital due to the possible exorbitant fees demanded by the Nerazzurri.