Paris Saint Germain had a disappointing campaign in Europe last season as they were dumped out of the Round of 16 by eventual winners, Real Madrid. Despite leading the tie 2-0 on aggregate in the second leg, they somehow conceded thrice in the last half hour and got eliminated. While Kylian Mbappe was the star man of the PSG squad in the attacking department, it was Marco Verratti who was the main man in midfield. With Christophe Galtier as the new head coach, the Italian club will hope to be reinvigorated under the former Lille boss. 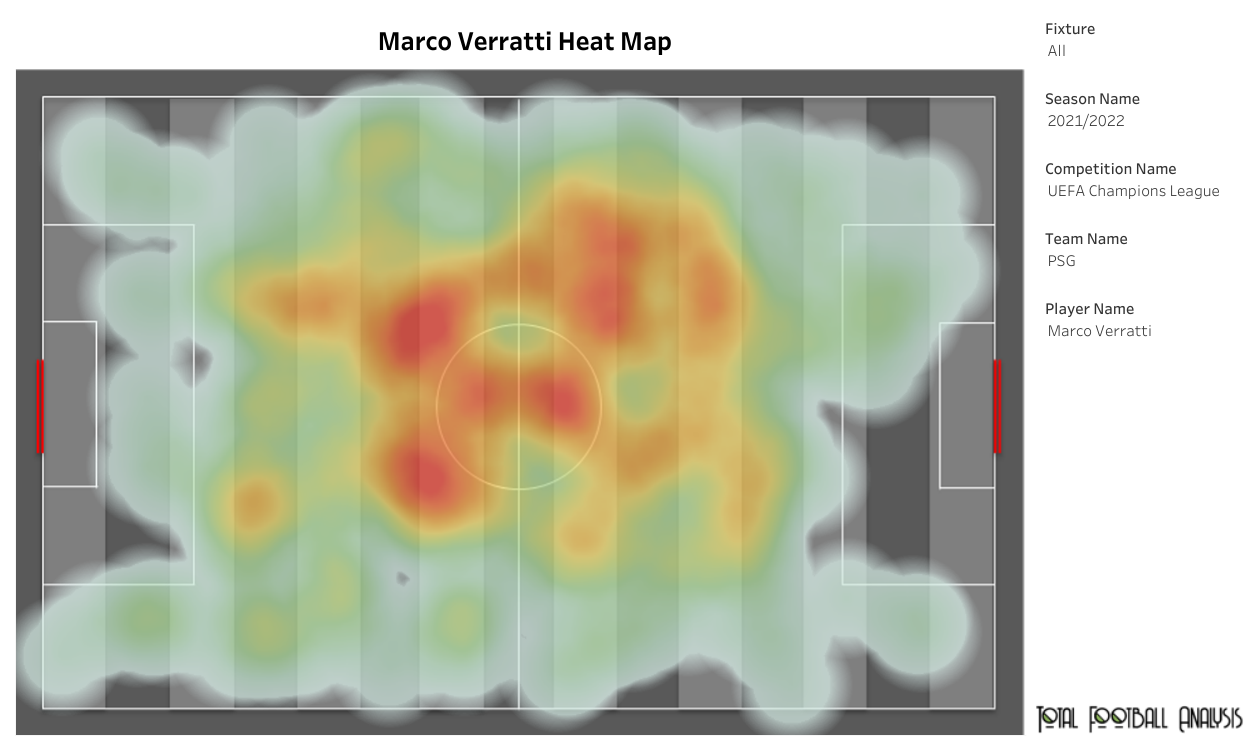 Verratti featured for PSG in 32 matches across all competitions, including five in the UEFA Champions League. He played 432 minutes in the competition but could not score a goal or provide an assist. Still, he generated an xG + xA value of 0.13. This is the third highest among midfielders in the squad, behind only Georginio Wijnaldum and Ander Herrera. He was very much involved all over the midfield area, as he attempted to control the game and pull the strings. 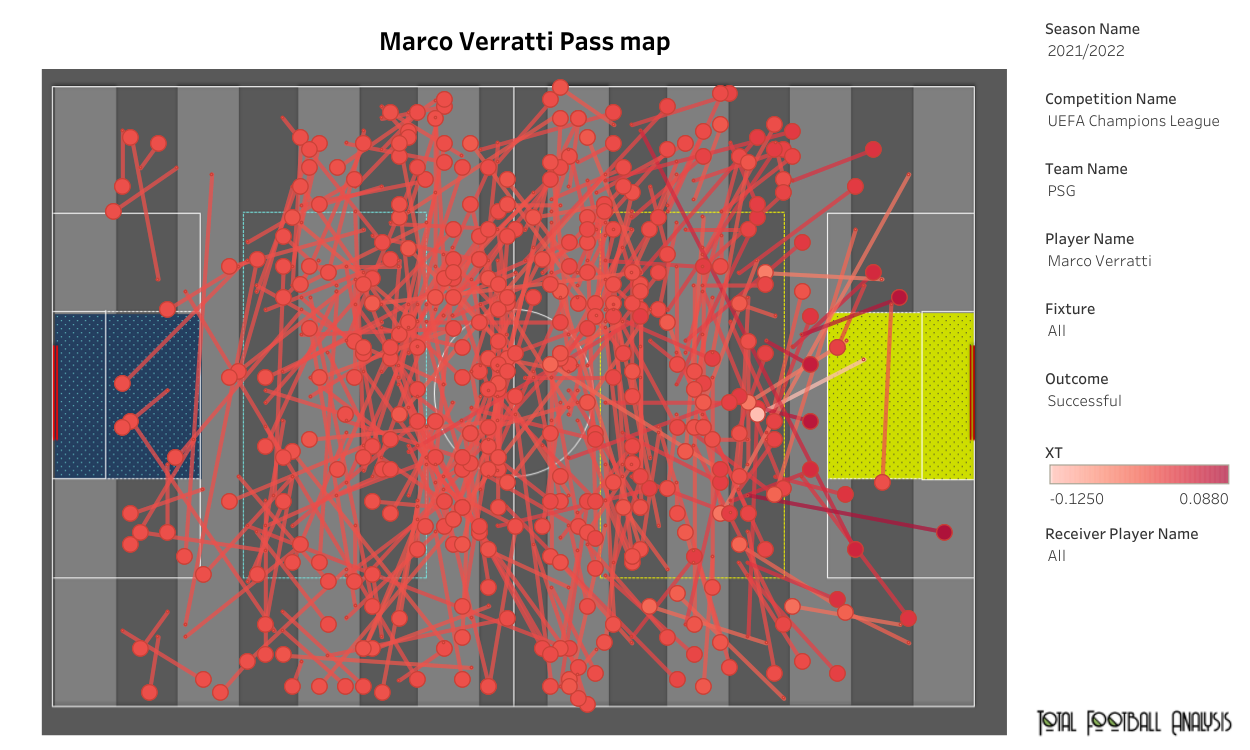 Verratti was a very reliable passer of the ball as he completed over 90% of his attempted passes. He completed slightly more than 400 passes out of his 442 attempts. Verratti also completed over five progressive passes per 90, 4.79 passes into the final third per 90, 2.08 key passes per 90 and 1.04 passes into the attacking penalty area per 90. All of these ranked him in the top three of the PSG squad. Additionally, the Italian made the most passes under pressure. 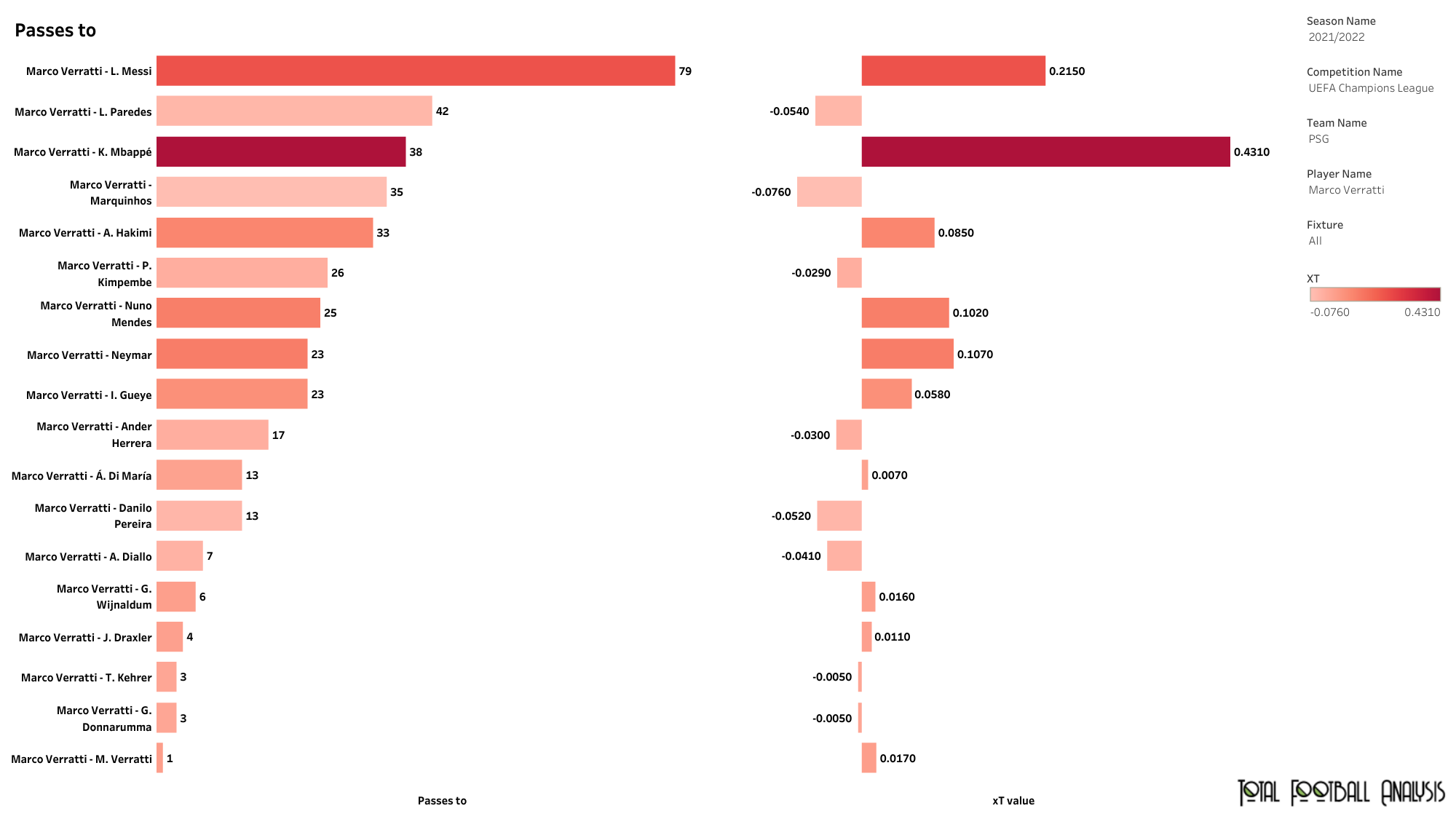 Verratti passed the ball to Messi the most (79 passes), and it generated the second highest xT value. His balls to Mbappe generated more than twice the xT value of Verratti to Messi. Besides his passes to the Argentine and the Frenchman, the Italian’s balls to Neymar and Nuno Mendes also generated xT values of over 0.1. 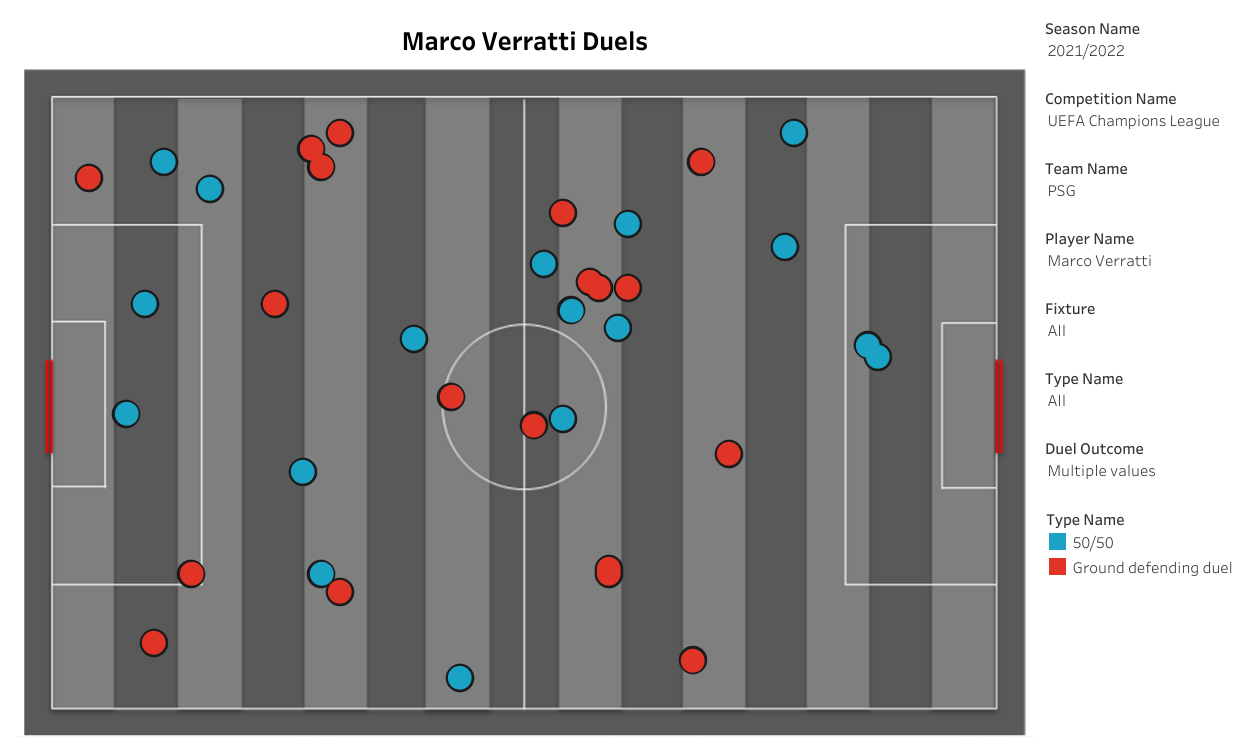 Verratti did not win a single aerial duel last season in the UCL. However, given his diminutive height of just 165 cm, this is hardly a surprise. Instead, he won quite a few ground-based duels and 50/50s. While most of these came in the midfield, he won some of these in the final third, thus forcing the opponent’s outfield players into making mistakes. He made 8.33 successful pressures per 90, 4.38 tackles and interceptions per 90, and 2.71 blocks per 90.

PSG and Marco Verratti will be hoping for a fresh start under Galtier after Mauricio Pochettino’s time towards the end became tumultuous. The Italian metronome will be a key figure in Les Parisiens squad as they attempt to consolidate their status as Ligue 1 champions and challenge bigger teams in Europe this season.