Paris Saint Germain have solved a right-back problem that has plagued them for several seasons last summer after the acquisition of Achraf Hakimi from Inter Milan proved to be successful. At the left-back position as well, Nuno Mendes’ arrival from Sporting CP seems to have solved the issue. While Juan Bernat can deputise at left-back, there are no right-backs capable of being a useful backup to Hakimi at the moment in Parc des Princes. There haven’t been any links to anyone in the market for this. However, one player who could be that backup to Hakimi is Shakhtar Donetsk’s Domilson Cordeiro dos Santos, or, simply known as Dodo. 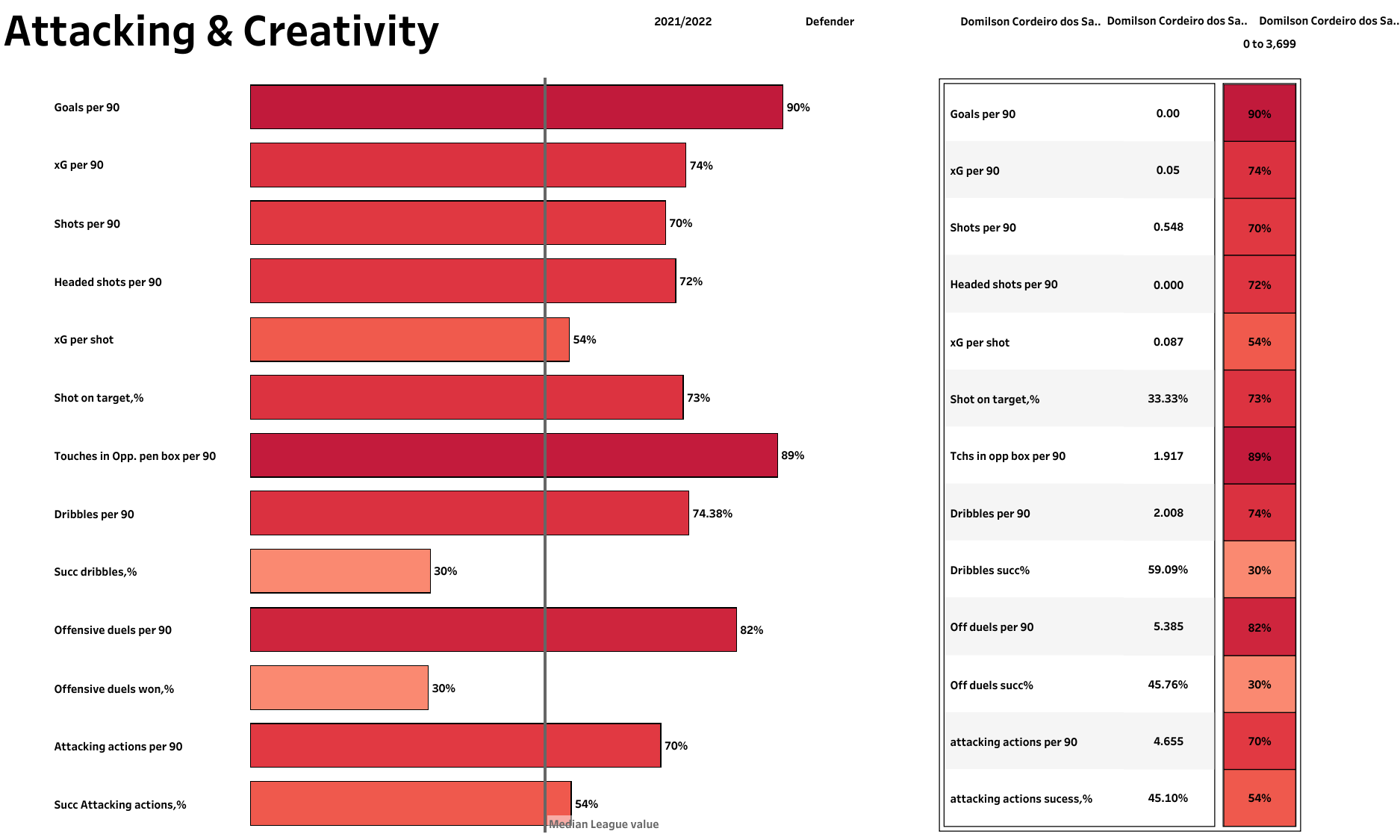 Dodo made 10 appearances for Shakhtar Donetsk in the UEFA Champions League last season, including the qualifying rounds. In fact, he played every minute available in the competitions as the team finished bottom of their group behind Real Madrid, Inter Milan and even Sheriff Tiraspol. He neither scored a goal nor provided an assist in his 10 games. He generated an xG per 90 of 0.05 and hit one-third of his shots on target. The Brazilian registered 1.92 touches in the opponents’ penalty box per 90, putting him in the top 11% among defenders. 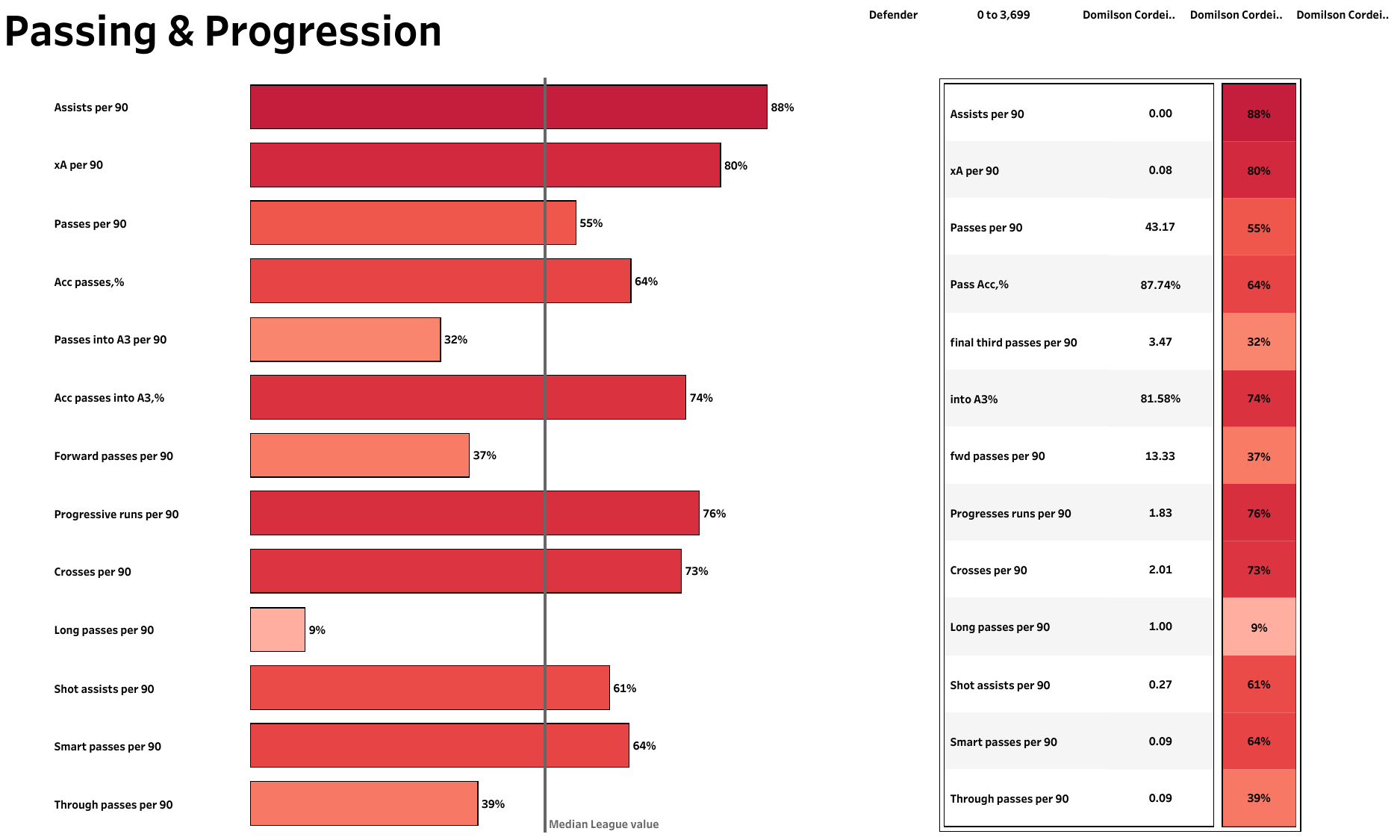 Dodo generated an xA per 90 of 0.08 despite failing to provide an assist. He completed nearly 38 passes per 90 out of his 43 attempts. Despite trying less than 3.5 passes into the final third per 90, he completed just under 82% of them. With 1.83 progressive runs per 90, the Brazilian was placed in the upper quartile among defenders. He also completed just more than two crosses per 90. 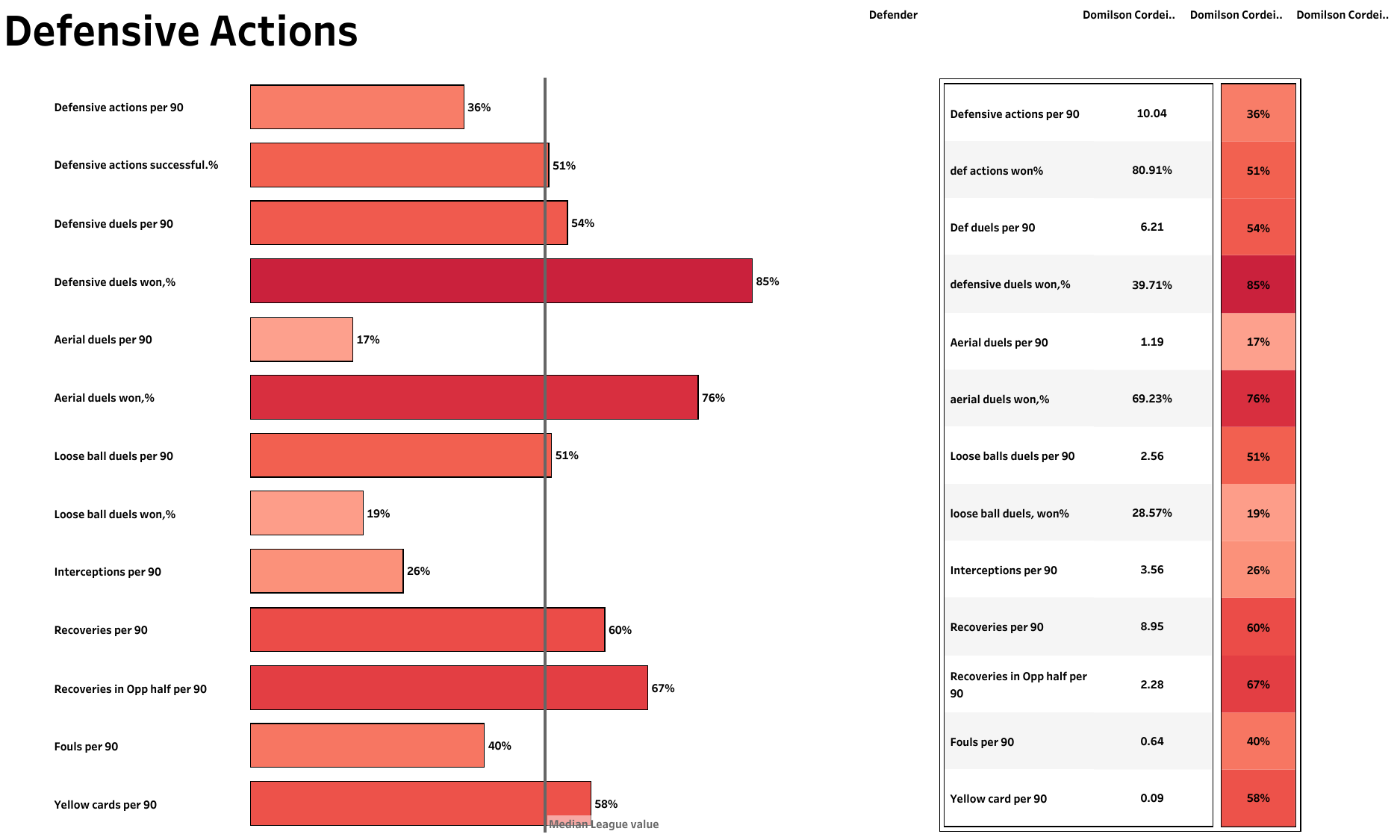 Dodo attempted slightly more than 10 defensive actions per 90, and he just won under 81% of them. He also competed in 6.21 defensive duels per 90 and won an astonishing 39.71%, the latter putting him in the top 15%. Despite contesting only 1.2 aerial duels per 90, he won a high 69.23% of them. This is even more impressive given his diminutive height of just 166 cm. He also made nearly nine recoveries per 90, comfortably placing him in the top half. 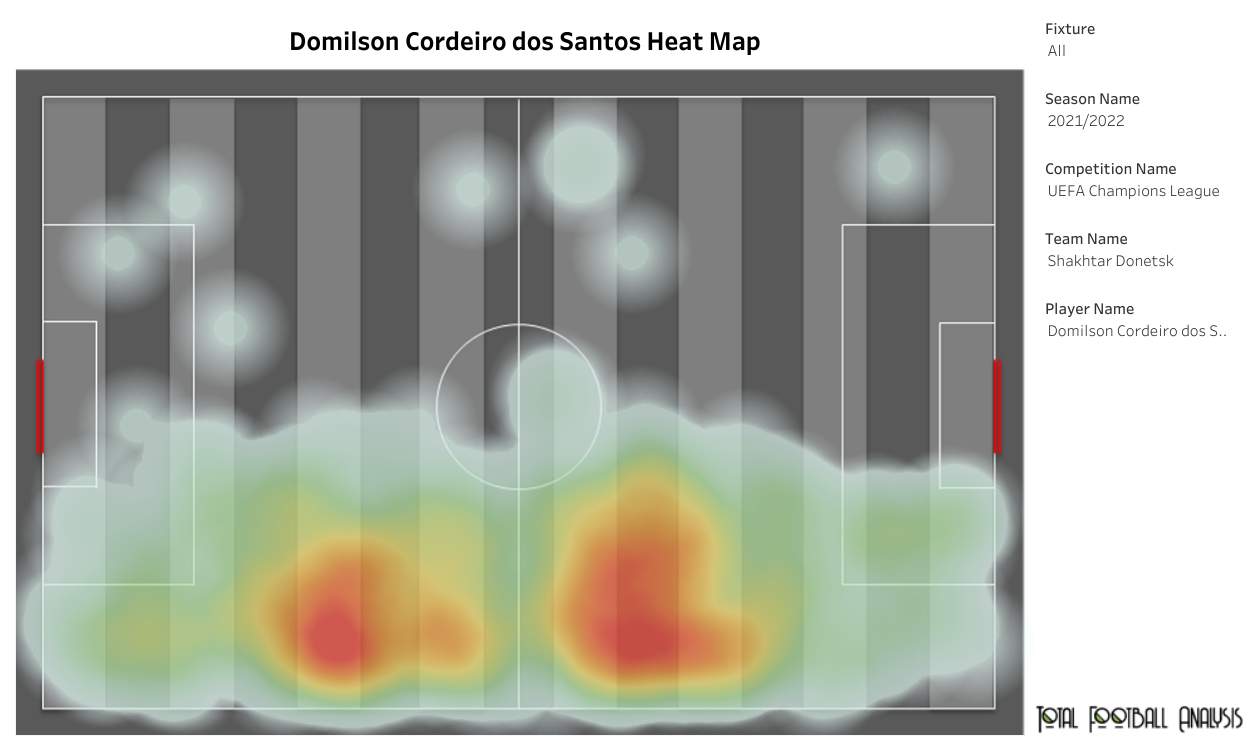 Dodo was a tenacious right-back last season as he was equally involved in his half and in the opposition’s half. He bombarded up and down the right wing like a proper modern-day full-back. In the group stages of the competition, he completed two progressive passes per 90, 2.33 passes into the final third per 90, 5.33 progressive carries per 90 and 1.67 carries into the attacking third per 90. Defensively, he completed 4.83 successful pressures per 90, 4.33 tackles & interceptions per 90 and 1.5 blocks per 90.

Dodo was one of the key men for Shakhtar Donetsk in their qualification to the UEFA Champions League group stages even though the team was miserable, failing to win a single game. He has already played 97 games for Shakhtar and has been linked with a move away from the club this summer. If he is to join PSG, the likes of Marquinhos and Neymar Jr. could help him settle quickly.