Under the microscope: Christopher Nkunku – Should PSG bring him back to the French capital?

With the contract of Kylian Mbappe expiring in June this summer, and the destination most likely to be the 13 time European Cup/Champions League winners Real Madrid, Paris Saint Germain must look to replace the World Cup winner as quickly as possible. Many players have been touted and even linked, but one such name that has flown under the radar at times has been current RB Leipzig and ex-PSG man, Christopher Nkunku. In this article, we will assess why the French Champions may want to bring back the former academy graduate. 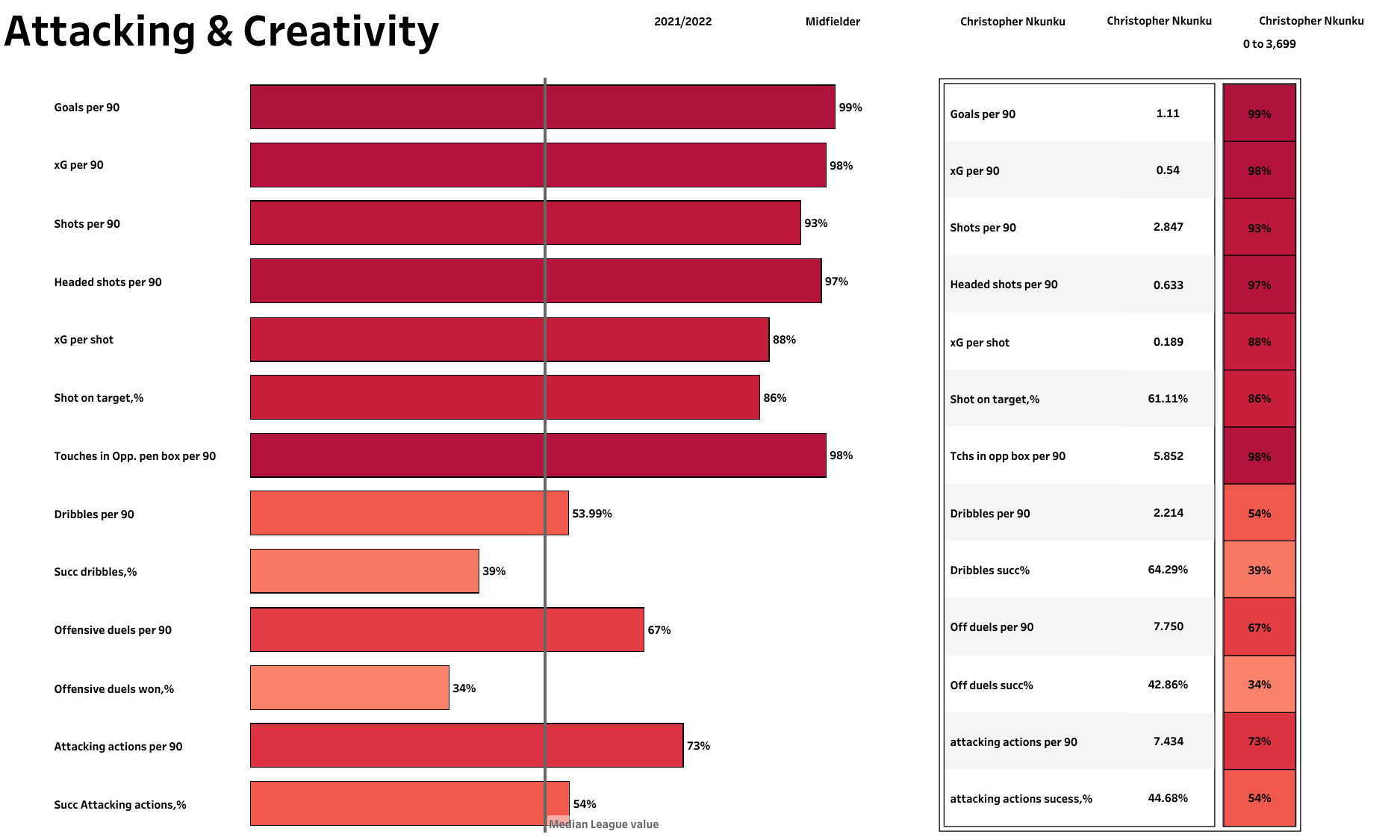 Nkunku netted seven goals and provided one assist in 530 minutes in the Champions League, contributing to a goal (goals and assists) every 66.25 minutes. Nkunku, as of writing, is the fifth highest goalscorer in the UEFA Champions League this season, despite the group stage elimination. The Frenchman has also vastly outperformed his xG per game of 0.54 by scoring at a rate of 1.11 goals per game, putting him in the top 1%. Despite standing at a height of 175cm, Nkunku ranks in the top 3% for headed shots per game. He also touches the ball in the opposition’s penalty area nearly six times per match. 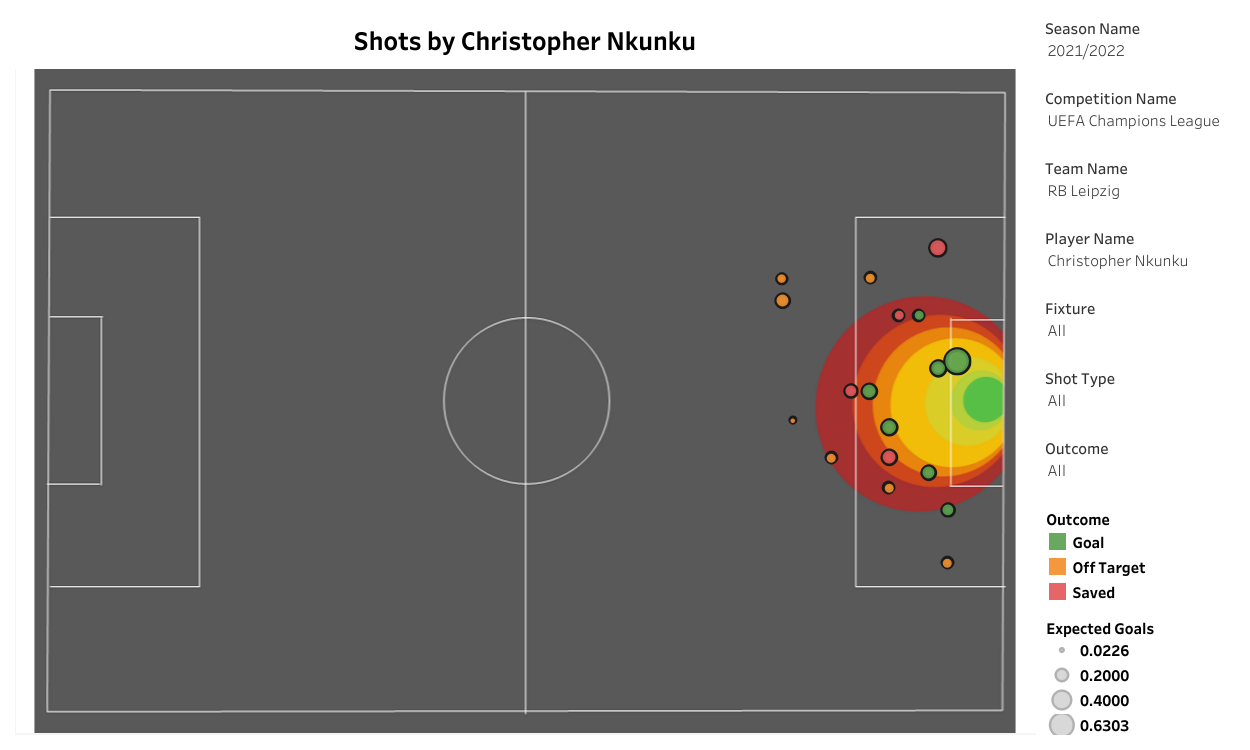 All seven goals from Nkunku in the UEFA Champions League have come from inside the box. In fact, he has shot only five times from outside the box out of 17 shot attempts. His shot conversion rate is an astonishing 2.43 shots per goal scored. 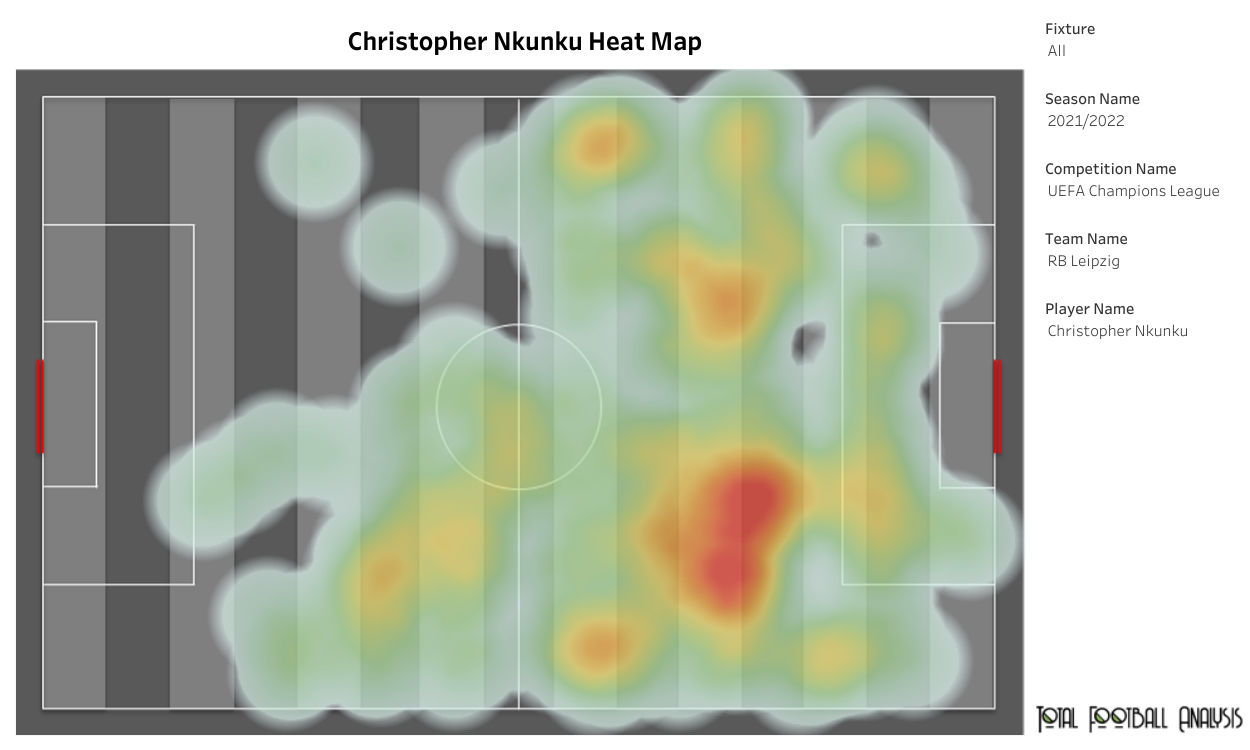 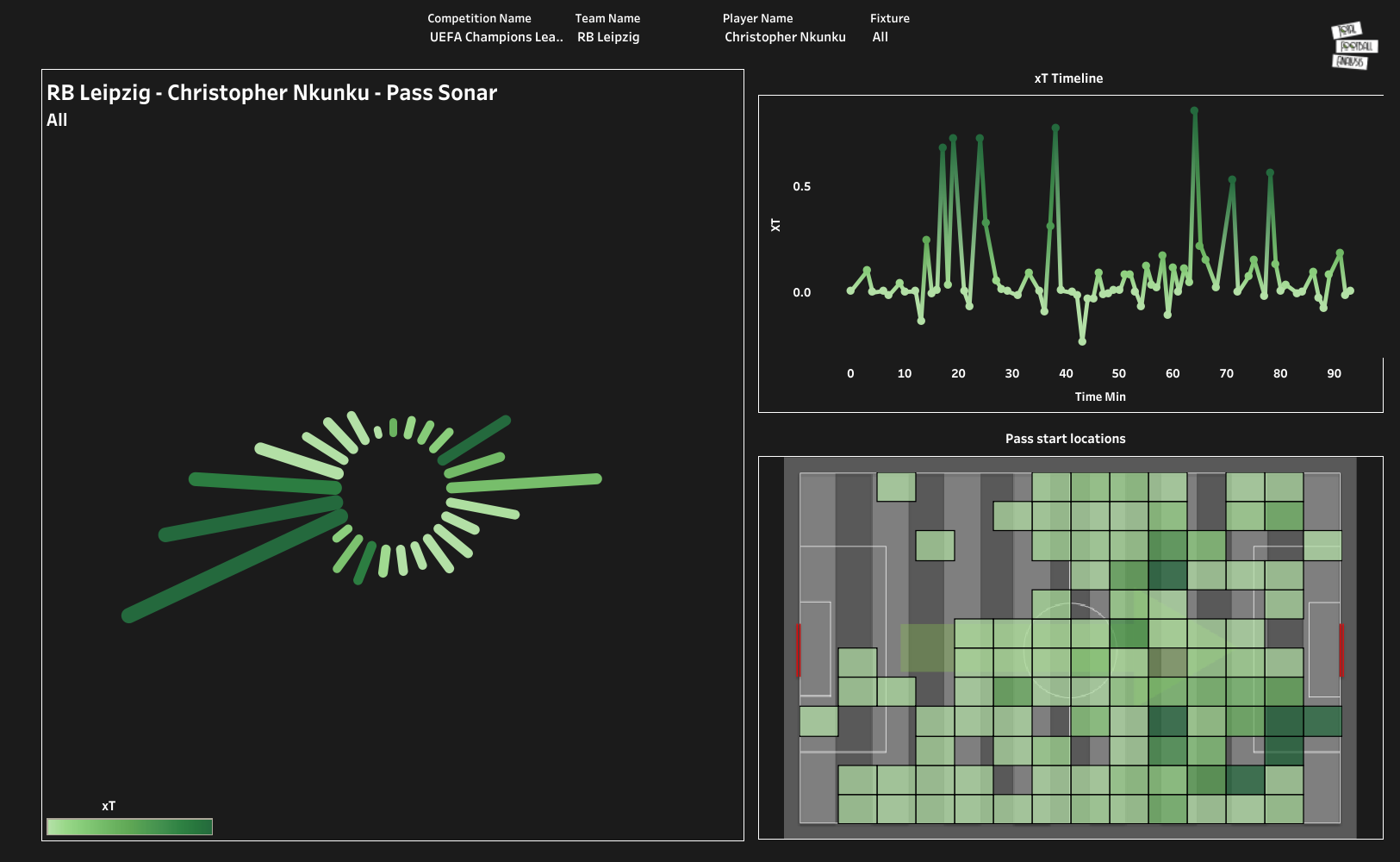 Shown in the above visual are the pass sonar, xT timeline and pass start location map of Nkunku for RB Leipzig in the 2021-22 UEFA Champions League. The attacking midfielder has created from inside the opposition’s penalty area a lot, which explains his sideways passes having a higher xT than forward passes.

Christopher Nkunku has had an exceptional campaign with RB Leipzig, both domestically as well as continentally. Despite RB Leipzig’s elimination from the group stages of the UEFA Champions League, which included Manchester City and PSG, Nkunku had a great UCL campaign for Die Roten Bullen. In the Bundesliga, he has been just as good for the East German outfit, scoring 20 and assisting 13 in 2723 minutes (or one goal or assist every 82.5 minutes), according to FBREF. Les Parisiens should attempt to bring Nkunku back to fill the void that might be created by Kylian Mbappe’s absence.

Previous articleFive Key Players That Can Help PSG Win the UCL Next Season
Next articleTransfer Talk: Richarlison – What could the Everton man add to PSG’s attack?