When Ander Herrera joined Paris Saint Germain on a free transfer from Manchester United in the summer of 2019, it was expected that he would provide competition, if not break into the starting XI. However, after three years at the Parc des Princes, his place in the team looks uncertain, and he has recently been put on the ‘to be sold’ list by the new manager, Christophe Galtier, and new sporting director, Luis Campos. Keeping this in mind, see why PSG want to ditch the former Real Zaragoza and Athletic Bilbao midfielder. 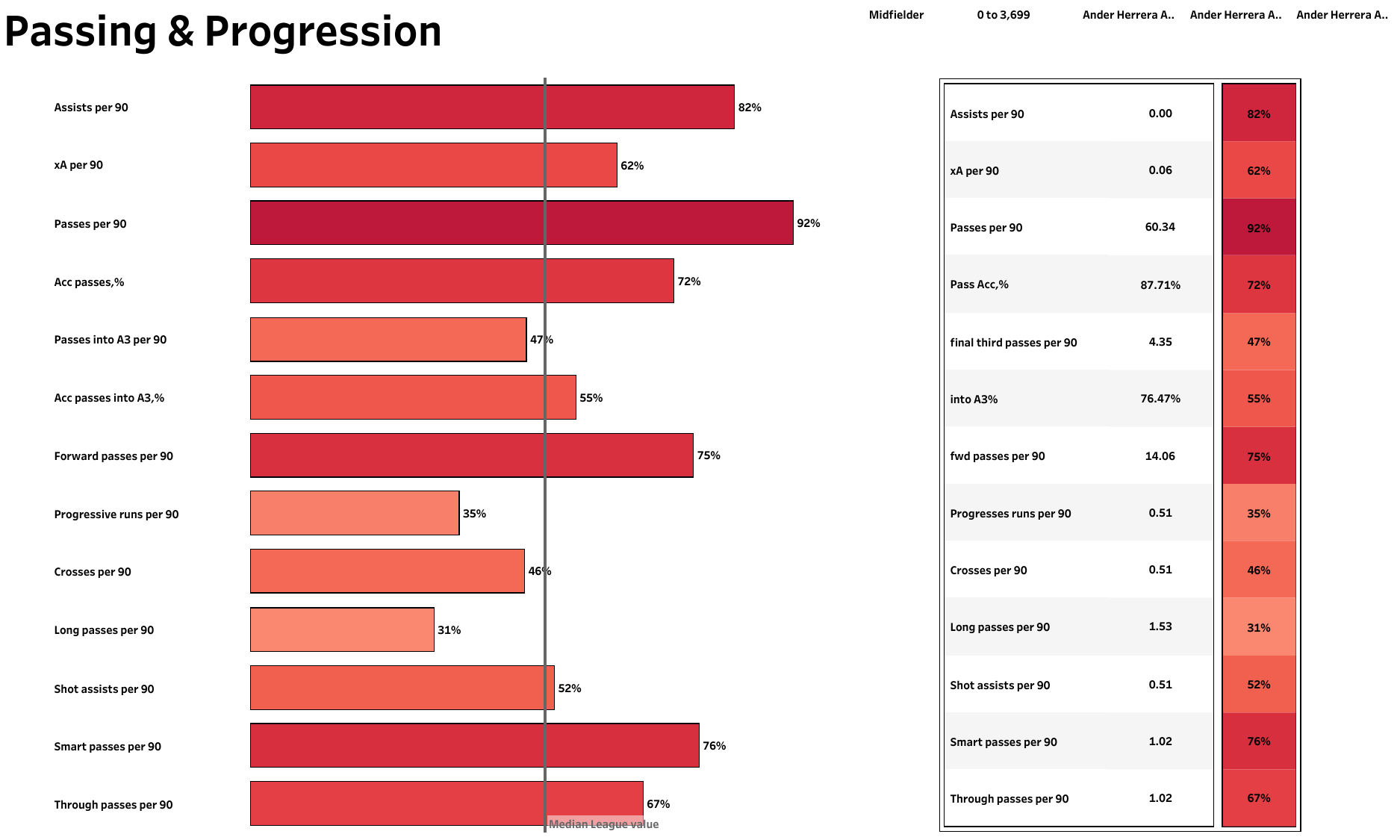 Herrera featured in 28 matches across all competitions for PSG last season, which included six in the UEFA Champions League. He scored once in the 326 minutes that he played on the field. He was active in the team’s build-up play, averaging over 60 pass attempts per 90 at an accuracy of 87.7%. The Spaniard was not much of a risk taker in passing as he was placed around the median mark for passes into the final third per 90 and its accuracy. He completed 14 passes in the forward direction, which put him in the upper quartile. Also in the upper quartile were his smart passes per 90, as he completed 1.02 of them. 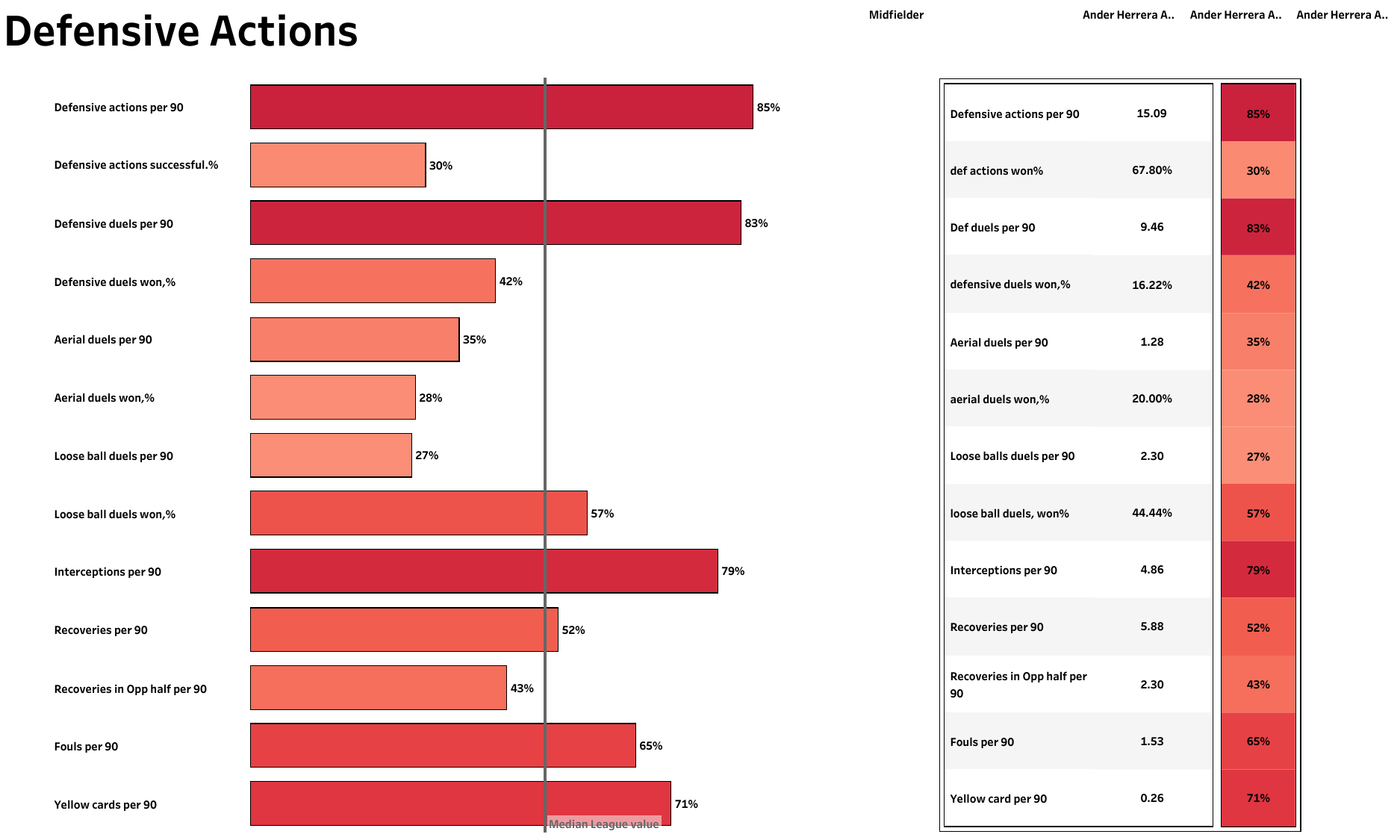 While Herrera was a hard worker off the ball defensively, attempting more than 15 defensive actions per 90 and 9.46 defensive duels per 90, he was not very efficient, as he won only 67.8% of the former and 16.22 of the latter, ending up in the bottom half for success rate by a clear margin. He was placed in the bottom third for midfielders for both aerial duels attempted per 90 and percentage of aerial duels won. This is in spite of the Spaniard standing at 182 cm tall. He made 4.86 interceptions per 90, which was enough to be in the topmost quartile among midfielders. 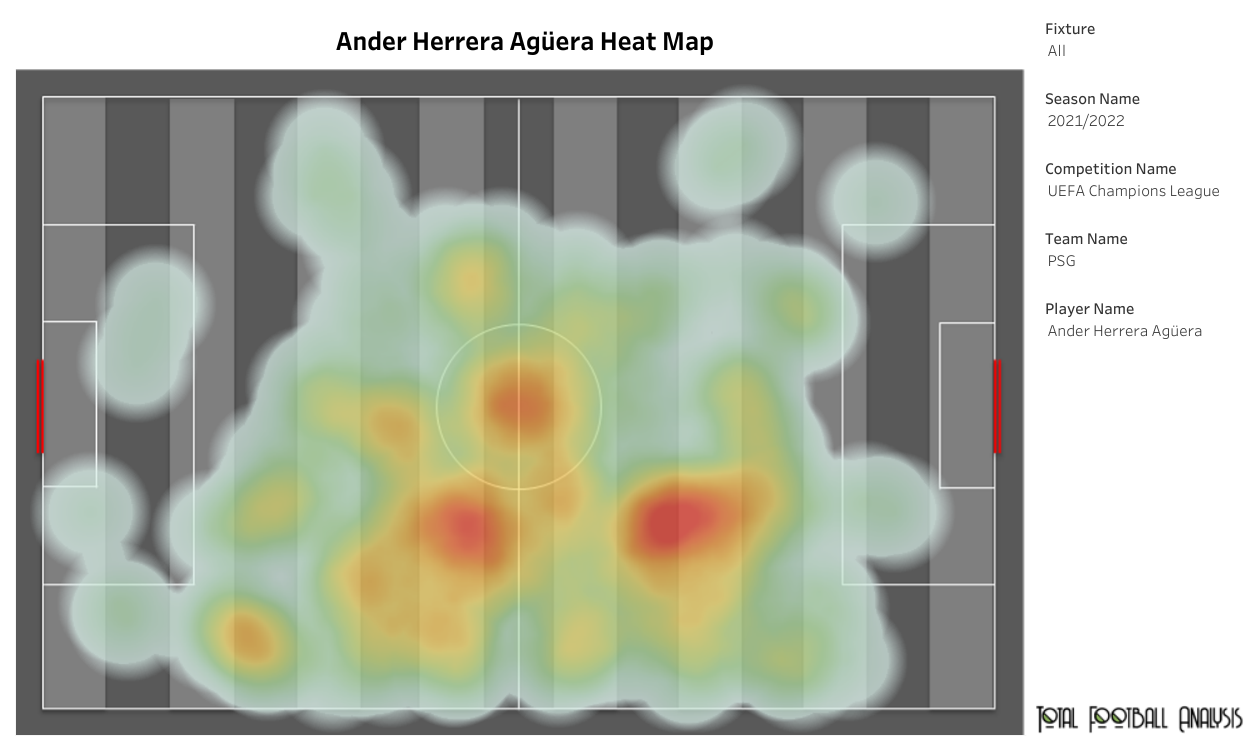 Herrera was most involved and active in the midfield for PSG, which is not much of a surprise, really. He participated in the action in his half as well as the opposition’s half. He took three shots, hit two of them on target and scored once. With the ball at his feet, the Spaniard completed 2.22 progressive passes per 90, 4.17 passes into the final third per 90 and 1.11 passes into the penalty area per 90. Defensively, he attempted 19.4 pressures per 90 (of which five per 90 were successful), 4.72 tackles & interceptions per 90, 1.39 blocks per 90 and 1.11 clearances per 90.

While Ander Herrera performed more than decent in the last season with PSG, it still does not look good enough in the eyes of Luis Campos and Christophe Galtier. With him turning 33 in August, there is not much hope for the former Manchester United player for a future at the Parc des Princes.