When Paris Saint Germain signed Achraf Hakimi from Inter Milan in the summer of 2021, there were huge expectations on the youngster to fill what was previously a weak spot for the French club. For years, Les Parisiens struggled in the full-back areas. It is now safe to say that it has been spectacularly solved with Hakimi on the right and Nuno Mendes on the left. The 23-year-old hit the ground running and had a successful first campaign at the Parc des Princes, especially domestically. 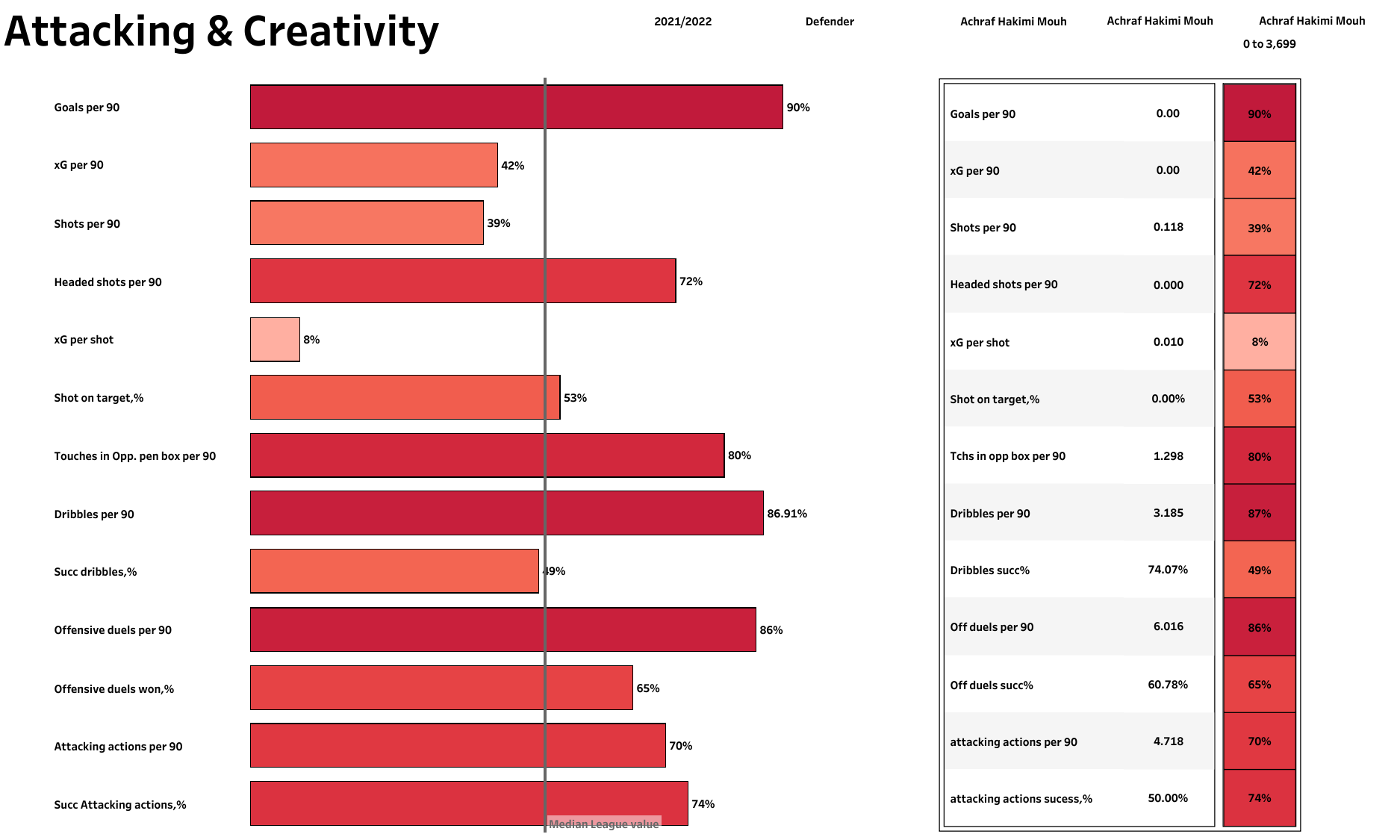 Hakimi played 41 matches in all competitions last season for PSG, including eight in the UEFA Champions League. He played in all but two minutes of the available time as the club was knocked out in the Round of 16 by the eventual winners. He may not have scored or assisted in the competition but he was constantly providing attacking threats down the right wing. The Moroccan international, who was born in Spain, registered 1.3 touches in the opponents’ penalty area per 90, which comfortably placed him in the upper quintile. Similarly, he was also ranked in the top 14% among defenders for dribbles attempted per 90 and offensive duels contested per 90. 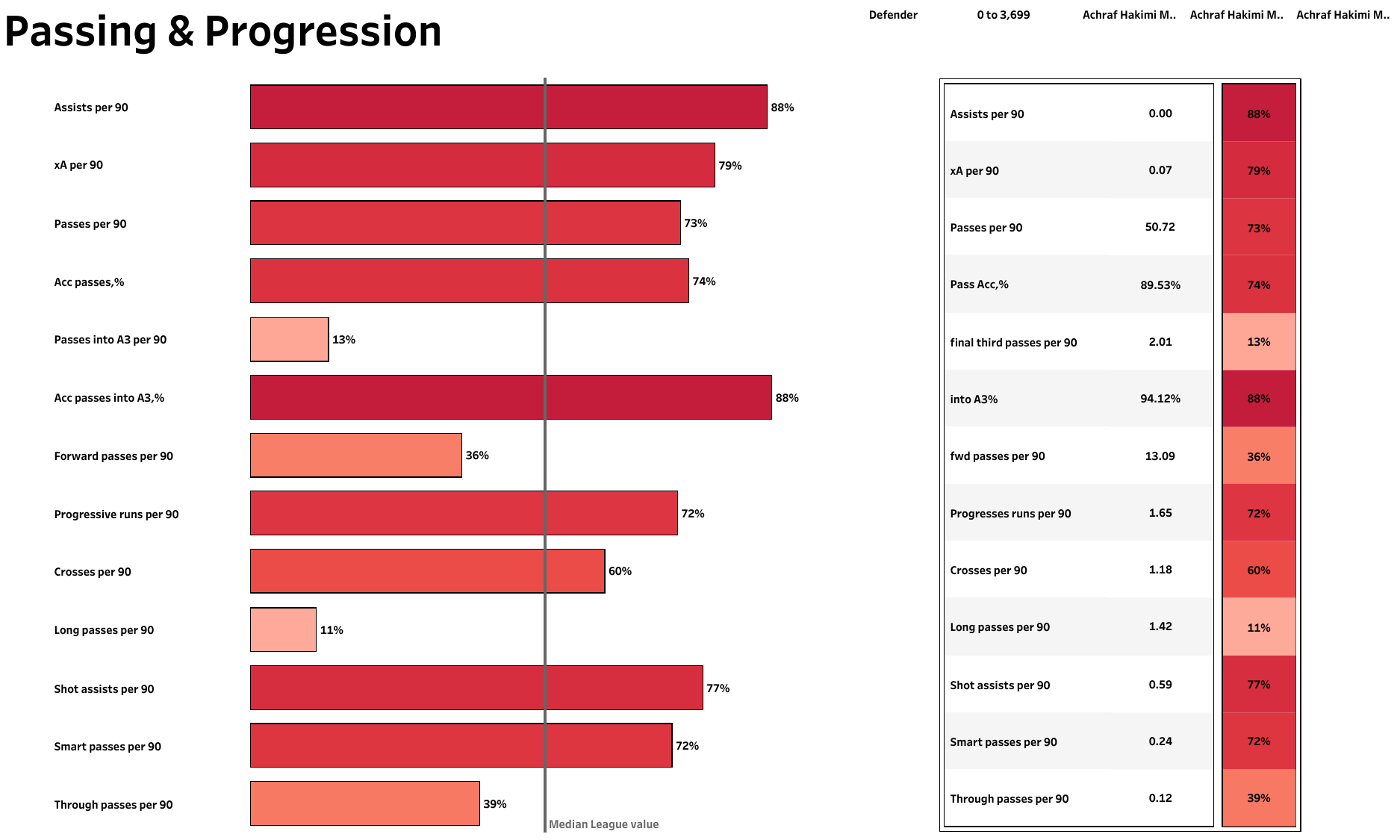 Hakimi was fairly involved in the build-up of PSG’s attack, attempting over 50 passes per 90 at a highly respectable pass accuracy of 89.5%. Even though he tried only two balls into the final third per 90, he completed a whopping 94% of them. He made 1.65 progressive runs per 90, which put him in the upper third among defenders. The Moroccan right-back generated 0.59 shot assists per 90 and 0.24 smart passes per 90, both of which put him in and around the upper quartile for defenders. 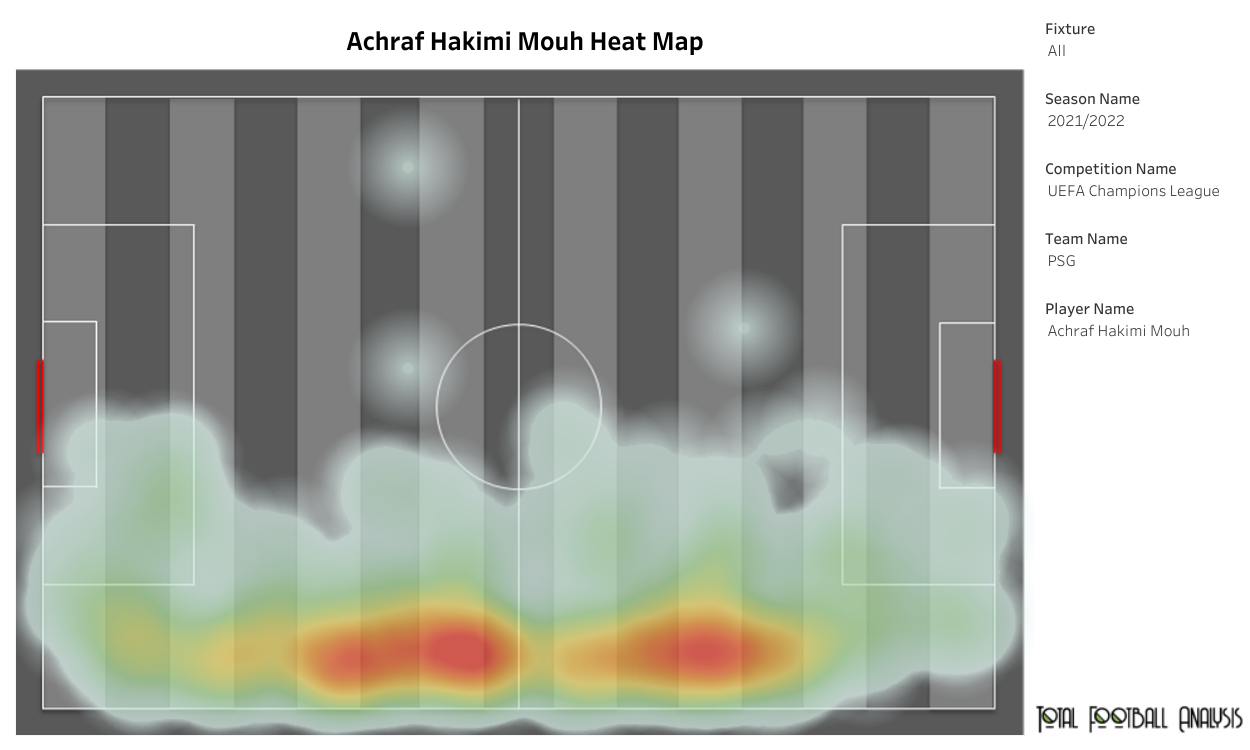 Hakimi was a constant threat down the right-hand side of the pitch. He tracked back quite a lot but, as an attack-minded full-back, he was at his best when he advanced forward and made overlapping runs into the final third and delivered crosses. He attempted 17.4 pressures per 90, 4.13 tackles and interceptions per 90, 2.13 blocks per 90 and 1.5 clearances per 90. 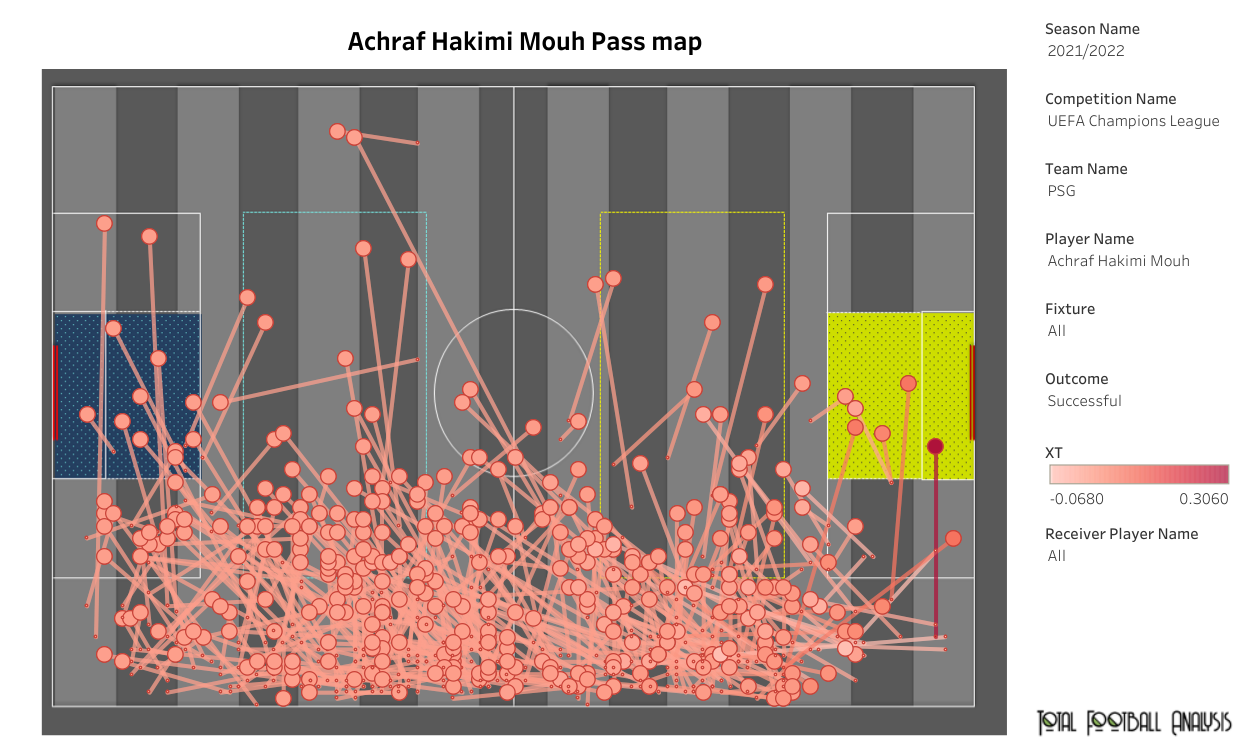 Hakimi was a very dependable passer for PSG, completing nearly 90% of his attempted efforts. Unsurprisingly, most of his passes came down the right flank. With the ball at his feet, the former Inter Milan right-back completed 1.88 progressive passes per 90, 1.25 passes into the attacking third per 90 and 0.88 key passes per 90. Additionally, he also completed 4.75 progressive carries per 90 and 1.75 carries into the final third per 90.

Hakimi had a highly successful domestic season at the Parc des Princes but could not perform as well on the European stage. He will now look to build on the solid base for this upcoming season under Christophe Galtier in Ligue 1 and would want to improve in the UEFA Champions League.